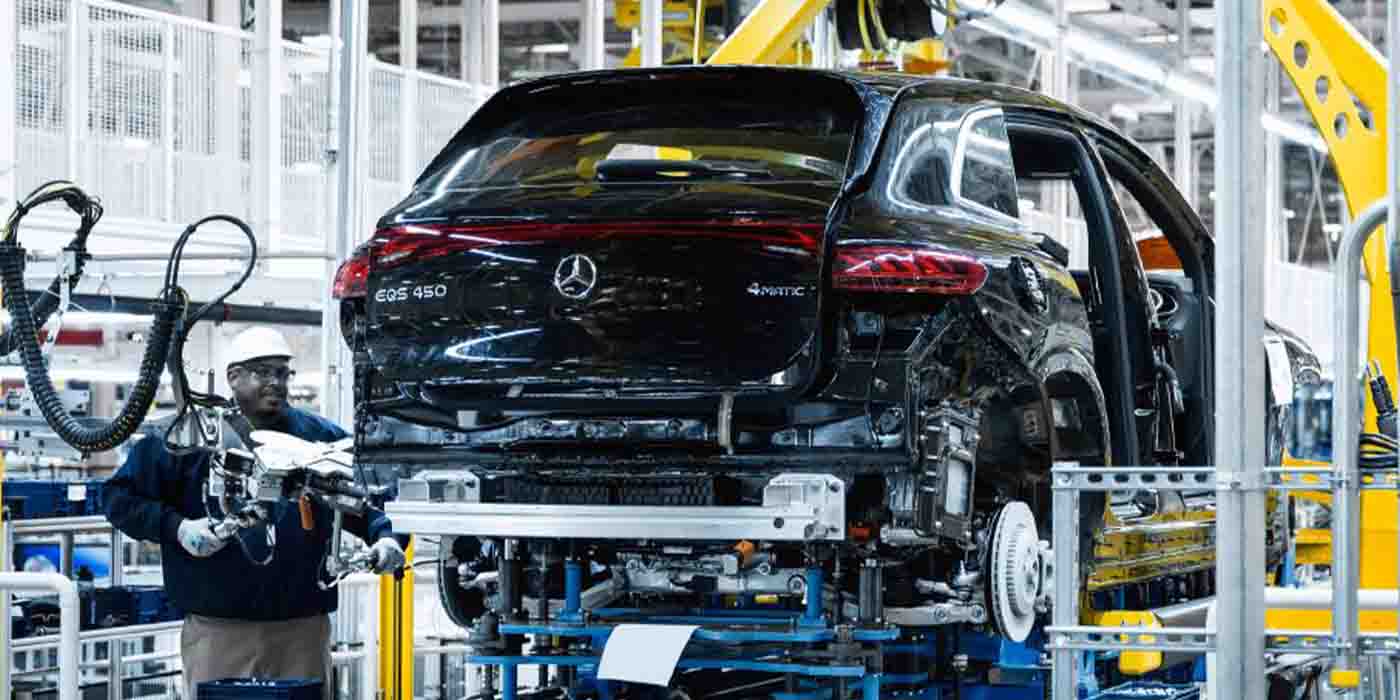 Mercedes-Benz announced the official launch of EQS SUV production today, the first of its EQ line to be built entirely in the US. With a start of production and Mercedes’ Tuscaloosa assembly plant in Alabama, we expect to hear EQS SUV pricing soon as deliveries remain on track for later this year. With the recent signing of the Inflation Reduction Act, we wonder if the US-built electric SUV will qualify for federal tax credits under the new terms of the bill.

The public first caught wind of an SUV version of Mercedes-Benz’s EQS sedan in October of 2020 when the German automaker shared camo’d footage of its first three EVs on its new electrified EQ line: the EQS, the EQE sedans, and the EQS SUV.

The EQS sedan has already reached consumers and received wide acclaim, and the smaller EQE will soon follow. But it’s the SUV version of the former that has a lot of people excited. Mercedes shared a slew of new details and performance specs of the EQS SUV this past April. Check all those out here.

Today, the EQS SUV moves closer to deliveries as its assembly lines at Mercedes’s carbon-neutral facility begin to hum with the welcomed sounds of EV production.

EQS SUV ramps up in US, but what about those tax credits?

The German automaker announced its official start of EQS SUV production in the US in a press release today, sharing details of the CO2-neutral production facilities in Bibb County, Alabama, which includes a passenger vehicle plant in Tuscaloosa and a new battery plant where the EQS battery systems are built.

The Tuscaloosa site has been in operation by Mercedes since 1997 and, with its start of EQS SUV production, marks its pivot toward EV assembly on American soil. Jörg Burzer, member of the board of management of Mercedes-Benz Group AG, production and supply chain, spoke:

Our production network is very well positioned for the sustainable and rapid scaling of electric vehicle volumes. With the new EQS SUV joining our production portfolio of all-electric Mercedes-EQ models, we reached another important milestone in our strategy to go all electric by the end of the decade – wherever market conditions allow. I am absolutely sure that our great Tuscaloosa team will make the electric SUV another global success.

The EQS SUV production in Alabama will soon be followed by the assembly of the recently announced EQE SUV later this year. Both all-electric EVs and their battery components being assembled in the US will prove vital for any chance at qualifying for federal tax credits under stricter terms defined under the recently signed Inflation Reduction Act.

Mercedes will already clear two crucial requirements by building its electric SUVs and batteries on US soil, but they will also need to come in below the $80,000 MSRP threshold for electric SUVs. For comparison, the sedan version of the Mercedes EQS starts at an MSRP of $102,310 for the “lower end” 450+ trim.

Since the German automaker has yet to share any pricing, we are left to wonder if these vehicles will qualify for money back while the dust of confusion and fine print settles on the capital. We are certain to learn more when Mercedes eventually shares EQS and EQE SUV pricing, which should be fairly soon considering their scheduled delivery timelines. More details to come.