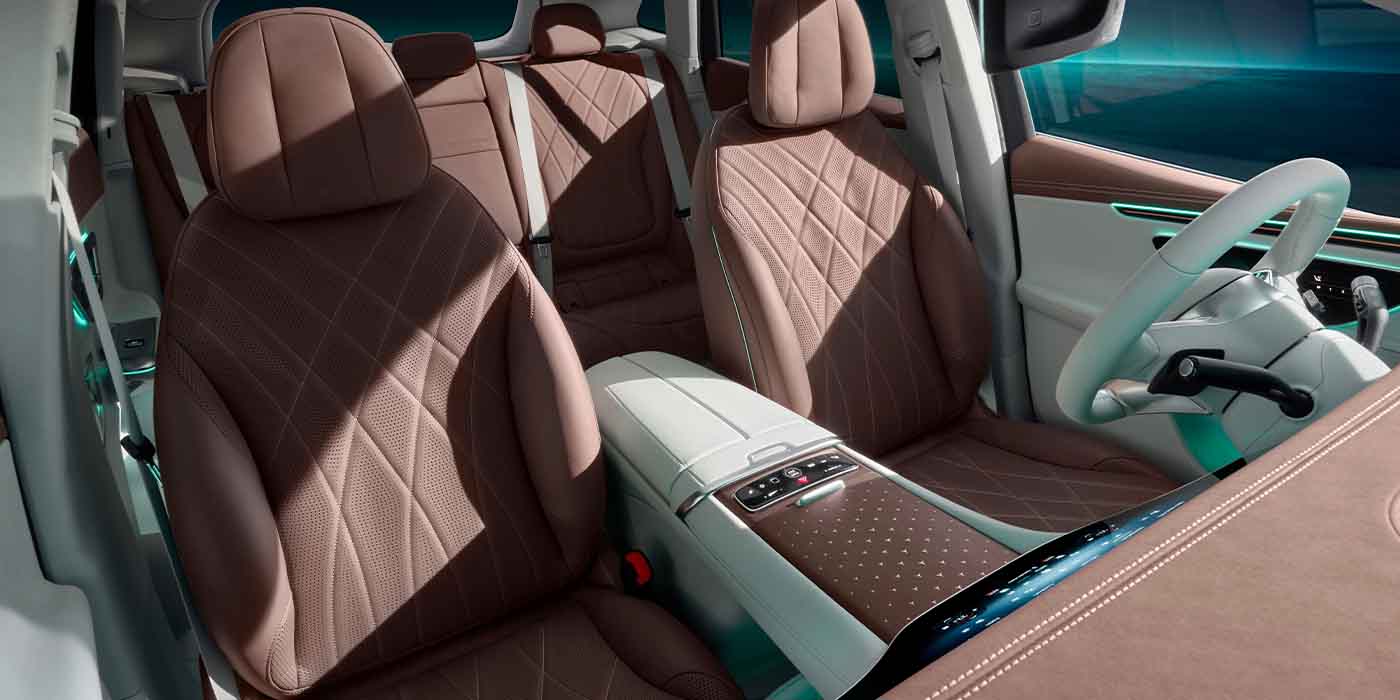 Mercedes has offered the public the first glimpse of the interior of its upcoming EQE SUV. First glance appears to be on brand for the German automaker’s EQ line of EV sedans and SUVs, and MB is promising this one will deliver some of the most spacious interior in its class when it debuts in October.

Mercedes-Benz debuted its EQE sedan in September of 2021 as a smaller, follow-up EV to its flagship EQS. An ever-growing EQ line of additional EVs have been announced or have arrived in global markets of Europe, North America, and China.

In addition to EQC and EQB models, Mercedes has been teasing a seven-seat EQS SUV, scheduled to arrive later this year. Naturally, Mercedes, has followed the same production path as its sedan by also introducing plans for an EQE SUV.

In the meantime, Mercedes has offered a first glimpse of what the interior of the EQE SUV will look like. Take a peek.

According to Mercedes-Benz’s press release sharing the images above, the EQE SUV will be even more dynamic than the EQS SUV and offer one of the most spacious five-seater cabins in its class. Here are just a few details you can identify above:

The dominant outer vents have a turbine design, deliberately playing on the theme of hyper analogue through the contrast between high-tech precision mechanics. The front section of the center console joins the instrument panel and is free-standing in space. The vent band from the cockpit is visually continued in the front doors.

The EQE SUV will make its official world debut on October 16, where we are sure to learn plenty more. Circle back to Electrek for more EQE SUV updates this fall.