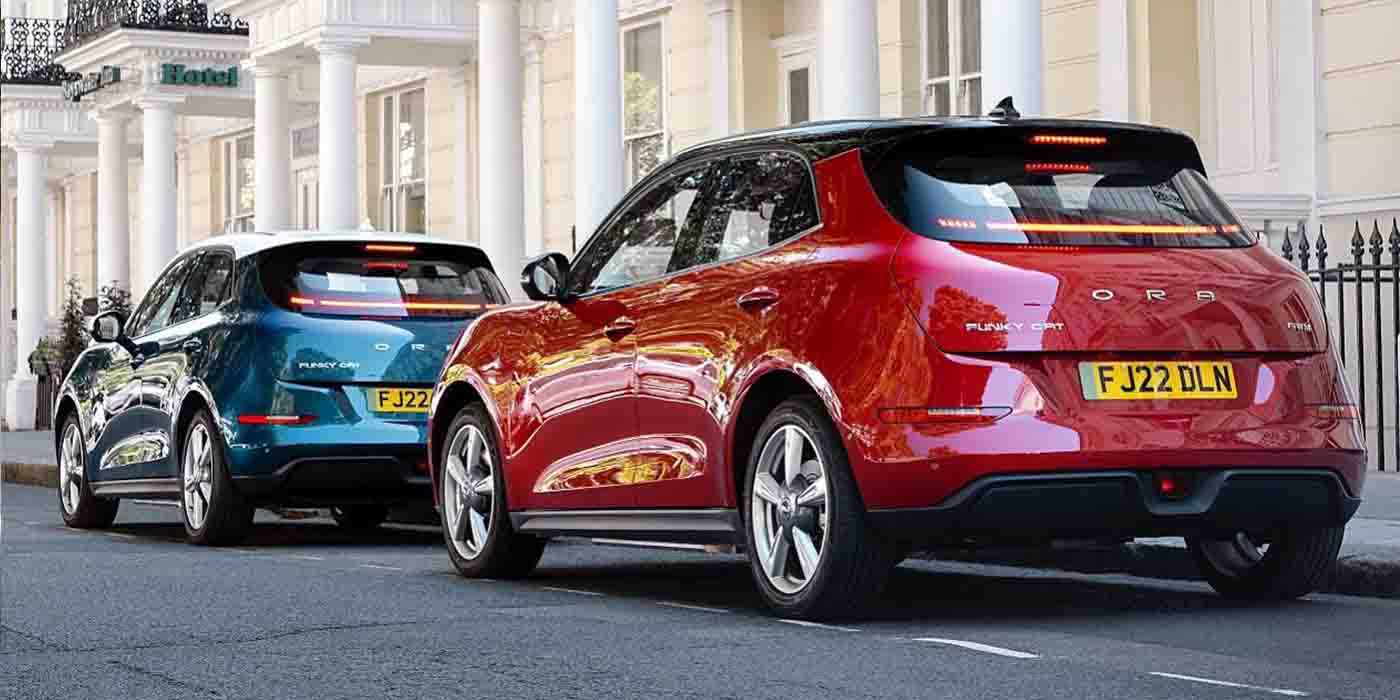 Chinese automaker Great Wall Motor has announced its next steps in previously laid out plans to expand EV sales to markets in Europe. Beginning with Germany, Great Wall has recruited the services of Emil Frey – the EU’s largest car dealer group to help distribute vehicles from the Ora and Wey marques.

Great Wall Motor (GWM) is the largest manufacturer of SUVs and pickups in China and was the third largest plug-in EV manufacturer in 2021. The company has gained significant notoriety and hunk of the Chinese market share since its founding in the mid-80s, but has been transitioning to EVs more recently under its marques like Ora and luxury SUV brand Wey.

In the past, GWM has expanded its footprint well beyond the Chinese market, but not too many EVs have made their way around yet, especially not in Europe. In 2021 however, Great Wall announced plans to sells EVs in Europe following news of a new headquarters in Munich.

Since then, the Chinese automaker has been gearing up to bring its EVs over, beginning in Germany. The first vehicle will be the Ora Good Cat, which has been rebranded as the Funky Cat for the EU.

Before sales begin however, Great Wall has recruited a dealer group to help alleviate some of the difficulties in establishing one’s own sales and service network in a new market.

According to Automotive News Europe, both companies have entered into a strategic partnership that entails Emil Frey helping distribute GWM’s Ora and Wey brands, beginning in Germany.

Additionally, the new partners are already engaged in “intensive talks” to extend their partnership to distribute both Chinese EV brands to other large markets in Europe. Great Wall’s head of the European Market Xiangjun Meng spoke:

For Great Wall Motor this is a milestone on the way to Europe. This cooperation project with Emil Frey sets the course for our market entry and for the way to our customers.

Sources close to the automaker say it chose Emil Frey based upon the advantages the partnership would offer over trying to set up its own sales and service network. As a result, GWM’s brands will gain access to Frey’s extensive sales, service and spare parts business in Europe, which currently supports 28 other automotive brands in Germany alone.

Fellow Chinese EV automaker XPeng announced a similar collaboration agreement with Emil Frey Nederland NV to help distribute its vehicles in the Netherlands, but opted to use the dealer group Bilia in Sweden instead of Frey.

Data from analyst Matthias Schmidt shows that 16% of the 1.2 million EVs sold in Western Europe in 2021 were imported from China, and the number of Chinese brands selling EVs in Europe is expected to reach double digits this year alone. Their optimism for success in these new EU markets is their specific expertise in EVs.