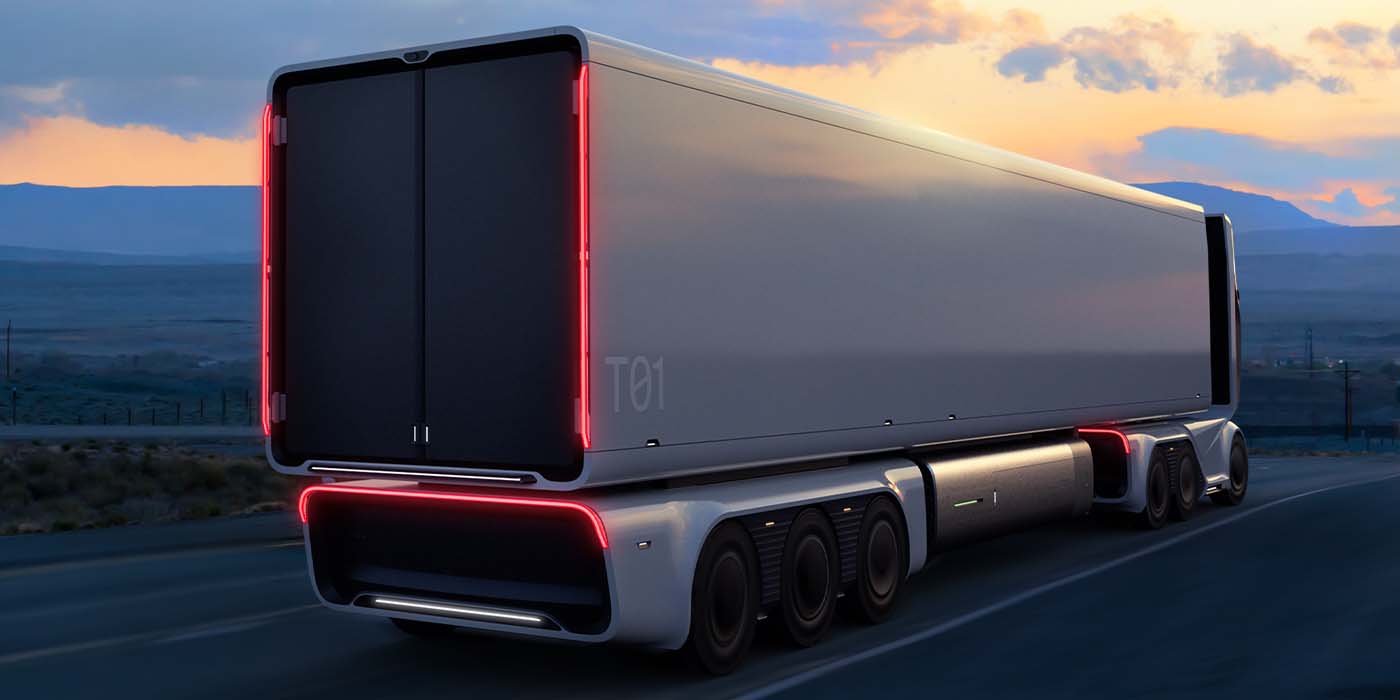 During its inaugural Einride Mesh technology conference, autonomous EV freight company Einride introduced new software and hardware products. This included updates to its Saga operating system as well as the debut of the new Einride Trailer – a design concept that brings end-to-end payload intelligence along with added overall range from its integrated battery.

Einride is a freight technology company founded in Sweden in 2016 that develops electrified commercial mobility solutions and autonomous Class 8 trucks. We first covered the startup in 2018 when it unveiled its T-Log, an autonomous all-electric logging truck.

This was followed by Einride’s nameplate vehicle, the Pod – a similar all-electric, driverless truck that first began public road testing in Sweden in 2019 and will soon hit US roads too. Last November, Einride announced its market entry stateside, including plans for a new headquarters in New York.

In addition to the development of its autonomous Pod trucks, Einride also provides E-Trucks featuring its data-driven Saga Platform to help optimize fleets and logistics for its customers. In 2022 alone, Einride has shared plans to deploy 200 battery electric Class 8 trucks from BYD in the US and has partnered with Danish shipping giant A.P. Moller-Maersk (aka Maersk) to further electrify the shipping segment.

With its latest announcements out of Sweden, Einride has bolstered its Saga OS and could soon deliver an impressive-looking new battery electric trailer.

Einride announced its new product developments during its first-ever Einride Mesh – a conference held in Gothenburg, Sweden, offering keynotes, panel discussions, and demonstrations from leaders in tech and sustainability.

During the event, Einride made some announcements of its own pertaining to its Saga operating system. Saga currently helps optimize transport flows for electric and autonomous shipping fleets by analyzing all physical conditions and routing needs with algorithmic precision.

Last but not least, Einride Mesh attendees got a glimpse of the company’s next potential EV called the Einride Trailer. Einride describes this new battery integration as a “design concept” for now but does have plans to eventually bring it to production with initial piloting as early as 2023, following further design iterations.

The Einride Trailer ​​is designed for seamless integration with other Einride electric and autonomous vehicles to provide optimal performance. That being said, it will also be compatible with conventional electric semitrucks. According to the press release, the Einride Trailer combined with one of the tractor options mentioned above can extend the overall range of electric vehicles to over 400 miles (650 km) on a single charge.

When we asked Einride to clarify how it got this number without knowing the range of the tractor pulling the new trailer, a representative for the company explained:

The Einride Trailer’s integrated batteries enable it to extend the range of Einride’s connected electric trucks. We can a get to a certain range number based on the known power of the Einride 320 kWh batteries compared to what we can project a vehicle can pull.

We should learn more about the exact range the Einride Trailer will provide when we see future iterations and piloting with specific Einride EVs pulling it. Aside from added range, we know the trailer will also arrive loaded with tech and powered by Einride Saga.

Shippers could be notified when the trailer is being loaded/unloaded and when cargo is being processed. Saga also assists in preventive maintenance, addressing issues before they become more costly or dangerous to repair. Check out the debut video from Einride below: