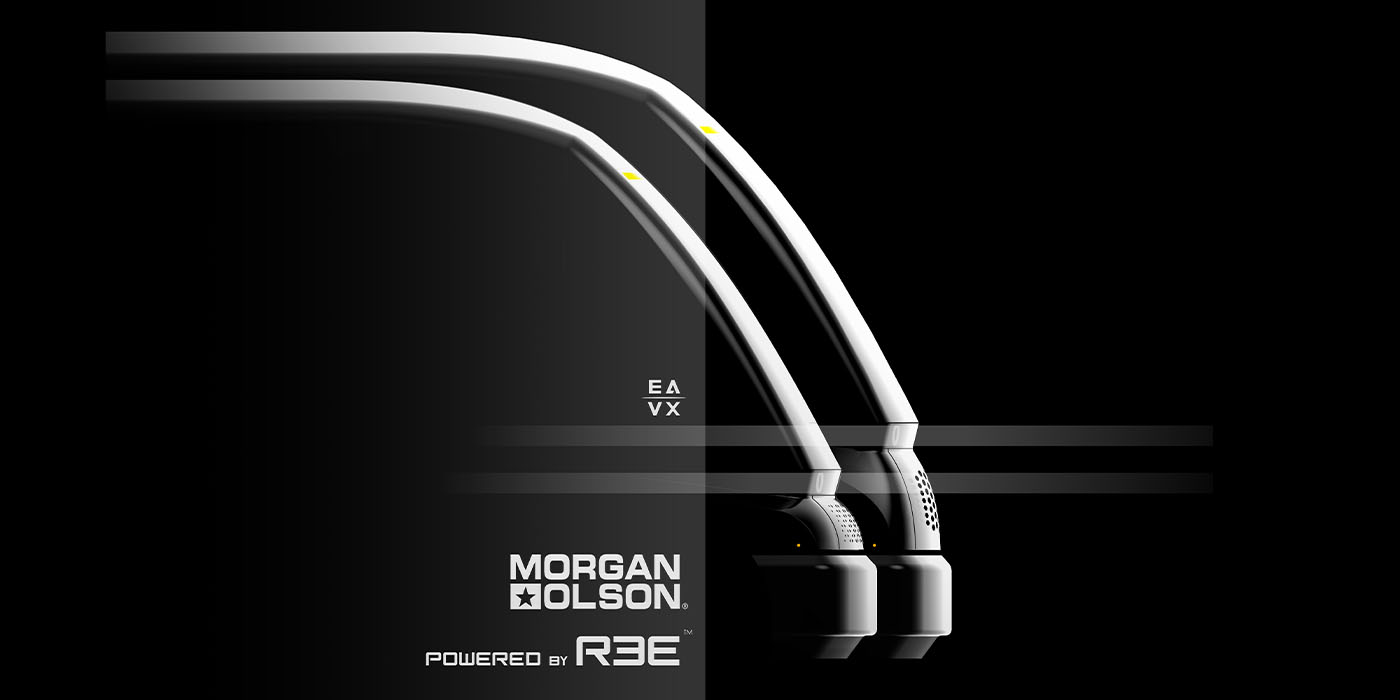 Electric vehicle technology company and platform provider REE Automotive has offered two updates to its progress in the commercial EV segment. First, REE has proven its cloud-based robotic assembly approach and is on schedule to implement it in the UK followed by the US. Additionally, REE has teased its first commercial EV developed alongside JB Poindexter subsidiary, EAVX. REE Automotive and EAVX’s walk-in van prototype will begin customer evaluations this summer.

REE Automotive ($REE) is an e-mobility solutions company headquartered in Tel Aviv, Israel with additional footprints in the US, UK, and Germany. Last summer, REE announced a US headquarters planned for Austin, which is scheduled to open sometime in the second half of 2022.

The company specializes in developing and manufacturing modular EV platforms for B2B transactions, as well as proprietary REEcorner technology.

2021 was a busy year for REE Automotive, as it announced collaborations with Magna International and Toyota’s Hino Motors, not to mention an additional collaboration with Hitachi America to provide Data-as-a-Service (DaaS) and Analytics-as-a-Service (AaaS) platform solutions to fleets.

At CES in early January, REE automotive shared details of its P7 platform specifically designed with deliveries in mind. Following two updates from REE this week alone, the company is making continued strides in reaching scalable commercial production, and will begin evaluating a walk-in van prototype on the aforementioned P7 platform.

REE’s first update came on Monday morning, when the company publicly shared its production progress as it looks to open its first highly-automated “Integration Center” in Coventry, UK.

In its press release, REE confirmed that the cloud-based, robotic assembly lines have proven successful and will begin operation in Coventry to serve Europe.

REE states that the initial Coventry facility will serve as the blueprint for all future Integration Centers and will initially focus on production of the P7 platform to support electrified vans, buses, and RVs. Its initial production capacity will be 40,000 REEcorners this year, which equates to 10,000 EVs.

The next Integration Center is already planned for Austin, Texas, to serve North America, and it is expected to double REE’s global production output to 20,000 vehicles per year by 2023. REE COO Josh Tech spoke to the company’s production progress:

This is an important milestone on our path to commercial production next year. The automated and connected capabilities at our Coventry site are a great foundation for our global operations, as they will enable us to continuously fine-tune our assembly procedures and rapidly deploy them to other sites. Our cloud-based robotic manufacturing system will be the digital backbone for our assembly lines and give us the local capability to manage our customer-specific manufacturing operations, while also allowing us to quickly share and scale best practices internationally across all plants.

REE says it has partnered with Rockwell Automation and Expert Technologies to implement and streamline its robotic assembly lines. They are expected to begin operations in the UK in the second half of 2022. Check out the robots in action below:

A day after news of its robotic commercial production, REE Automotive offered a progress update of its walk-in van prototype, developed alongside JB Poindexter subsidiary, EAVX. The initial collaboration was announced in July of 2021 with eyes specifically focused on the last-mile delivery market in North America.

Now, less than a year after the initial announcement, REE and EAVX have a walk-in van prototype that will soon begin customer evaluation. The Class 5 electric walk-in van sits upon the P7 platform from REE, in what the company is calling “the first drive by wire walk-in van on the market.”

The van body will be facilitated by EAVX through the production of fellow JB Poindexter subsidiary Morgan Olson. We are told that since the latter has not publicly unveiled the truck body yet, REE must refrain as well – hence the reason for the shadowy imagery you see below.

According to REE Automotive, the first van prototype will be built at EAVX in Ann Arbor, Michigan, and evaluations will take place over several weeks in the Detroit area this summer. This evaluations will allow for a list of pre-booked customers to experience the EV for themselves and secure orders. Daniel Barel, co-founder and CEO of REE, spoke to the company’s progress in less than twelve months:

EAVX and REE are delivering on our joint promise from last year and at record pace. The on-road testing of our class 5 walk-in van is a testament to the strength and progress of our EAVX partnership. We are excited for customers to experience first-hand the unique benefits of the first x-by-wire vehicle built with a best-in-class Morgan Olsen body and Powered by REE, a clear step toward firm orders.

When the walk-in van prototype reaches production, we can expect it to be assembled in the previously mentioned Integration Centers in both the UK and US. Deliveries are currently on schedule for 2023.

Both press releases are welcomed news from REE who continues to make strides toward actually bringing its nascent drive by wire technology to market. That being said, the company’s news is not hitting as hard as it used to.

Don’t get me wrong, the updates are better than radio silence, but it feels like REE has reached a point where it’s time to start showing off some of its technology to the public instead of offering vague press releases. I’m not insinuating anything is trending downward behind the curtain at REE HQ; I truly think quite the opposite.

However, there have been plenty of competitors in this market that have operated under similar secretive behavior and ended up not delivering a thing. REE is on the right track by beginning fleet customer evaluations this summer, but I hope the media is invited too.

If all signs truly appear to be pointing ahead for REE automotive, its walk-in van, and its EV platform technology, it’s time to start showing it off… publicly.