Check out ArkHAUS – A modular, floating, solar-electric social club for members only 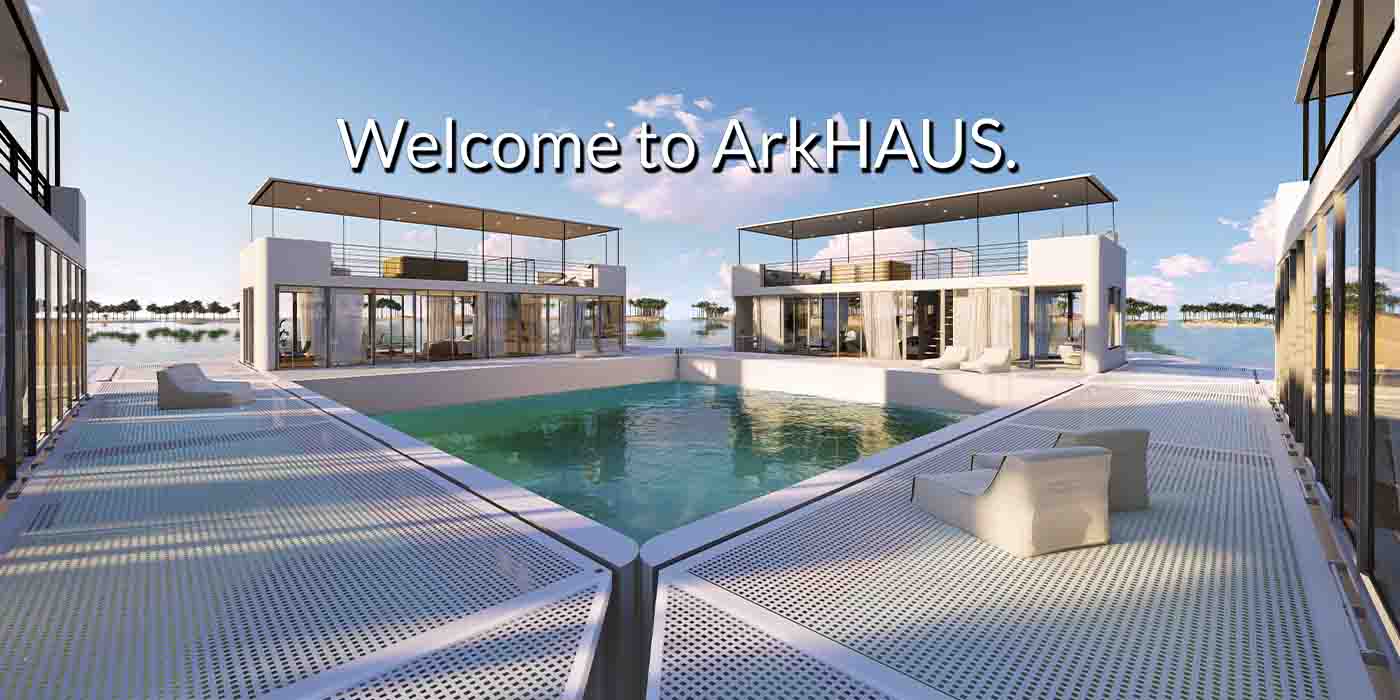 If you thought Soho House was exclusive, wait until you see this. ArkHAUS is an upcoming members-only social club that is as innovative as it is stylish, offering multiple solar-powered, electrically propelled vessels than can be connected to create large floating spaces to work, socialize, and enjoy the views – all while supporting local marine research cleanly beneath the vessel.

ArkHAUS is the latest creation from cofounders Sam Payrovi and Nathalie Paiva, who together formed CSTM HAUS, which originally began in New York’s Meatpacking District on the fourth floor of the “Little Blatiron Building.” It was followed by a 2nd, temporary pop-up location at the Faena Bazaar Rooftop in Miami Beach.

As experts in coordinating designated spaces for co-working, exhibitions, private events, and exclusive socialization, Payrovi and Paiva got their next idea for a members-only club as a floating home voyaged past them on the water near Miami Beach.

That floating home was the Arkup 75 floating livable yacht – a 4,300+ square foot vessel powered by solar panels and propelled by electric thrusters. In an interview with Electrek, Payrovi told us that he and his cofounder immediately set out to purchase the Arkup 75 and turn it into a floating club, but they were unsuccessful since it had already been sold to a private owner.

So, the two moved on to the next approach. They spoke to the manufacturer, Arkup, directly and together, designed a floating social club – thus ArkHAUS was born.

The first iteration of ArkHAUS social club is scheduled to open in Miami in early 2023 and will consist of four separate vessels (2,120 sq. ft each including decks) combined to provide members with a 8,480 sq. ft. club that also includes a 40 x 40 foot pool in its center. Check out the club in 3D here.

As we mentioned earlier, ArkHAUS’s creators specialize in social clubs, so the solar and electric expertise is in the hands of Arkup, who manufacturers and supplies the floating vessels and their technology. That being said, both Payrovi and Paiva have kept a keen focus on sustainability and clean energy when designing ArkHAUS.

Each vessel is equipped with bifacial solar panels on its roof that produce12 kW of electricity, combining for 48 kW throughout the entire ArkHAUS club – much more energy than is needed for its daily operability. These solar canopies help power the electric propulsion on each vessel as well, which consists of a 10 kW bow thruster and a 50 kW steerable electric thruster.

While ArkHAUS does float, it will do so above the water most of the time to avoid the swaying of ocean waves. Retractable spuds can currently go as deep as fourteen feet below the surface to keep the club a few feet above the water. We were told those spuds can also be customized to go deeper if need be.

The first ArkHAUS footprint will be docked to shore and can recharge from a marine pile if necessary. Additionally, ArkHAUS has the bi-directional capability to send energy back to the electrical grid if the overseeing energy provider allows it.

While the overall club will remain static above the water, each vessel has the capability to detach and head out on its own for a morning or sunset cruise. Each individual segment can reach a top speed 8.5 knots (9.8 mph) and travel 30 nautical miles on a single charge – all without any carbon emissions.

“Party up top, research on bottom”

While the top side of ArkHAUS will serve as a club to affluent socialites, its other half will serve as a support vessel for marine research. ArkHAUS’s cofounders explained to us that they didn’t just want to make a club that was unique and sustainable, but one that actually gives back to its marine environment as well.

ArkHAUS created the “Party up top, research on bottom” project as part of a partnership with Seaworthy Collective – an incubator specializing in marine biology regeneration projects. The collective uses drones to monitor Biscayne Bay’s temperature, oxygen, salinity, and toxicity, while also performing tasks like mangrove restoration and trash cleanup.

Each night, these aquatic drones need a place to dock and charge, and in some cases upload data. As part of the project, ArkHAUS has offered its solar electric club as a space for the drones to charge overnight using excess energy gathered from its solar panels.

Additionally, ArkHAUS can sell its members on the fact that their annual fees are also going toward marine research and restoration, not just keeping the bars stocked.

How much is an ArkHAUS club membership you ask? The current annual presale rate is over $6,200 and will only go up from there. When ArkHAUS officially launches, club members will be paying $10,000 a year.

What’s next for ArkHAUS and its sustainable social club?

The ArkHAUS team is working to close a private investment round of $250,000 following a successful crowdfunding campaign on Republic that brought in over $420,000. At the time, ArkHAUS’s co-founder and CEO Sam Payrovi spoke:

ArkHAUS will be the perfect amalgamation of serenity, excitement, aesthetics and exclusivity. It’s a haven where leaders and tastemakers from a variety of industries gather to discuss their pursuits, be entertained, enjoy high-end food & beverage options, or discuss business, all while on the water in a beautiful and tranquil environment. We are incredibly excited to bring this investment opportunity to both public and private investors, giving everyone a chance to own a piece of this evolution in the membership club space

In addition to the Miami ArkHAUS, its creators are considering a club on the northeast coast that can travel south during the cold winter months. The company founders told Electrek they’d like to open ArkHAUS clubs in seven cities in the first five years. Which cities will officially be chosen remains unknown at this time, but here are some of the locations being considered:

There’s plenty more to unfold here since Payrovi and Paiva are thinking three steps ahead on sustainable mobility inside and out of ArkHAUS clubs, including exploring opportunities for things like electric shuttles around the bay and even floating landing pads for eVTOLs.

As the old saying goes, “show don’t tell,” so I think it’s best I visit the solar ArkHAUS club in Miami when it opens and report back. You know … for research.