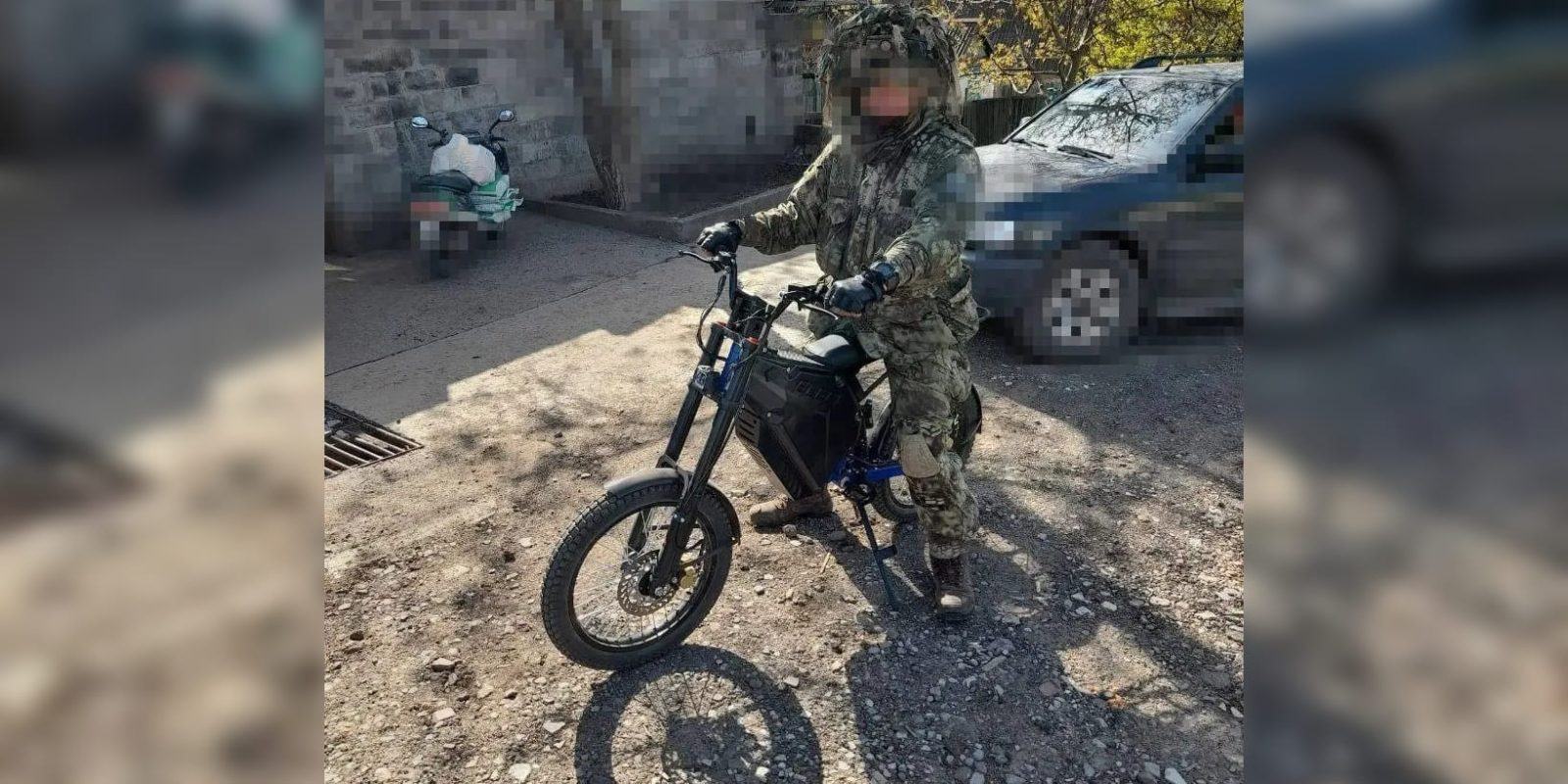 Electric bikes and motorcycles have been seeing increased military use for several years. So it should come as no surprise that Ukrainian forces have found them to be an effective tactical vehicle to fight back against Russian aggression.

Ukrainian defenders have bravely pushed back against Russian attacks, often having to rely on superior strategy and tactics to make up for a significant statistical disadvantage.

Russia handily outnumbers Ukraine in terms of military personnel and vehicles. Yet a steady stream of images of burned-out Russian tanks has become a constant reminder of Ukraine’s fierce determination as well as Russia’s military floundering. Now new images of locally built electric motorcycles are offering up yet another vehicular reminder of Ukraine’s determination to defend its land and people.

ELEEK, a Ukrainian electric bicycle and motorbike company based in Ternopil, has begun supplying the Ukrainian Army with the company’s ELEEK Atom motorbikes.

Mamuka Mamulashvili, commander of the Georgian Legion, a unit in the Ukrainian Army formed of mostly ethnically Georgian soldiers, told The War Zone that he requested the electric motorbikes for his sniper teams.

Mamulashvili explained that his teams required the electric bikes to quietly insert into a target area, engage the enemy from a distance, and then quickly exfiltrate before the Russians answer with artillery strikes on the location.

The bike itself can be seen in the walkaround video below.

The use of electric motorcycles and e-bikes by militaries is an increasingly common trend.