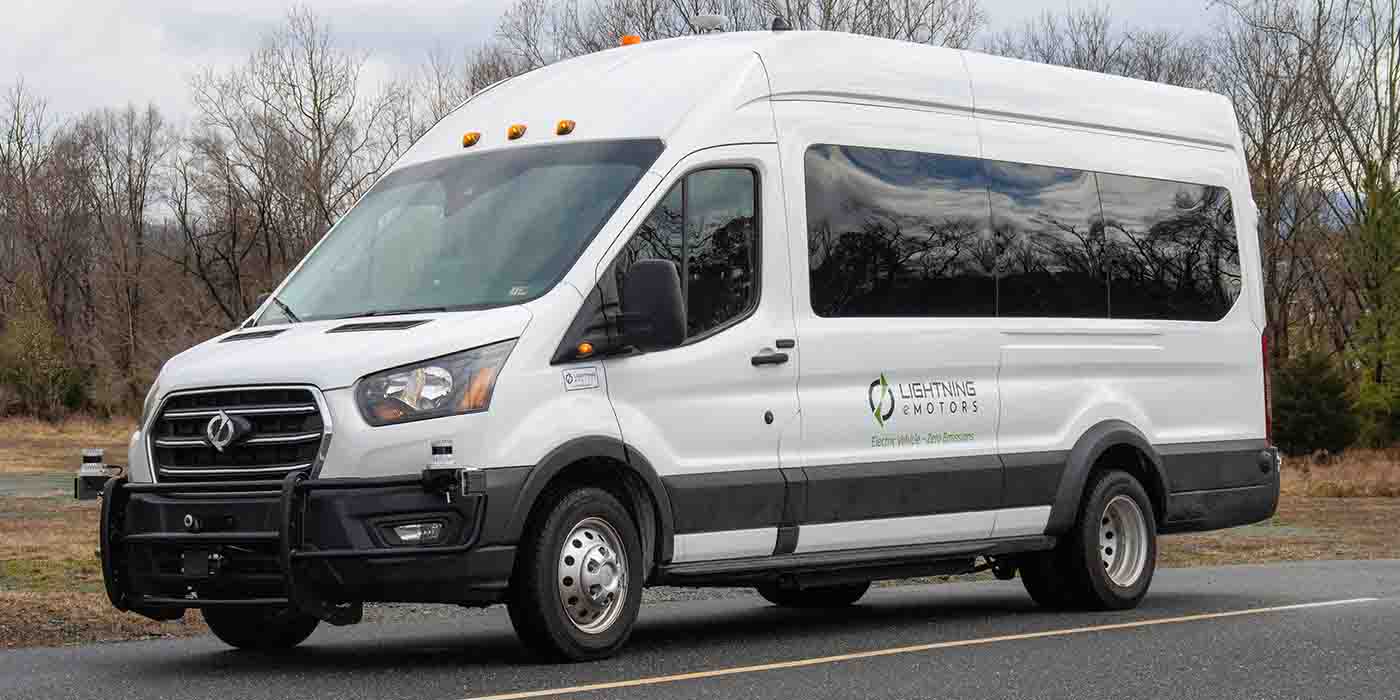 Lightning eMotors ($ZEV) is an auto manufacturer based in Colorado that specializes in electrified solutions for commercial fleets. Its team designs, engineers, customizes, and manufactures EVs to support a wide array of needs for its fleet customers.

The company’s current lineup includes electric conversions of everything from Class 3 cargo vans to Class A motor coaches, as well as electric emergency vehicles like a BEV ambulance created alongside REV Group.

Originally, Lightning eMotors specialized in electric conversions of existing platforms developed by other OEMs like Ford and Chevrolet, including a specialty vehicle manufacturer (SVM) contract with GM. However, the commercial EV manufacturer shared news in early January that it will offer customers purpose-built EVs on its own proprietary platform as well.

After successfully expanding its production facility in The Centennial State, the commercial fleet automaker doubled its production capacity and continues to grow. Following it latest announcement, many of Lightning eMotors’ fleet vehicle will soon sport autonomous capabilities provided by Perrone Robotics.

The fleet manufacturer announced its new partnership via a press release, expanding upon the potential of Perrone’s technology and its plans for vehicle rollout. Going forward, Lightning eMotors’ proprietary EV platform will now include Perrone’s TONY autonomous vehicle technology.

This agnostic retrofit autonomy kit can enable vehicles to transport passengers and goods in geo-fenced areas and dedicated driving routes. TONY is versatile in that it can be implemented into new vehicles as well as repurposed ones. The robotics company founder and CEO Paul Perrone spoke:

A lot of electric vehicle manufacturers are focused on just one vehicle size, and in many cases it’s a bespoke custom platform. But that’s not how we operate at Perrone – our partnership with Lightning is an example of how we want to make a bigger impact. Lightning’s wide range of vehicles is aligned perfectly with the way we want to help foster the widespread adoption of self-driving technology.

To begin, Lightning eMotors will deploy Perrone’s technology into two product categories – fully autonomous Level 4 applications on dedicated routes, and Level 2 applications as visual and safety features for commercial fleets. The companies admit that Level 4 vehicles can currently only operate in geo-fenced areas, but demand is growing as a number of industries and organization seek autonomous transportation options.

Lightning eMotors’ first autonomous EV customer will be Philadelphia’s public-private economic development corporation (PIDC), which purchased a Level 4 electric shuttle that will transport passengers within a 1,200-acre area within the Philadelphia Navy Yard.

Lightning eMotors and Perrone state that they are in active discussions with several other potential customers interested in autonomous commercial vehicles as well.