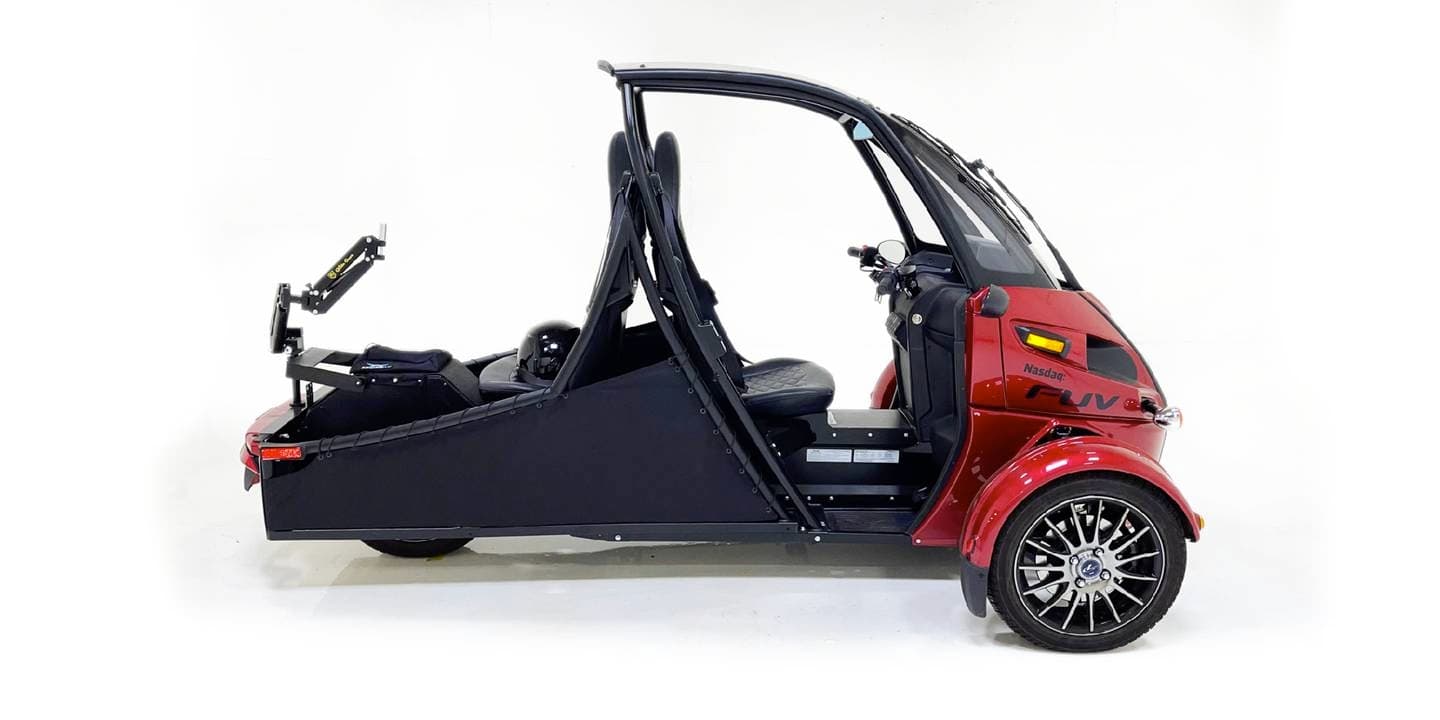 Oregon-based Arcimoto has a whole new use for its three-wheeled electric vehicles in the form of the Cameo, a slightly different spin on its popular FUV electric three-wheeler.

The Cameo may be the latest in a long line of creative takes on the FUV, but it is far from the first.

The FUV has lent its frame and drivetrain to other interesting versions such as the cargo-carrying Deliverator and the chopped-top Roadster.

Now the rear of the vehicle has been hacked off and a rear-facing seat has been installed in its place, complete with all the mounting and hookups needed to supply a Hollywood film crew.

The Arcimoto Cameo started as a single project that the company used to film its own vehicles, but founder Mark Frohnmayer recently shared images on Twitter showing that the Cameo family is growing.

The company consulted with professional Hollywood film equipment rental companies and gear houses on the design of the vehicle. We’ve previously heard such film industry professionals tout the Arcimoto Cameo as a major improvement over camera dollies since it doesn’t require the crew to set up and tear down a dolly track.

The Arcimoto vehicle can of course travel much faster and for longer distances than a camera dolly.

FUV that it is based on can hit speeds of around 75 mph (120 km), which should be sufficient for most filming scenarios.

Chase vehicles that are outfitted for filming are a common occurrence in film production, but they usually have their drawbacks. Unlike filming out of the back of a van or conventional car, the Cameo gives an unobstructed view out of the back of the vehicle and on both sides, yet still allows the camera operator to remain safely and comfortably seat-belted into a seat.

It’s definitely an improvement over that El Camino used in filming Back to the Future Part III.

Safety is of course paramount for any manned film vehicle, and Frohnmayer explained that the Cameo passed the crush test with its roll bar, as it is based on the single-seat variant of the FUV that is used in the Deliverator and Flatbed versions of the vehicle. Those previous single-seater variants also had to pass the same crush test.

Depending on various state-level autocycle or motorcycle laws, the camera operator in the rear may or may not have to wear a helmet.

While I haven’t had the pleasure (or for me, more likely the nauseating experience) of riding backward in an Arcimoto, I’ve definitely ridden forward-facing with a massive smile on my face.

I had the chance to test-ride both the FUV and the Roadster last summer, and both were an experience I’ll never forget.

Personally I’d rather be upfront with the bars in my hands than sitting in the back trying to frame a subject, but I can see the utility.

If you want to follow along briefly on my own Arcimoto joyriding, check out the video below.