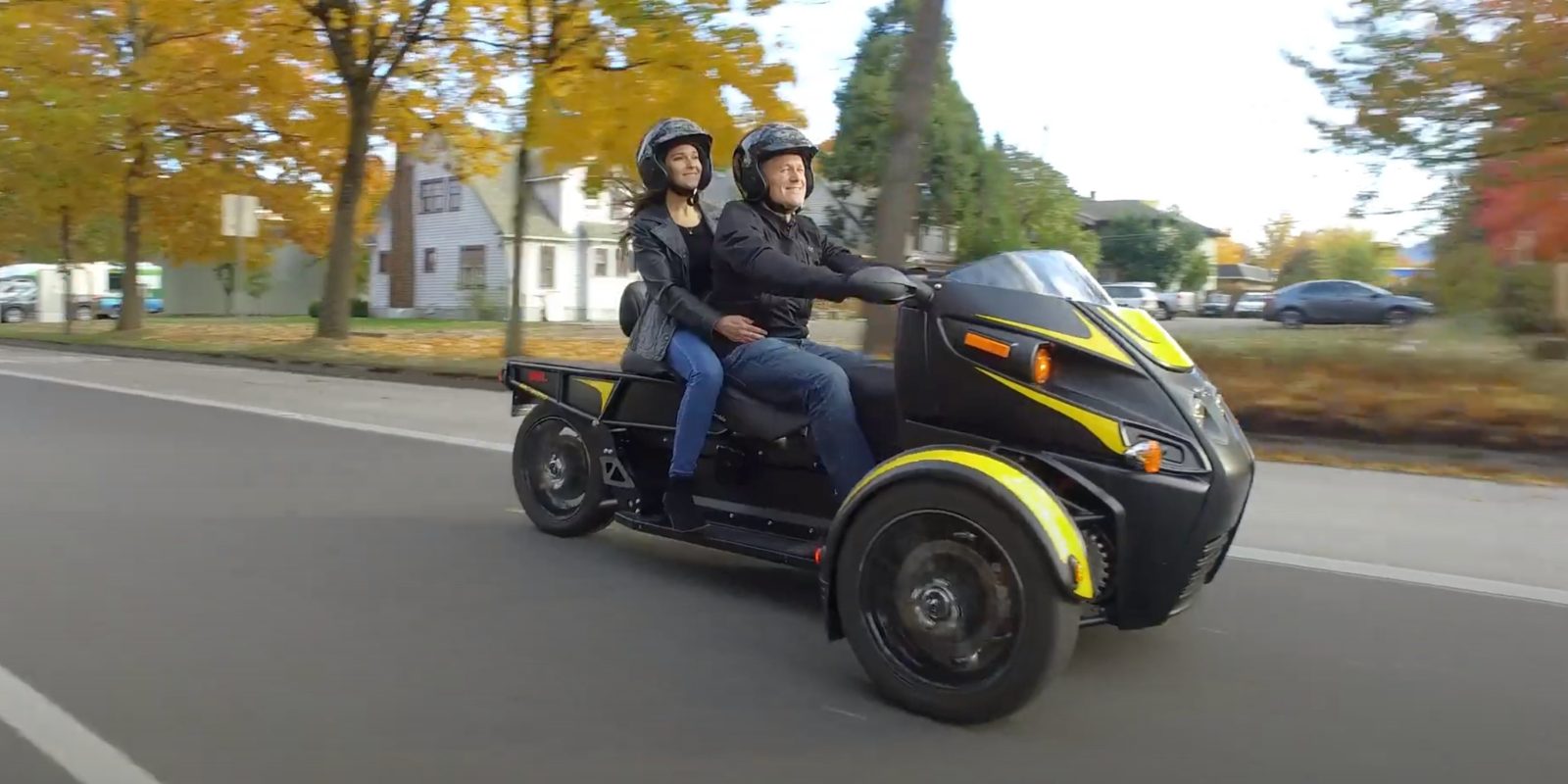 The Arcimoto ROADSTER is built on the same base as the Arcimoto FUV, meaning it shares the three-wheeled delta-trike setup that employs a pair of front wheels.

We actually took a test ride on the FUV earlier this year, which you can check out here.

The dual front wheel design provides higher stability and means that the vehicle is controlled more similarly to a conventional car than to a typical motorcycle.

But unlike the FUV, whose semi-enclosed design with a roll cage allows riders to legally forgo a helmet, the Arcimoto ROADSTER has decided to go topless.

The Arcimoto ROADSTER is a three-wheeled, open-air vehicle that delivers a driving experience like no other. Featuring an incredibly low and forward center of gravity, twin-motor front-wheel drive, instant torque, and a fully connected seating stance. The ROADSTER is a prototype but the company plans to ramp quickly before the end of year.

Take a look at the Arcimoto ROADSTER in their promo video below.

Production has been a hot topic at Arcimoto lately. The company claims that it will hit an annual production rate of 50,000 vehicles within two years.

And to get all of those FUVs to their new owners, Arcimoto recently partnered with DHL for home delivery.

That’s right, your next DHL package showing up in your driveway could contain a full-size three-wheeled electric vehicle.

The FUVs are built at the company’s Oregon factory and come with an MSRP of $19,990. Arcimoto hopes to significantly drop that price as large-scale production ramps up.

There’s no news yet on how much the Arcimoto ROADSTER model will cost.

What do you think? Will cutting the top off increase or decrease the price? Let’s hear your thoughts in the comment section below!