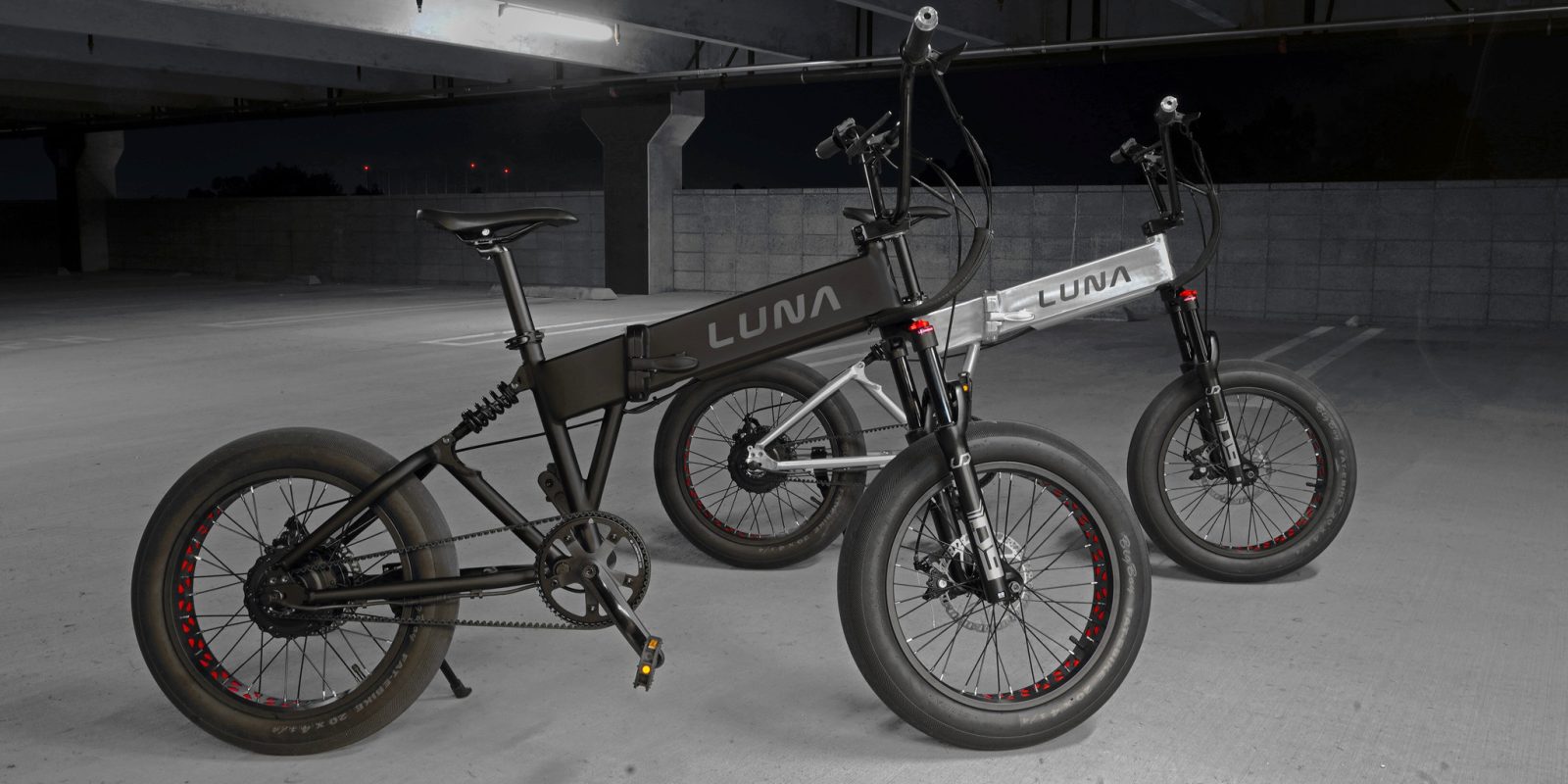 Luna Cycle, the California-based electric bike company that has always shirked industry norms in favor of the path less traveled, has just launched an interesting new e-bike known as the Luna Eclipse.

While many big-name electric bike companies have seen their prices rise in recent months, Luna’s newest model is now the brand’s most affordable yet at just $1,395.

The Luna Eclipse is also the first hub motor electric bike from Luna Cycle, which has previously favored mid-drive motors in the brand’s high-performance electric bikes.

But just because the Eclipse gets a lower-cost hub motor in back, don’t think that this isn’t a powerhouse worthy of Luna’s eccentric label.

The bike likely has more mass market appeal, but it’s still a beast that can hit speeds of 25 mph (40 km/h) thanks to 1,000W of power from that Bafang hub motor in rear.

The motor is wrapped in a 20″ fat tire, helping make the bike smaller and more nimble while adding a bit more all-terrain style riding to its repertoire. Though with those urban tires that are bordering on racing slick territory, perhaps the bike is better kept on the tarmac.

The smaller wheel diameter with those 20″ tires also makes the bike torquier, and Luna specifically says that it is geared for higher torque and better hill climbing.

A large 48V and 14Ah battery made from quality LG MJ1 battery cells should give riders plenty of range.

Luna doesn’t have exact range measurements, but 20-25 miles (32-40 km) on throttle or twice that on low-power pedal assist are likely reasonable figures for flat land cruising.

Other major US-based e-bike companies have pushed out non-suspension e-bikes lately that cost more than Luna’s latest model, but the Eclipse seems like it came loaded to the teeth and ready to fight. Not only does it feature full-suspension (both front and rear suspension feature four inches of travel), but the bike even swaps out the old-fashioned chain for a Gates belt drive.

Gates belt drives have a number of advantages over chains, including that they last for tens of thousands of miles, are essentially maintenance-free, and don’t get your pants legs or ankle oily.

Oh, and for anyone who likes to stash their e-bike in a car to take it to the local trails, the Luna Eclipse is also a folder. That gives it extra utility for riders who live in an apartment or need to fold up their e-bike to save on space while riding public transportation.

While Luna is more commonly known for its high-performance e-bikes like the $4,200 Luna X2, the Eclipse is angling to become the brand’s first massively popular e-bike for the common man. Something of the Model T on two wheels, but with a few nicer parts thrown in for good measure.

The Eclipse is available now on Luna’s site in either Matte Black or Silver color options. While black and dark colorways have been a mainstay at Luna, that silver edition looks pretty darn good to me.

What do you think of Luna’s first entry into the hub motor electric bicycle market? How does the Eclipse stack up against other folding e-bikes in its price class? Let’s hear your opinion in the comments section below!