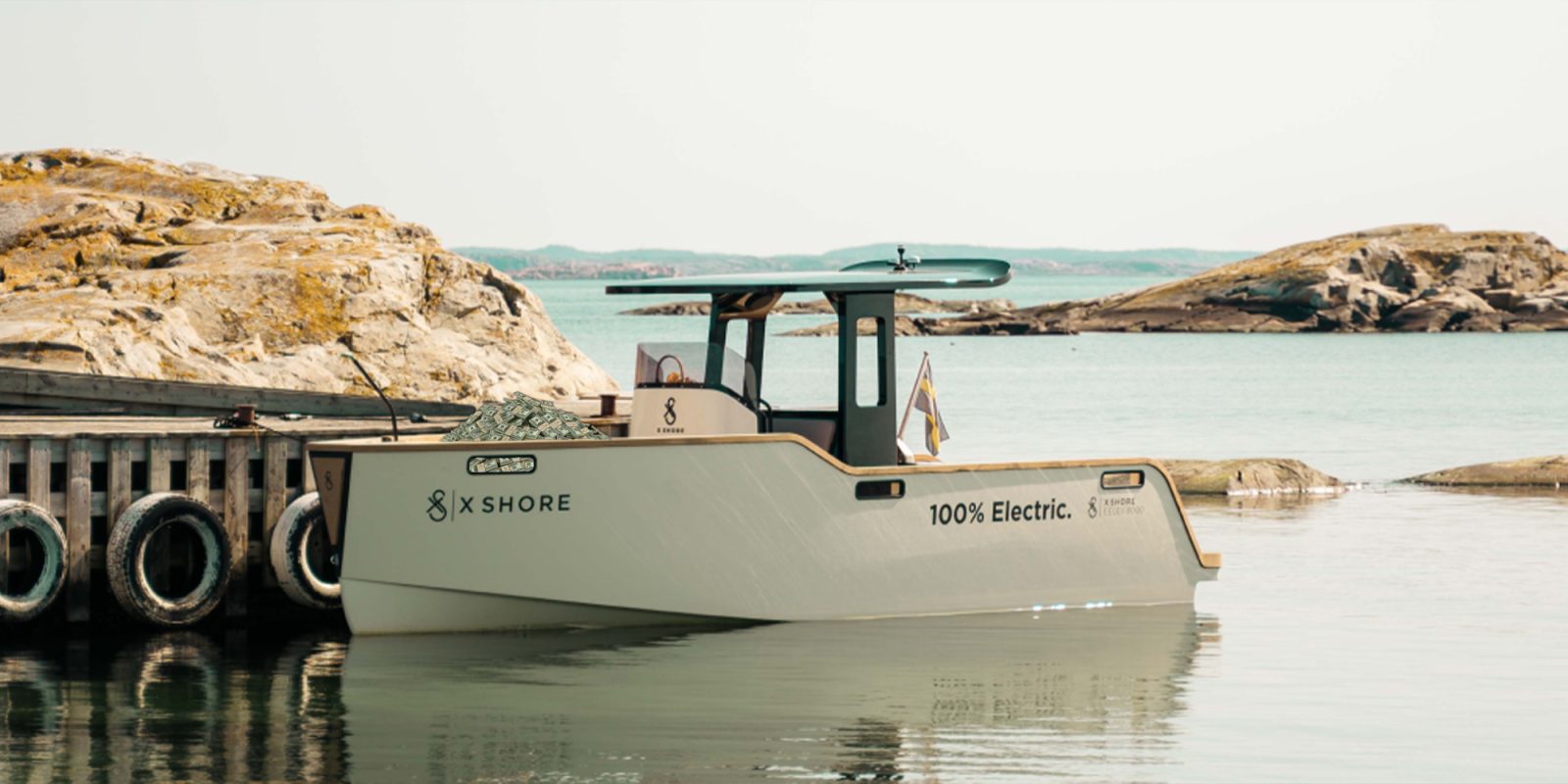 Electric boat manufacturer X Shore recently secured its latest round of investment funding, this time to the tune of $50 million (~€45.9M). The funds will be used to increase research and development of electrified maritime technologies, and help ramp up manufacturing of X Shore’s first production boat, the Eelex 8000, which began in March.

X Shore is a Swedish climate technology company and electric boat manufacturer originally trademarked in 1996, but it did not truly start bringing zero-emission boats to life until 2016. This journey began with X Shore’s Eelex 8000, which has received a number of awards and helped propel the company as one of the leading names in luxury electric boats.

X Shore’s first prototype models were introduced in January of 2019, crowdfunded by a $1.66 million (€1.5M) campaign on FundedByMe. Just over a year later, X Shore secured another $5.7 million (€5M) in funding, this time from Swedish business leaders and venture capitalists.

Last March, X Shore shared the news that it was expanding out of Europe into North America, setting up local assembly on US soil in 2022 while simultaneously signing an agreement with BCI Marine in Canada.

By April of 2021, X Shore was announcing its largest round of funding yet – $18 million (€13M) to help erect the boat manufacturer’s new 160,000 ft2 factory in Nyköping, Sweden. That facility has since begun manufacturing X Shore’s Eelex 8000, as the first production boat rolled off its assembly lines in March.

According to a report by Plugboats, X Shore has acquired $50 million in new funding from previous investors of the April 2021 funding round, as well as new faces like Peter Carlsson, founder and CEO of Northvolt batteries. Jenny Keisu, CEO of X Shore, spoke to the news:

We have received an incredible amount of support during this latest funding round, resulting in over-subscription in less than two days. At a challenging time given market uncertainty, we are both proud and grateful for the enthusiasm for X Shore shown by well-reputable investors and the wider community. The funds will be used to accelerate our production capabilities, ensuring that lead times for delivery are significantly decreased and also allow us to invest more in research and development, as well as to build out our sales channels globally.

X Shore’s new manufacturing facility in Sweden is currently building two Eelex 8000 boats a day – 400 a year with a five-day work week. Despite promising a US footprint in 2022, there was no mention of funds being allocated toward its construction or assembly lines, but that isn’t to say X Shore is not planning to do so. Current US customers will have their Eelex 8000 electric boat shipped from Sweden.

With recently announced partnerships with marine charging network Aqua superPower and Kriesel Electric, which is also providing marine batteries to the new E1 electric boat racing series, X Shore has a lot of exciting things going on. This latest and greatest round of funding should certainly help the Swedish boat maker continue to expand EV adoption to maritime transportation.