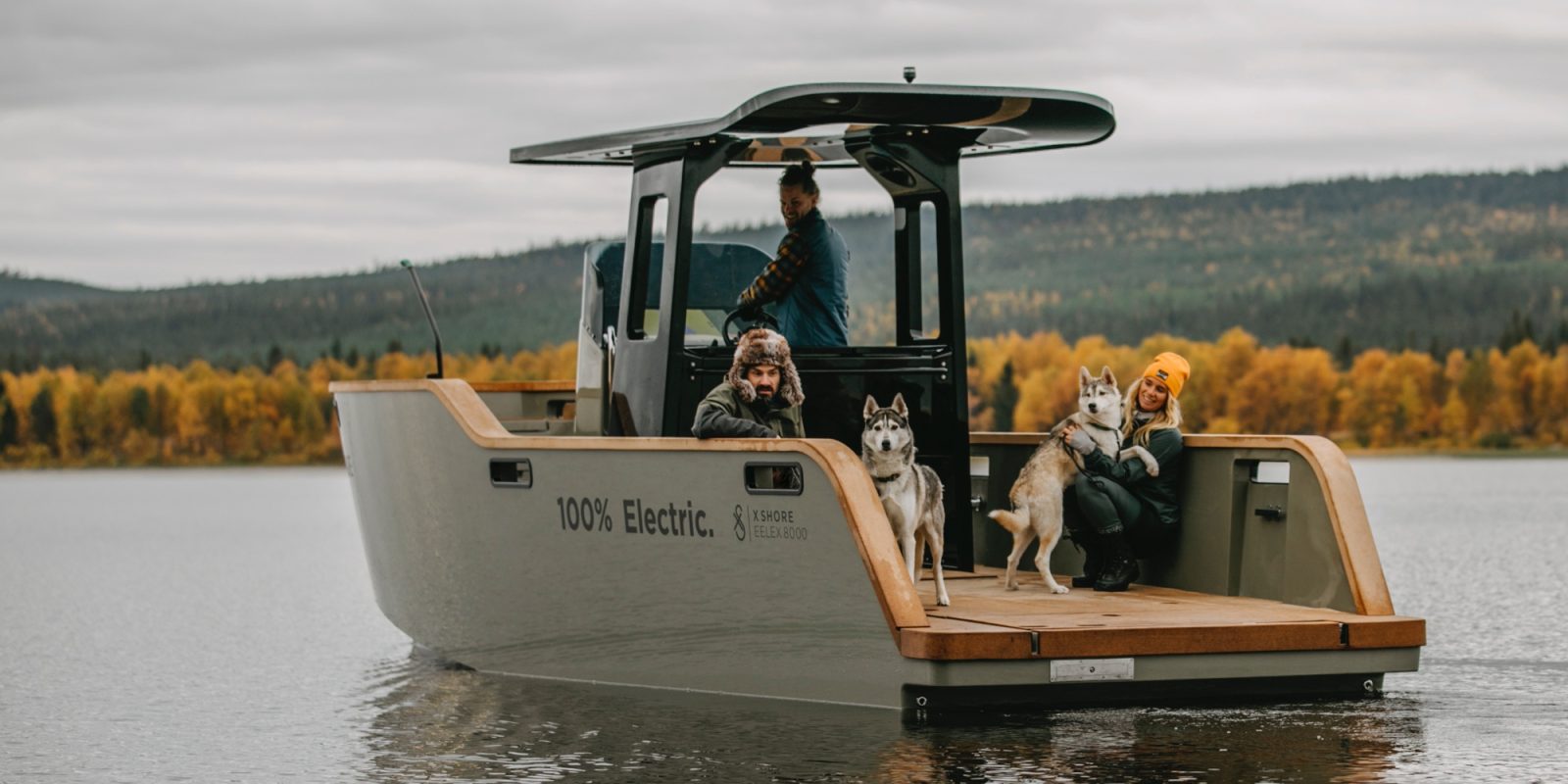 The premium-level X Shore Eelex 8000 electric boat is making its US debut, the company announced today.

First unveiled in Europe in 2019, the Swedish-made Eelex 8000 is an all-electric boat designed for day trips on the water.

Konrad Bergstrom, the Swedish tech millionaire behind the electric boat startup X Shore, says that he was inspired by Tesla to create the company’s lineup of electric boats.

The company adopted a similar strategy to Tesla, focusing initially on high-end, long-range products and beginning with low-volume production.

The goal wasn’t just to create an electric boat, but to make it better than fossil-fuel boats.

And now X Shore is bringing its first electric boats to Tesla’s front door in the US, offering electric marine transportation options directly to Americans.

The 120 kWh battery pack can charge on a standard charger in six hours or can quick charge in one hour.

The boat features a Garmin 24″ touchscreen that is waterproof and anti-glare. The screen pairs with a Garmin watch that serves as a kill-switch if the helmsman goes overboard. Garmin features such as ActiveCaptain as well as high-quality mapping that enable routes planning with auto pilot features are also included in the system.

The steering wheel includes all of the most common functions built-in, allowing for operation without removing one’s hands from the wheel.

Other features include smart sensors that provide immediate notification of any serious issues, with notifications being sent to the owner’s mobile device to alert him or her to issues that occur when away from the boat. The boat operates its own low-power wireless network for safety and security systems.

They will be shipped from Sweden on boat dollies or on trailers, arriving directly to US customers.

Starting in 2022, X Shore plans to assemble all boats in the US on locally built composite hulls, with the hope to shift the supply chain to the US.

Oh wait, you actually can.

But of course a cheap electric boat isn’t going to be this luxurious. Nor will it be this powerful.

It takes a seriously powerful motor and a large battery to hit these kinds of speeds on an electric boat.

One day we’ll see the price of electric boats come down into the everyman category. But until then, we can feast our eyes on these beautiful, premium low-volume production electric boats.

And even if most of us will never be able to buy one, every rich boater who does means less gas, oil, and toxic emissions polluting the water we all share.