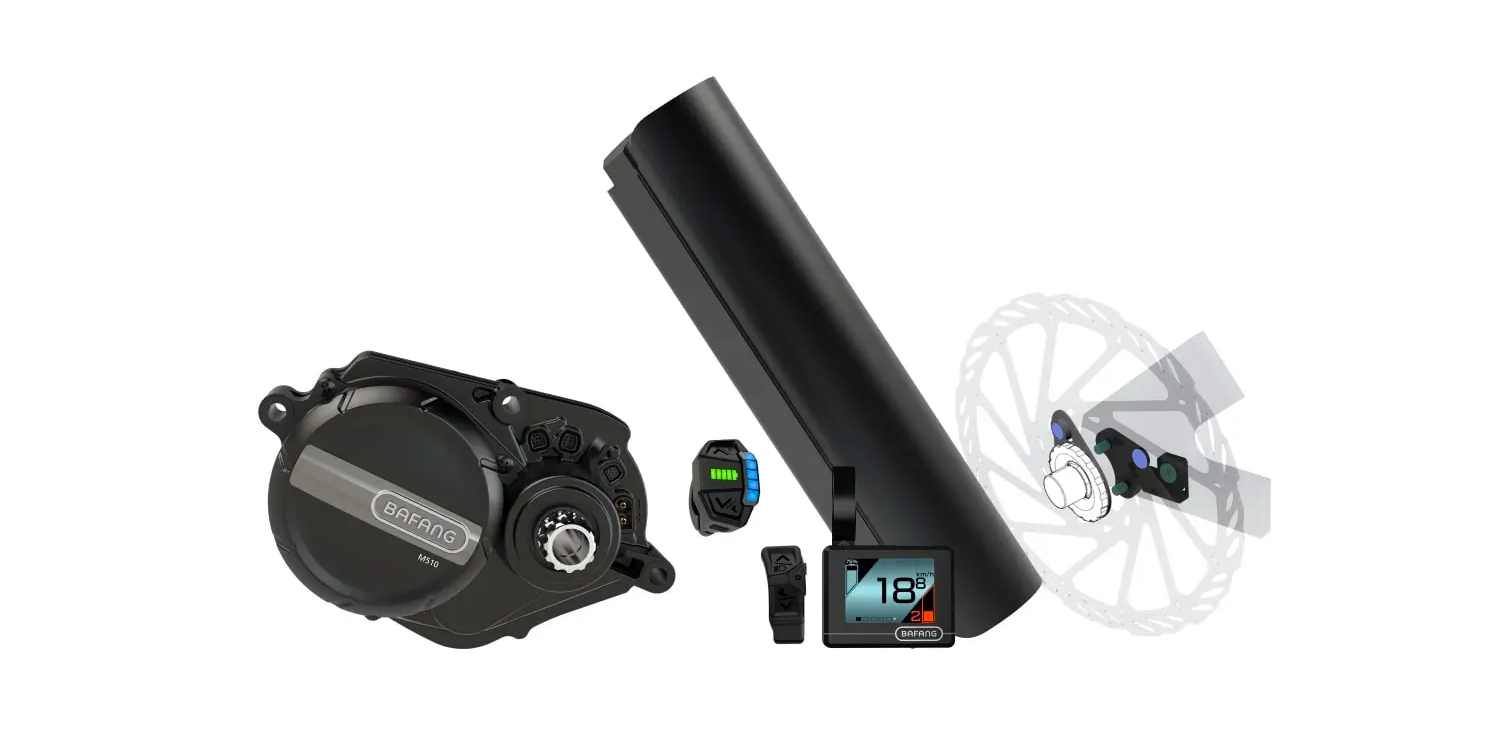 Bafang, a leading Asian supplier of electric bicycle drive systems, has just unveiled its newest electric bicycle motor intended to improve upon one of its popular high-power drive units. The M510 is said to be a lighter-weight solution that still provides high performance for powerful electric bikes.

The new Bafang M510 follows on the heels of the M500, a popular electric bike motor used by many electric bicycle manufacturers.

The M510 offers the same 95 Nm of torque as the M500, which is significantly higher than the average amount of torque provided by most of the leading European mid-drive manufacturers.

Because electric bike motor wattage (the measure of e-bike power) is heavily regulated in much of the world, most motors use underrated “250W” labels. But the M510 surely puts out several times that level, as hinted by its high torque figures.

While the M510 has a similar power and torque profile to the M500, it comes in at a half kilogram lighter, dropping to just 2.9 kg (6.4 lb.). As far as higher-powered e-bike motors go, that’s on the lighter end of the scale.

The weight savings come from several design changes, but chief among them is a new magnesium case. That’s a move we’ve seen other major motor manufacturers adopt to shave off the pounds.

The motor’s software has been reconfigured for smoother starts and power delivery. The inclusion of a sensitive torque sensor also helps make the power delivery feel more natural, as if the motor assist is merely an extension of the rider’s own pedaling effort instead of a sudden rush of power like a motorcycle.

The new drive unit includes the motor with a built-in controller as well as multiple display and remote options, and is compatible with several of Bafang’s own battery designs. It also has extra features including a 12V line for lights and upgraded waterproofing.

Fortunately for manufacturers that had already designed frames around the previous M500 unit, the new M510 uses the same mount.

Bafang’s motors aren’t as common on higher-end mid-drive e-bikes, but many companies still prefer them for their lower cost and higher-power performance. The famed Bafang M620 is one of the most powerful e-bike motors available, though Bafang has also developed its fair share of lightweight and low-power mid-drive motors as well.

Electrek previously had the opportunity to tour Bafang’s Shanghai-based factory and take a behind-the-scenes look at how the manufacturer builds its mid-drive motors. You can check out that experience in the video below.