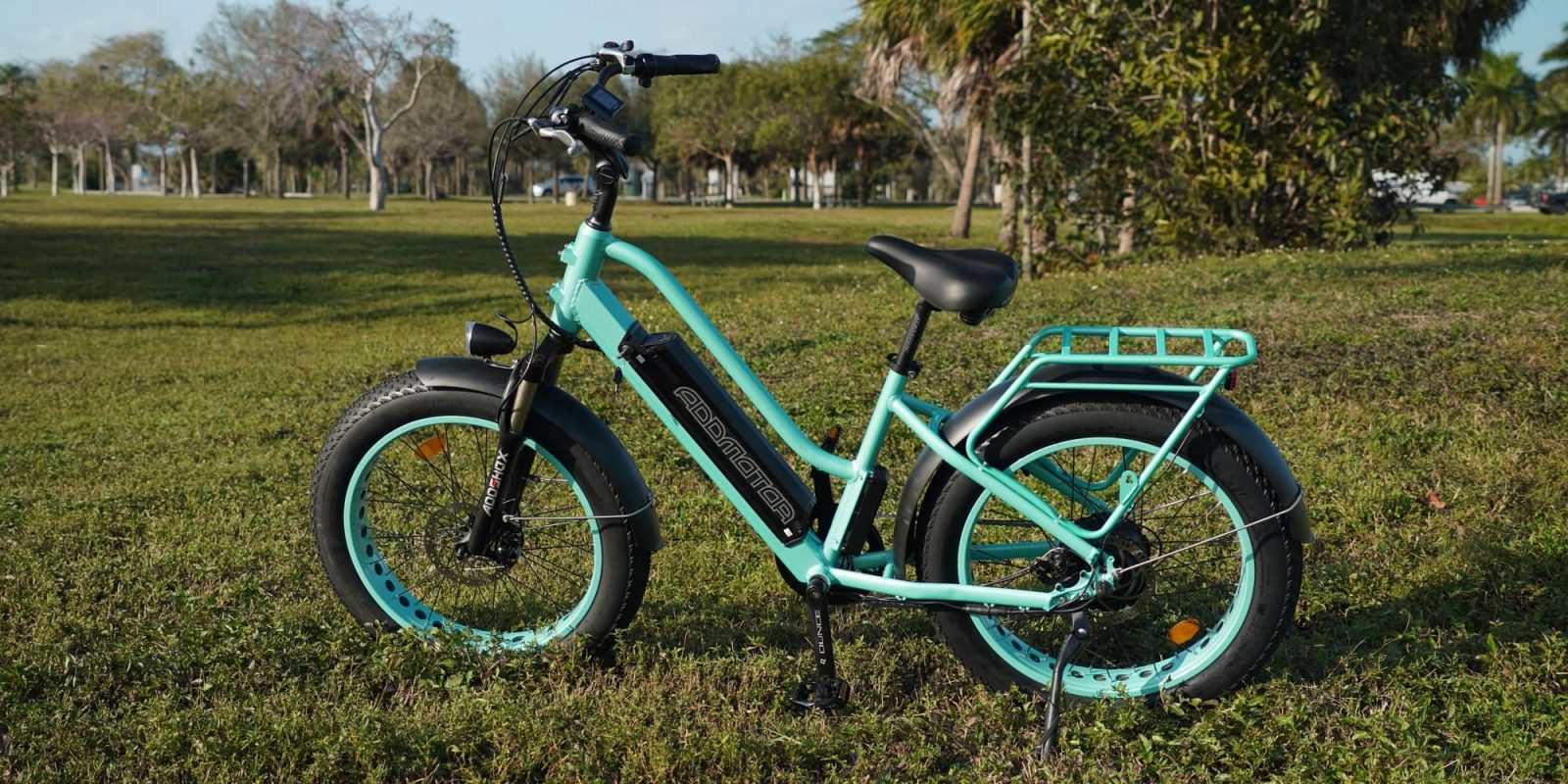 The Addmotor M-430 may not look like much of a performance e-bike, but the don’t judge a book by its cover adage holds with electric bikes as well. Believe it or not, this relaxing-looking cruiser e-bike is actually a peppy ride when you open it up.

That’s not something we often associate with cruiser bikes.

That’s not to say I haven’t ridden my fair share of high-power electric cruiser bikes. But they’re the exception, not the rule.

The Addmotor M-430 needs to get added to the exception list though because this fat tire electric cruiser bike has some real pickup and makes for a thrilling and yet still comfortable ride.

You can see it in action in my video review below.

Not just an easy-going cruiser

The Addmotor M-430 may look like a fun cruiser for a lazy day, but it has some real performance to it as well.

At that speed on throttle or pedal assist, the bike really starts to fly. The 750W of power on startup makes the acceleration feel peppy, too.

What really surprised me though was that the M-430 was more nimble than I expected, likely due to the somewhat smaller 24″ wheel diameter. With a laidback geometry, cruiser bikes are generally a bit slower to respond. They are known for a lot of things, but responsive handling isn’t one of them.

The M-430, on the other hand, did great on light trails and grassy fields – not just smooth bike lanes. It was responsive and handled much better than I expected. I usually run fat tires with a bit lower pressure (in the 15-ish PSI range), but I pumped these up a bit higher to just over 20 PSI and the bike seemed to love it. I still had a fairly cushy ride thanks to the 80 mm front suspension fork, but the extra firmness improved the handling and made for a great light-trail experience as well as maintaining the asphalt performance. I did a little bit of sand riding, but the higher pressure doesn’t lend itself quite as well to sand shenanigans. Even so, the M-430 held its own admirably well.

The bike’s big battery offers 768 Wh of capacity, which is above average for these types of e-bikes. You’ll never get that 65 miles of range that the company claims, but you’ll still do much better than the ubiquitous 500 Wh e-bikes out there.

Another thing I loved about the M-430 was the rear rack. It’s a well-made rack that looks like it can carry a serious load. And you don’t even have to pay extra for it!

Many companies charge you big bucks to add accessories like racks, fenders, or LED lights. But Addmotor includes all of those as standard equipment on the M-430. Cha-Ching!

There’s even a mount for a front rack or basket, if you want to add one. That’d be the first extra accessory you’d need to buy, but it could turn this thing into nearly a cargo e-bike.

Things aren’t all rosy here with the M-430 though. If there’s one area where the bike falls short, it’s weight. At 73 lb (33 kg), this is one seriously hefty e-bike. It’s a bike that I know my wife would love to ride, but that she’d never be able to lift if she needed to. And while I could lift it onto a bike rack if necessary, it’s not something that I’d want to carry up more than a single flight of stairs.

The other interesting thing that comes to mind when I think about my wife riding the bike is that the step-through frame isn’t that step-through. Sure, the frame drops in the middle. But it doesn’t go as low as most step-through frames. I love a low-slung frame because it’s a nicer and more comfortable way to mount a bike. But I also hit my heels several times while hopping on, as I often expected more clearance than I found. So if you have leg or hip issues that require an ultra-low frame to mount the bike, consider whether or not that might be an issue for you.

Once you hop on though, you’ll definitely have a comfy ride. The seat is nice and big like a cruiser e-bike’s saddle should be. The bars are only slightly curved back, which is a nice compromise, in my opinion, to give a comfortable and not overly swept reach to the bars.

Even the wide range of color options is a nice touch. I tested the pretty cyan option, but they’ve also got options of Pearl White, Estate Blue, Cyprus Green, Rose Gold, and Black. I guess they ran out of adjectives on that last one.

At $1,899, this isn’t the most affordable option on the market, but I don’t think it’s terribly over-priced either. I would have loved to see the mechanical disc brakes upgraded to hydraulic brakes at this price, but at least we get a big battery, 25 mph speeds, and a seven-speed transmission at this price.

If the bike were to go on sale by a couple hundred bucks, I’d call it a no-brainer. At this price, it’s fair but not necessarily a killer deal. Even so, there just aren’t that many electric cruiser e-bikes out there that offer this level of performance. You can spend the same money and get a weak 36V e-bike from many brands.

Plus we’ve tested several Addmotor e-bike models by now, and the company has proven that it can deliver time and again.

So if you’re on the lookout for a comfortable electric cruiser with good range and power, the M-430 should absolutely be on your list.