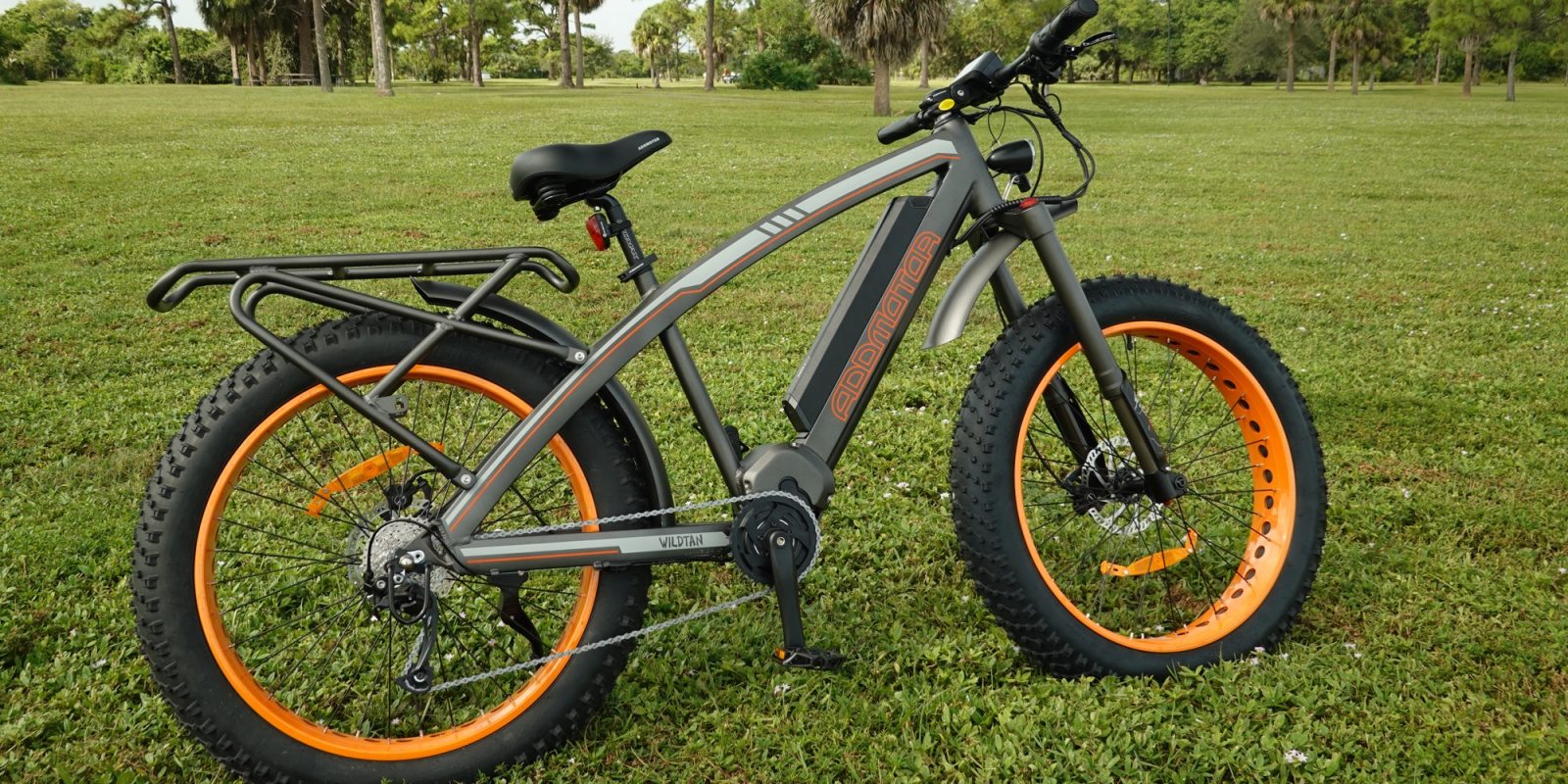 I ride all types of electric bicycles, from the dainty to the powerful. And while I love any chance to throw my leg over a new electric steed, it’s usually the higher-power options that really tickle my fancy. And the Addmotor Wildtan M5600 is pretty much the living embodiment of the excessive, high-power electric fat tire bike movement, offering more fun and excitement than anyone really needs, but that we all truly want anyway.

With an electric bike as wild and powerful as this one, you’re definitely going to want to see it in action. Check out my video review below, then keep reading below for my extended review.

A big bike with big attitude

I have to start by making it clear that this is a big, powerful e-bike and it’s not for the faint of heart.

Hidden away inside a protected frame box is a 1,000W-rated Bafang BBSHD mid-drive e-bike motor. It’s rated at 1,000W, but that’s a conservative figure. These motors have been known to draw over 1,500W when really opened up, and they put out up to 160 Nm of torque, which in technical terms is quite a lot.

The bike is also physically large. It’s got a big frame, big tires, and a big attitude. It’s also got a massive 350 lb (159 kg) weight rating, so that should give you an idea of how overbuilt it is compared to most run-of-the-mill electric bicycles with a fraction of that weight rating.

When you’re flying down the road or trail at 28 mph (45 km/h), you feel somewhere between a freight train and the world’s most nimble bulldozer. And the ability to switch back and forth between street or trail riding seamlessly is a big part of the Wildtan’s charm. It’s practically an overlanding e-bike as it doesn’t even really need a trail. You can just blaze your own, thanks to the powerful motor and the massive 4.5 inch wide fat tires.

And with that powerful motor tied into a quality 9-speed shifter, you’ve got all the torque and gearing you need to tackle nontraditional terrain or climb steep hills.

That 9-speed Shimano Alivio shifter is also a good starting point to talk about the higher-grade components on this bike.

While most non-bike-shop electric bikes opt for lower-tier Shimano Altus or Tourney transmissions, the Wildtan is spec’d with a higher quality Alivio step.

Add that to the higher quality hydraulic disc brakes, the nicer air suspension fork with adjustable pressure, preload and lockout, the nicer 5-inch color display, the thru-axle on the front wheel, and all the other higher-end parts, and you start to see how Addmotor actually specced the Wildtan for real use and abuse – not just the appearance of a rugged bike.

The bike also isn’t neutered in the battery department, either. Again, Addmotor went above and beyond by supplying a larger battery than you’d generally find on a bike like this. At 48V and 17.5Ah, you’re looking at 840Wh of genuine Panasonic cells. That means it’s not just a high-capacity battery that will last longer on a charge, but it’s also a quality battery with cells that should last for many years.

On an expensive e-bike like this, that’s exactly what I’d expect. Oh yeah, and here’s the kicker. The bike is quite expensive, to the tune of $3,099. That puts it in full-suspension e-bike price territory, even though we’re looking at a hardtail.

How does Addmotor justify the price? Most likely between the higher-end components than most base-level e-bikes and that massively powerful mid-drive motor instead of a hub motor.

That’s still a lot of money, though. I mean, it’s an awesome e-bike and I had a blast riding it, but you’ve got to really want a big, powerful e-bike to be ready to fork over that kind of money.

Then again, you’re definitely getting a lot for your dollar here. Not only does the bike offer higher-end components than we typically see, but it’s a crowd pleaser through and through. Drivers were often rolling down their windows at red lights to ask me about the bike, and more than once I got a thumbs up from pedestrians as I rode by. At least, I think it was the thumb.

So while the price stings a bit, I can vouch for how much fun the bike is and how well it is put together.

It’s also just a comfortable bike to ride. The right-side, half-twist throttle is the right way to outfit an e-bike, and is far superior to bouncy thumb throttles or [shudders at the thought] left-side mounted throttles.

The saddle feels good and the bike is nicely proportioned (though it’s biased toward taller riders simply due to the large size of the bike). And it’s all just a nice, comfortable, and easy-to-control ride.

All told, this is a fun-loving, all-over-the-place electric bike for anyone who has the spare change and spare garage space to fit a big bike like this into their lives.

It may not be for everyone, but for those who can swing it, it sure is a wild ride.