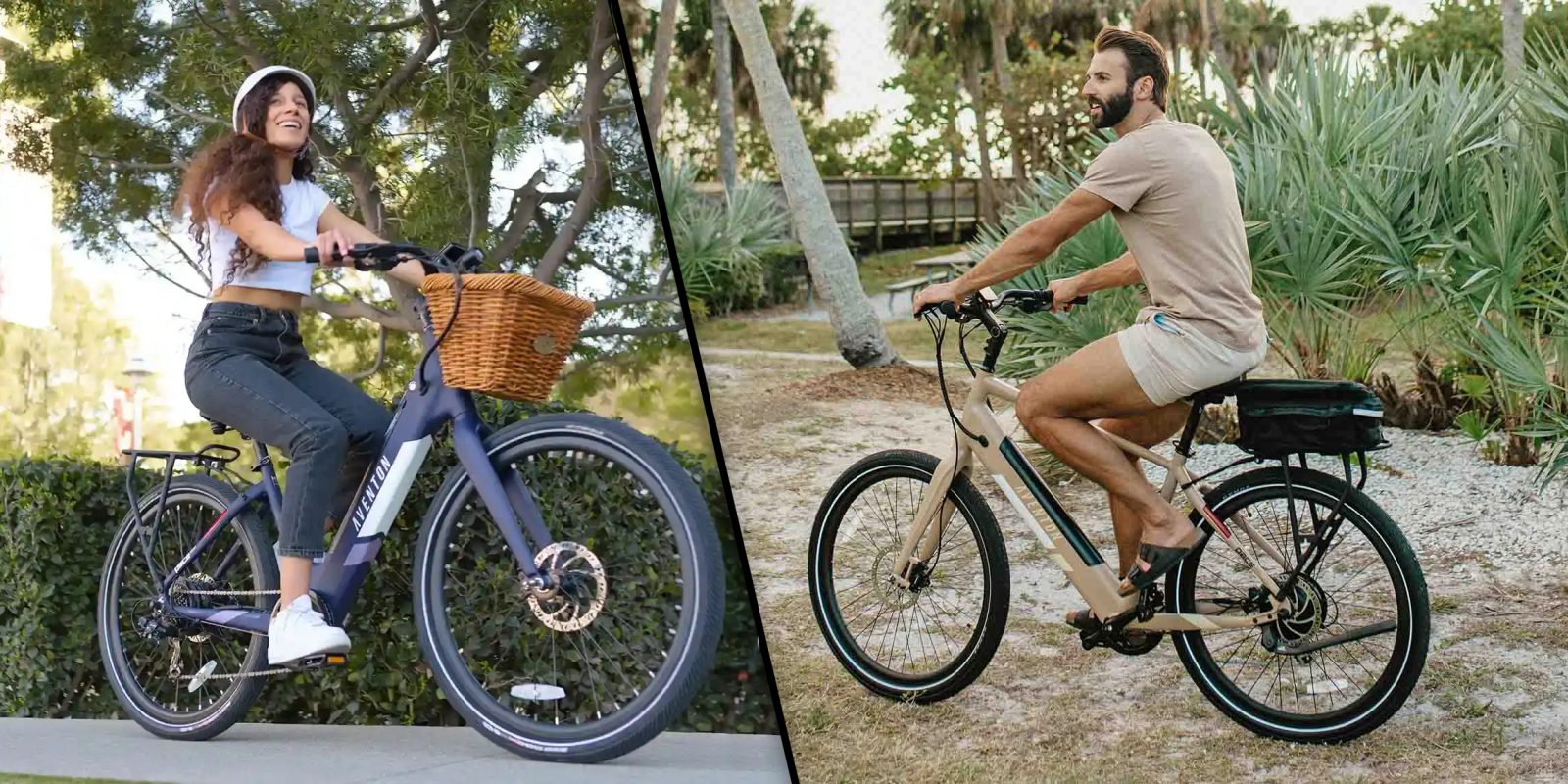 The Aventon Pace 350 and Pace 500 were already solid options in their respective commuter e-bike categories. But now Aventon has launched new next-gen models for both e-bikes, offering interesting design and component updates as well as some impressive performance specs.

The Aventon Pace line has long been the brand’s mid-level city bike duo, offering higher performance than the entry-level $1,099 Aventon Soltera but without the extreme adventure-bike loadout of the $1,999 Aventon Aventure.

Nestled comfortably in the middle of the range, the two fairly upright comfort/commuter bikes now come complete with a number of new upgrades.

A reworked frame now includes an integrated battery pack that locks down inside the downtube, creating a sleeker appearance while still offering a removable battery for off-bike charging.

New integrated headlights and taillights are also included, with the taillights built directly into the frame. The seatstay-mounted taillights are visible from both directly behind the bike and from rear angles for increased visibility.

The bikes both inherit the new color LCD screen that Aventon has been outfitting all of its new e-bikes with.

That means the bikes also get the new app functionality, with Aventon’s smartphone app capable of connecting to the bikes wirelessly and providing additional bike monitoring as well as remote configuration options of the bike’s performance.

While the Pace 350 and Pace 500 share several of the same new upgrades, the bikes differ on performance, components, and cost.

The Pace 350 is the more entry-level of the two. It features a 7-speed trigger shifter, mechanical disc brakes, a 350W rear hub motor, and a top speed of 20 mph (32 km/h) on throttle and pedal assist.

The included 36V and 11.6Ah battery offers 416Wh of capacity. Aventon helpfully always shares detail range ratings for each of their e-bikes. In this case, the new Aventon Pace 350 is said to achieve a real world range of 24 miles (38.6 km) on throttle-only riding, and between 24 to 40 miles (38.6 to 64 km) on pedal assist.

The 49 lb. (22.2 kg) Aventon Pace 350 is available in four different colors and two different frame sizes in both step-over and step-through options (two colors per frame size). The new model is priced at $1,399.

The Aventon Pace 500 offers several improvements over the Pace 350.

The Aventon Pace 500 is also available in four colors across two frame sizes. It also comes in both step-over and step-through frames, and is priced at $1,699.

Aventon has been updating all of its models with improved batteries and updated lighting/displays, as well as upgraded components. So the fact that the Pace 350 and 500 are getting the same treatment comes as no surprise.

What is surprising is that the prices have remained pleasantly affordable.

$1,399 is more than fair for the high-quality Pace 350. And $1,699 to get the Pace 500 with hydraulic brakes, 28 mph speed, and integrated lighting, not to mention that beautiful color screen?! That’s going to be a seriously hard pill for some of Aventon’s pricier competitors to swallow.

The one area that might have some riders balking is that the Pace line doesn’t come with suspension. But then again, these are commuter e-bikes designed for street use. If you’re in a decently smooth bike lane and are used to a typical street bike, you likely won’t miss suspension. That’s especially true thanks to the upright seating position of the Pace line of electric bikes, which can be further adjusted thanks to that variable angle handlebar stem.

So while something like the RadCity 5 Plus e-bike still gets to hold suspension over the Aventon Pace 350 and 500’s headtubes, these prices make these new next-gen Aventon e-bikes a seriously convincing buy.