Aventon Soltera: This is the most beautiful low-cost electric bicycle I’ve tested yet 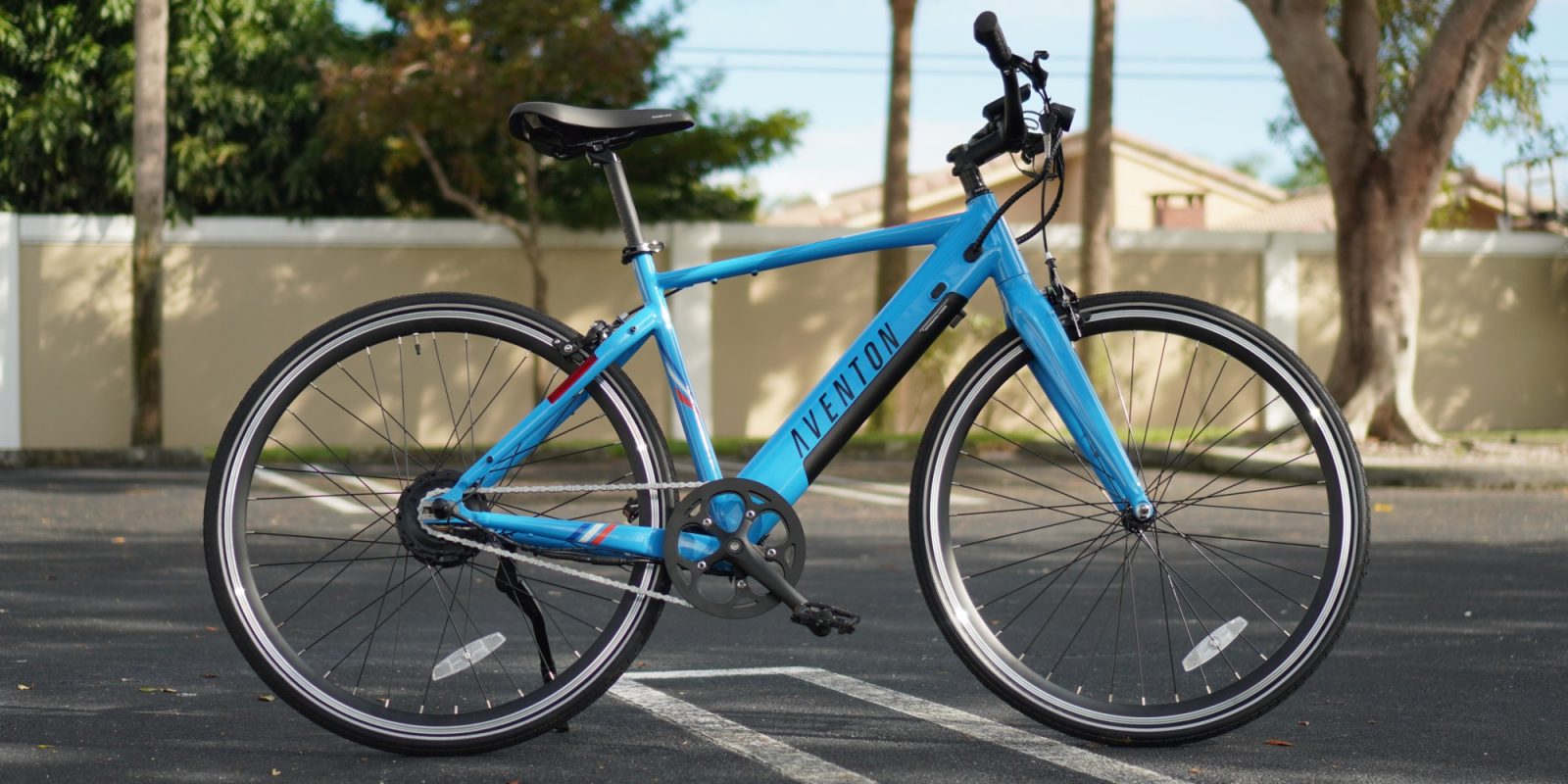 I’ve always loved the way Aventon makes its electric bicycles. They exude a level of craftsmanship that far exceeds their modest prices. But the new Soltera offers a masterclass in building a lightweight, modestly powered e-bike for commuter use.

The Soltera, which I tested in the single-speed variety but also comes in a 7-speed option, is a beauty to behold.

I tested the Azure Blue model, which has some red and white accents that give it a real Frenchy vibe.

But beyond the paint job, the construction of the bike is exquisite. The welds are so smooth that the frame almost looks as if it was cast in one piece. The electrical wiring and brake lines are neatly routed inside the frame tubes. The tail lights are incorporated directly into the frame, hidden in the seat stay tubes and illuminating on either side of the rear wheel like true vehicle lights. The battery is nicely integrated to the point where you almost don’t even notice that the bike is electric.

It all melds together beautifully into a bike that you’ll definitely want to see in action. Check out my video review below, but don’t stop there! Keep reading afterwards for my detailed thoughts on this unique electric commuter bike.

The Aventon Soltera isn’t some high-powered e-bike designed for thrill rides. Instead, it’s got modest specs for modest riders.

This is very much a commuter bike intended for urban riding, and it feels fitting for both avid cyclists and occasional riders who want an easygoing electric bike.

The two different sizes of upright diamond frame with a rigid fork will feel familiar to any old-school cyclist (though a step-through frame is also available), and the cadence sensor-based pedal assist will turn the rider’s pedaling into either light or heavy assistance depending on the power level selected. Or the left-side thumb throttle can be employed for a surprisingly peppy assist without any pedaling needed.

I call it “surprisingly peppy” because the motor is only a 350W unit, meaning it packs about half the power of the US legal limit. But since that’s the motor’s continuous wattage rating, the peak power is likely closer to 500 watts.

I tested the single-speed version since it is nice and flat in Florida, but the 7-speed model only adds less than a kilogram (two pounds) to the bike’s 18.6 kg (41 lb) weight. Either way, it’s a nice, lightweight e-bike.

There’s no suspension and the 700c x 35c tires aren’t terribly wide, but that’s par for the course if you’re used to road bikes.

On smooth paths, it rides like a dream. On cobblestones, it would probably feel a heck of a lot bumpier. I took it over a few wooden bridges and while the ride was slightly bumpier, it still felt just fine and comfortable.

The bike is solidly put together and gives a nice rugged feeling, almost like a gravel bike, so I have no doubt it can handle the pot holes that most of us have hiding around our cities. The bigger question is whether your teeth can.

For an efficient and nimble ride, the lack of suspension and narrow-ish tires feel fine to me. What I do wish they had changed is the presta valve tubes that come with the bike. The e-bike community is very accepting (especially compared to the non-electrically assisted cycling community), so it’s not like we call out presta valves as being immediate cycling snobbery. But most basic bike pumps owned by us mere mortals come with a Schraeder valve head. If you need a top up on the road and swing by a gas station, there’s no way they have a presta valve pump on their machines – only Schraeders.

It’s easy enough to swap the tube for one with a Schraeder valve (though the hole in the rim sometimes needs a slight widening with a drill bit), but why even make me do that?

Modest speed for a modest ride

You can pedal up past 20 mph, but you’ll be on your own after the electric assist comes out.

The bikes’ 36V and 10Ah battery isn’t overly large at just 360 Wh. That’s a bit below average compared to many electric bikes on the market today, but its saving grace is how nicely it integrates into the frame.

Similarly-spec’d e-bikes like the RadMission give you more battery at 500 Wh, but they also bolt that big battery right on top of the frame. With the Aventon Soltera, you get it nicely integrated for a prettier package that also makes it harder for a thief to literally tear off of the bike.

One more thing I love about Aventon as a company is they always give honest range ratings with real- world testing data. They tell you right off the bat that the range on pedal assist is anywhere from 35 km (22 miles) on the highest power setting all the way up to 101 km (63 miles) on the lowest power level settings. And they tell you that throttle-only riding will net you 32 km (20 miles). All of this data comes from flat ground testing with a 75 kg (165 lb. rider). You can likely adjust those numbers up or down depending on your own weight and local terrain.

This has always impressed me, because Aventon is one of the only companies I know of that gives you this level of real-world range data across every power option. Good for you, Aventon.

The Soltera’s color display is also impressive, plus the fact that it integrates nicely with the company’s smartphone app that allows you to track your rides. Check out the app in action in my video at the start of this article.

The rim brakes were striking at first, since I rarely see those anymore on e-bikes. But they work really well.

I know that some people see rim brakes and write them off immediately, assuming they’ll suck. But that’s not the case here.

It’s all about the quality, and these are good-quality brakes. They even have that fancy de-tensioning system that allows you to quickly open them to remove a wheel without messing with the cable tension at all.

I’d take these rim brakes over cheap disc brakes any day of the week. And if you really want disc brakes, just upgrade to the 7-speed model. An extra $100 gets you a 7-speed transmission and disc brakes.

Which brings me to the price. The model I tested is priced at $1,199, while the 7-speed with the disc brakes comes in at $1,299. The step-through models are priced the same, though they come in different pastel colors (which seems a little on-the-nose to me).

Folks, this price is a freak’in steal. Twelve-hundred bucks for a beautiful, well-made lightweight electric bike with frame-integrated wiring/lighting/battery, a color screen, and from a reputable company that stands behind its products? Sign me up.

As much as I’d like to see a bit more battery capacity or some included fenders, there’s not much I can really fault the bike for here. The company took a big swing and connected hard, knocking it out of the park on this one. The Aventon Soltera is one of the best deals in quality, affordable commuter e-bikes right now, full stop.