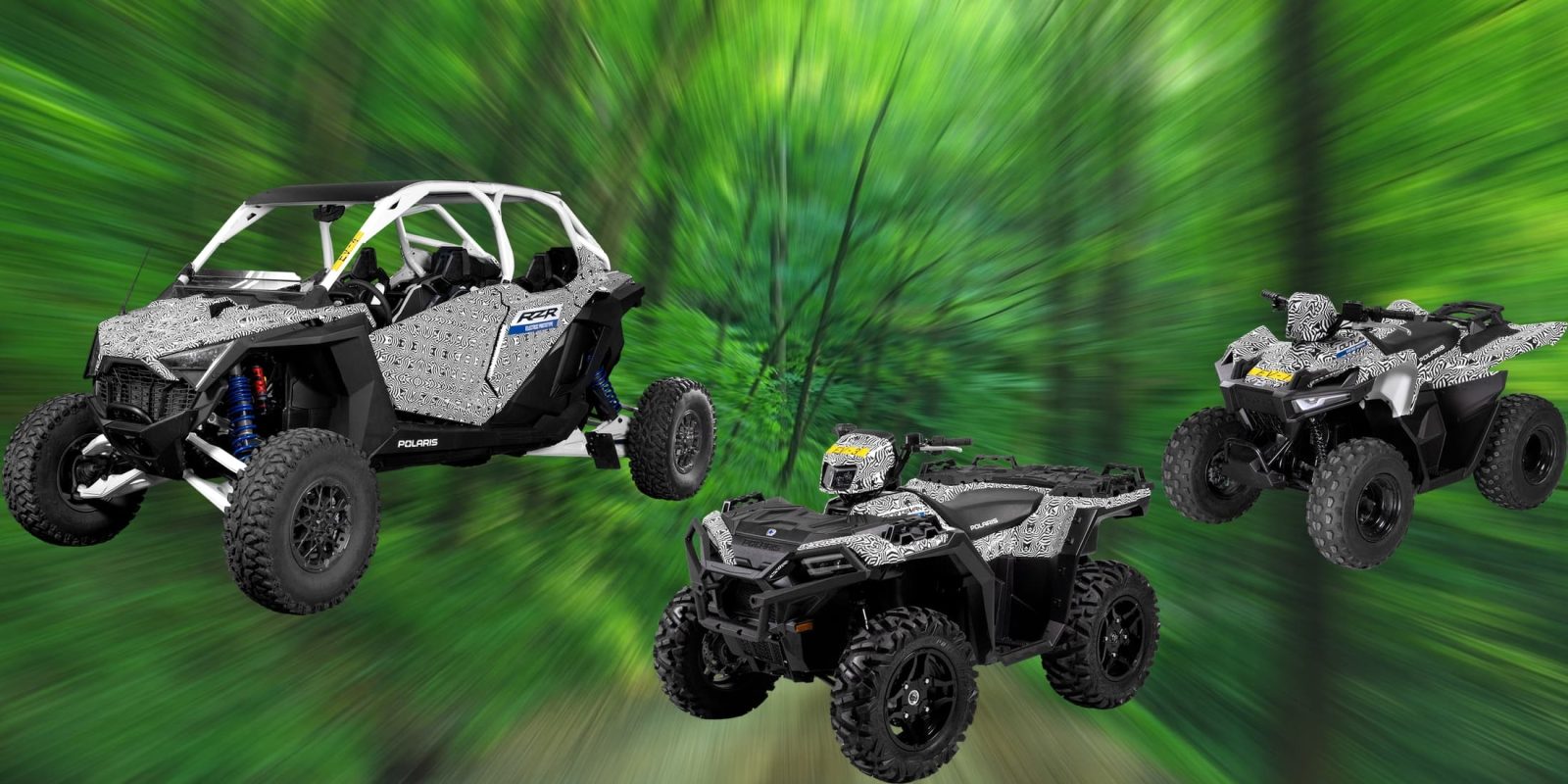 Polaris isn’t simply paying lip service when it talks about the future of electrification in powersports. The Minnesota-based leader in powersports vehicles has already unveiled its first next-gen electric UTV and now has shown off several test vehicles for electric Polaris ATVs, side-by-sides, and snowmobiles.

The work was made possible through a partnership with Zero Motorcycles that saw Zero’s electric powertrain combined with Polaris’s vehicle expertise and is expected to result in even more models in the future.

Unveiled in December as the new RANGER XP Kinetic, the new model was described by Polaris as the most powerful UTV on the market, gas or electric. Polaris is set to begin deliveries this year after the new EV sold out within hours of its launch.

Polaris certainly sees electrification as part of its growth strategy, as the company explained:

We listen and learn directly from our customers to deliver high-quality products, experiences, and services that matter most to them. While innovation has been part of our DNA from the beginning, our electrification and connected vehicle initiatives represent an incredible opportunity to exceed customers’ expectations in powersports and the recent launch of the Ranger XP Kinetic is the first example of how we plan to lead in these areas.

But the company isn’t stopping there. At a recent investor meeting, Polaris revealed additional images of electric test vehicles that could represent the next stage in electrification at Polaris.

Despite making it clear that these were test vehicles and “not vehicles that Polaris has committed to bring to market at this time,” it’s quite obvious that Polaris is at least keenly interested in exploring the direction.

Among the test electric vehicles shown off in the investor presentation were electric ATVs for both the adult and youth markets, an electric RZR side-by-side, and an electric snowmobile.

Polaris has of course not committed to any solid timeline on its next electric vehicles, but the partnership with Zero made it clear that the RANGER XP Kinetic wasn’t the only electric vehicle planned by the duo.

With regard to investment in continued electrification, the company is putting its money where its mouth is.

Investment in electric vehicle development alongside the company’s internal combustion engine (ICE) vehicles was a key talking point in a message to Polaris’s investors:

Continued investment in research and development to drive innovation for its riders, both within already established capabilities of ICE powertrains and drivelines, fit and finish, ride and handling, and an extensive accessories portfolio, along with emerging capabilities including making connected technology available across most of its powersports models by 2026 and furthering electric vehicle options with a strategic and targeted approach that centers on the customer. Polaris is testing electric prototypes broadly across its product platforms but will commercialize purposefully where electrification improves the customer experience.

Polaris isn’t alone in the race to develop electric off-road vehicles. Several other companies are also angling for a piece of the action.

Taiga is already in production of its own electric snowmobiles, which it has been developing and testing for years.

Now Volcon is hard at work on a prototype of the brand’s first electric UTV to be followed up by an even larger and more powerful version.

Even Tesla and Radio Flyer have jumped on the kids’ electric ATV bandwagon with a partnership to create the Tesla Cyberquad for kids. We had the chance to test one ourselves recently, and it’s a pretty compelling case for how much fun electric powersports vehicles can be, even in a kid form factor.