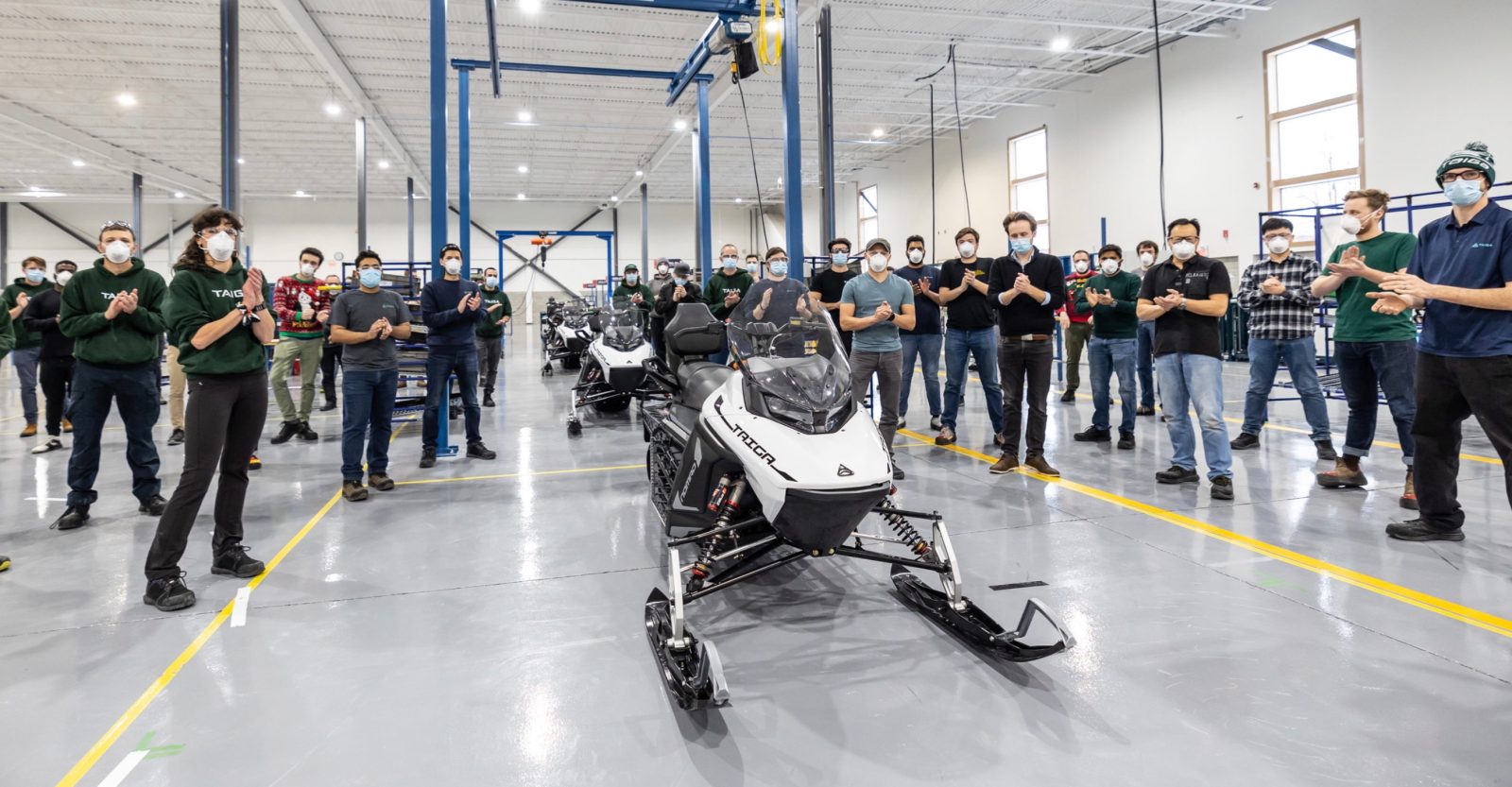 Taiga Motors announced that it has manufactured its first production electric snowmobiles and deliveries are expected to start early next year following regulatory approval.

Like the auto industry, the powersports world is being electrified, and Quebec-based Taiga Motors is one of the companies leading the way for electric snowmobiles and jet skis. Earlier this year, Taiga made waves when it went public and raised $100 million to bring its electric vehicles to production.

Most of the money is going to be used for a big new factory in Shawinigan, but in the meantime, the company is starting low-volume production at a smaller facility in Montreal.

Here are a few pictures of the first few production electric snowmobiles in the world:

Taiga CEO Sam Bruneau commented on the announcement of the start of production:

Today represents the shared dream and vision of our entire organization coming to life as the first snowmobiles come off the production line. I am proud of the demonstrated ability and perseverance from employees who together have overcome challenges as we navigate unprecedented supply chain volatility. With the sleds soon ready for the snow, we are excited by the idea of our customers being able to ride on these cutting-edge machines that embody winter exploration without compromise.

Last quarter, Taiga reported having received over 2,500 pre-orders for its electric snowmobiles and watercrafts.