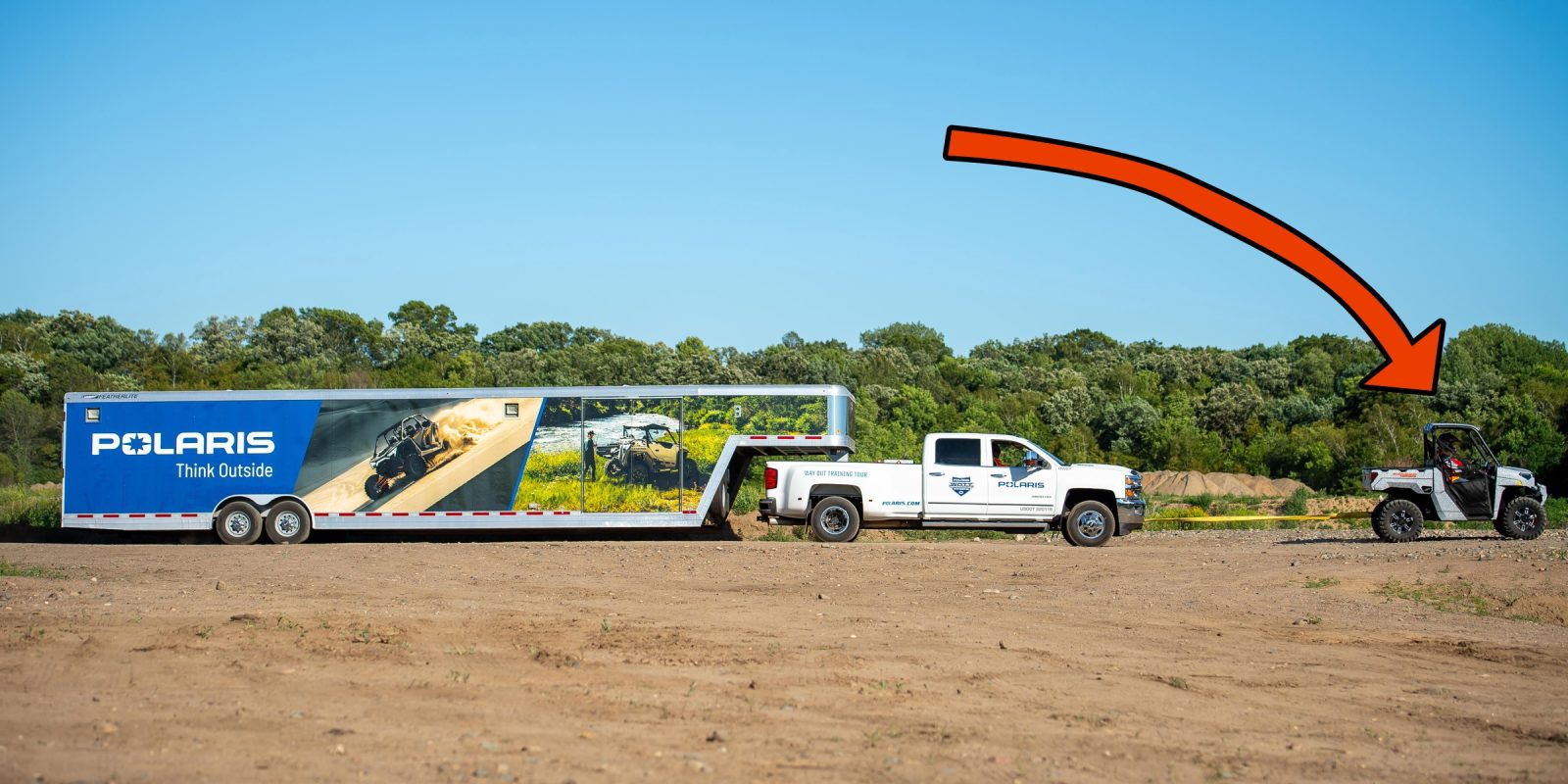 As the official launch of the new all-electric Polaris RANGER EV draws nearer, we’re getting our best look so far at the UTV’s performance.

A prototype version of the new electric model had its most revealing showing yet at Polaris’ MY22 off-road demo event earlier this month in Minnesota.

Polaris representatives confirmed that while the UTV may still undergo visual changes, the prototype in the demo uses the same powertrain that will make its way into the production version set for a full launch this December.

The prototype on hand was used to demonstrate a number of key performance features of the electric UTV, such as its towing capabilities.

We’ve seen hints of the electric RANGER EV’s impressive towing performance before, but this time the company stepped it up a notch.

The prototype successfully towed a Chevy 3500 HD dual pickup truck that itself was towing an enclosed trailer. In the dirt.

The extreme torque that the electric drive is capable of producing isn’t only useful for towing, though. The precision with which the motor can be controlled also allows for more accurate operations, as Polaris demonstrated on a steel see-saw.

The RANGER EV prototype was able to balance and then crawl back and forth on the teeter totter, thanks to its precision control.

Throughout each demonstration, the prototype EV also showed off just how quiet its motor sounds. Unlike gas-powered UTVs that have an exhausting motor whine over long rides, the upcoming Polaris RANGER EV UTV is eerily quiet, though not entirely silent.

The lower operating noise also means that the UTV won’t cause such a disturbance when riding in nature. That’s a welcome relief for animals, but also an added perk for its riders that get to see a lot more wildlife along the sides of the trails.

The new all-electric RANGER EV owes its existence to an exclusive partnership forged between Zero Motorcycles and Polaris.

The agreement helped the electric motorcycle manufacturer find a new market for the electric drivetrains it has spent over a decade developing. At the same time, Polaris scored a huge win by being able to focus on its core competency of off-road vehicles, instead of trying to reinvent an electric drivetrain from scratch.

The new RANGER EV is expected to launch in December of this year. We’ll be back with more info on exact launch plans as soon as we learn more.