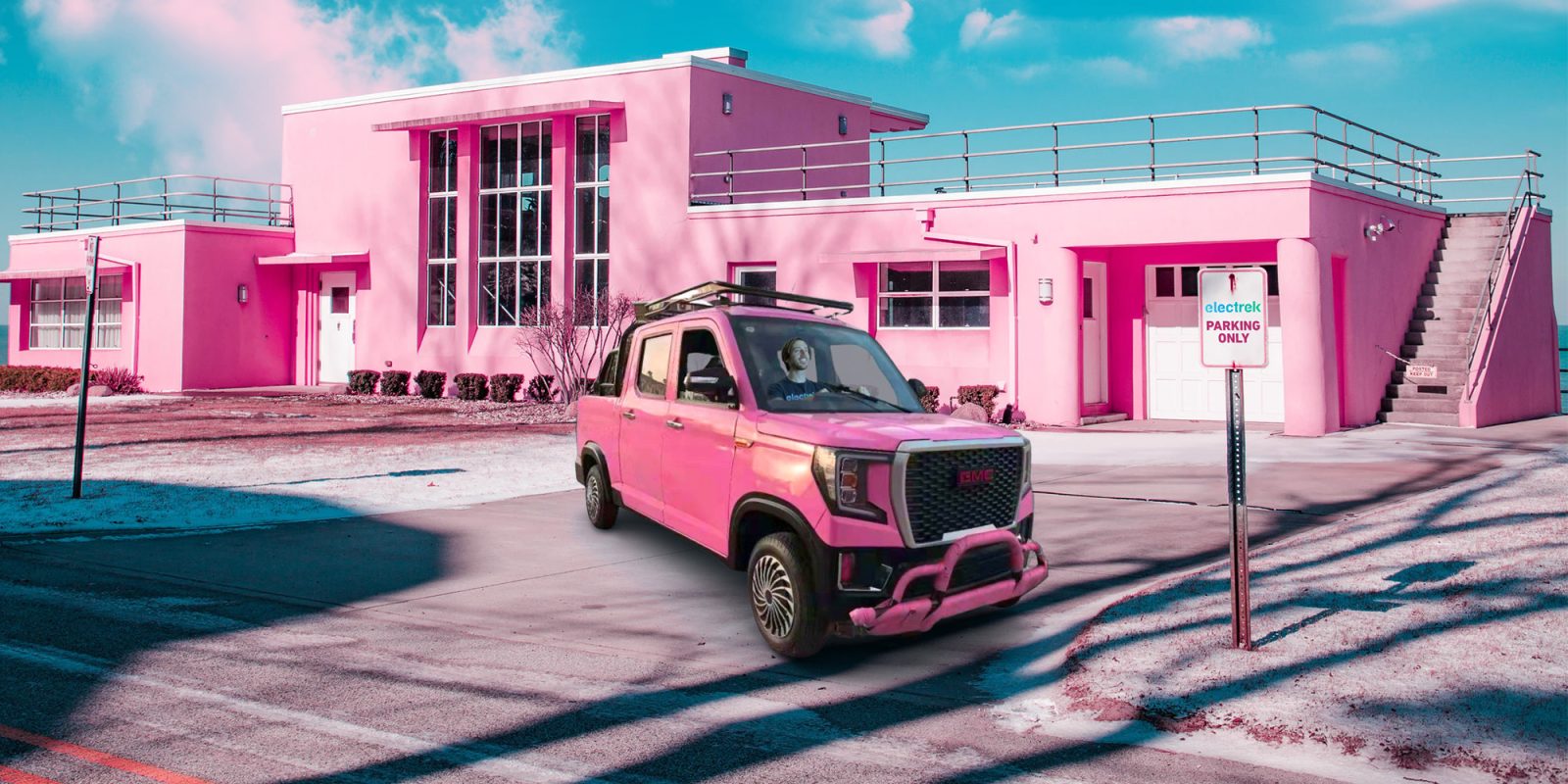 For all those folks out there that “don’t see color,” do I have an awesome electric pickup truck for you?! The fact that it only comes in pink could be a turn-off for some, but not for you! And the sub-$2,000 price might just help push another few converts towards the coolest electric truck reveal since Chevy threw its name in the ring last month.

The only difference is, you can actually buy this one and it will arrive in less than two years. Though buying an electric pickup truck on Alibaba isn’t quite as simple as that, as I found out last summer. But for now, let’s just take a look at what makes this mini electric pickup truck so awesome, and how it landed a coveted spot as my Awesomely Weird Alibaba Electric Vehicle of the Week.

For starters, this is even more truck than the one I featured last summer and then ended up buying for myself.

While my truck was a two seater, this one comes with a crew cab and seating for four adults. That’s enough to have me thinking it might be time to add a second Chinese electric truck in my life.

But what it lacks in speed or acceleration, it makes up for in… pink paint.

Seriously, it’s everywhere. The whole damn thing is pink. And it doesn’t appear to come in any other color. It’s like Henry Ford and Willy Wonka had a baby, and instead of it becoming a racist chocolate entrepreneur, it turned into a bubble gum-enthused truck proprietor. Hey, genes are complicated things. Mendel was really on to something there.

The fact that it’s pink shouldn’t make you discount this fun little truck though.

In fact, that might make it even more appealing as a brand vehicle for the right company.

Just imagine Double Bubble outfitting their factory with a bunch of these cute trucks.

Or what about Pepto Bismol? You’ve heard of the Oscar Meyer Weinermobile. Now feast your eyes on the Pepto Bismol Diarrheamobile.

Hmmm, that one doesn’t have quite the same ring to it. I’ll keep working on it.

And as appealing as the $1,880 price is, I feel like it is my duty to warn you that this won’t be the final price at the bottom of the invoice.

My truck was pitched to me as a $2k wonder, but it was closer to $3k by the time I upgraded the batteries to a much larger 6 kWh pack and swapped the stock lead acid dinosaur batteries for a lithium-ion pack. Then shipping was another $2.2k to get it halfway around the world, not to mention duties and other nickel and dime charges along the way each time the truck changed hands on its circuitous route to me.

But any which way you slice it, you should absolutely pay whatever they ask. You simply cannot put a price on being the only dude in the neighborhood with a Barbie pink electric truck.

And at that point, you might as well go for the whole Dream House look.