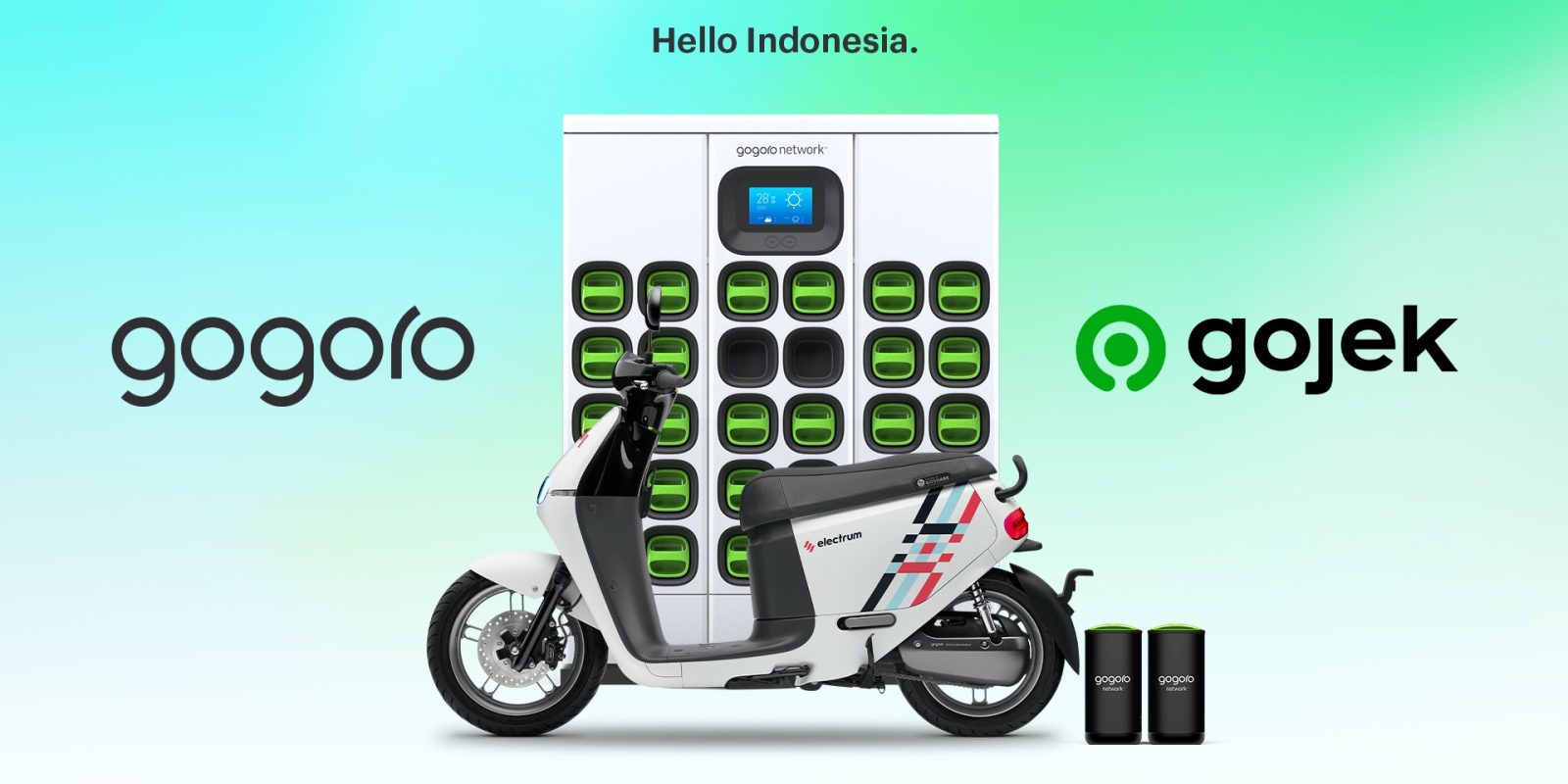 Gogoro’s international expansion has been going quickly, with the Taiwan-based swappable battery and electric scooter company now announcing a partnership with Gojek to enter the Indonesian market.

Indonesia is the third largest market in the world for two-wheeled vehicles like scooters and motorcycles, after China and India (two markets that Gogoro has already announced plans to enter).

Motorcycles make up the dominant form of transportation in Indonesia, outnumbering cars nearly seven-to-one. That makes them a major target for electrification.

To begin operations in the island nation, Gogoro teamed up with Jakarta-based mobility and on-demand platform Gojek.

Gojek’s operations are numerous, but the most interesting to Gogoro is their large fleet of motorcycle delivery drivers. Many can cover hundreds of kilometers a day, almost entirely on gas-powered motorcycles. Gojek and Gogoro will work together to help equip those riders with Gogoro’s electric scooters instead, offering a better performing, cleaner, and greener alternative.

The Gogoro electric scooters to be used in the pilot are capable of speeds above 80 km/h (50 mph), making them useful for a variety of roads in urban areas.

Gogoro’s GoStations house anywhere from dozens to hundreds of swappable battery packs. Riders can simply pull up to a station and swap in a full battery or two, replacing the drained batteries in their vehicle with freshly charged packs.

“One of the greatest challenges of our time, in Indonesia and around the world, is transforming our urban transportation into a new generation of smart and sustainable electric two-wheel transportation that is accessible and people can embrace. Together with Gojek, and the Indonesian government’s support, we are on a path to making this happen. Gogoro battery swapping is a new generation of electric fueling that provides an open platform for two-wheel vehicle makers to introduce new electric vehicles that enable fast, safe and easy to use refueling.”

Gogoro has more experience than any other swappable battery company in the world, and will apply in Indonesia what it learned from setting up its massive network in Taiwan. There, the company oversees 270,000 battery swaps each day, with a service that counts 400,000 riders.

Over 250 million battery swaps have occurred at Gogoro’s 2,100 battery swap stations in Taiwan so far, and that number continues to grow at an impressive rate.

With 7 million two-wheeled vehicles sold per year in Indonesia, and only 3% of them electric, Gogoro and Gojek are hoping to revolutionize the market with a massive shift towards electric vehicles.

As Gojek’s Chief Transport Officer Raditya Wibowo explained in a call with Electrek:

“What we aim to do is change the market’s perception of what an electric motorcycle can do. What you’ve seen with the capabilities of Gogoro bikes so far, we think that will definitely help us educate the consumers. Currently in Indonesia, no one thinks electric bikes can really be used to replace petrol bikes. And that’s what we’re aiming to change. “