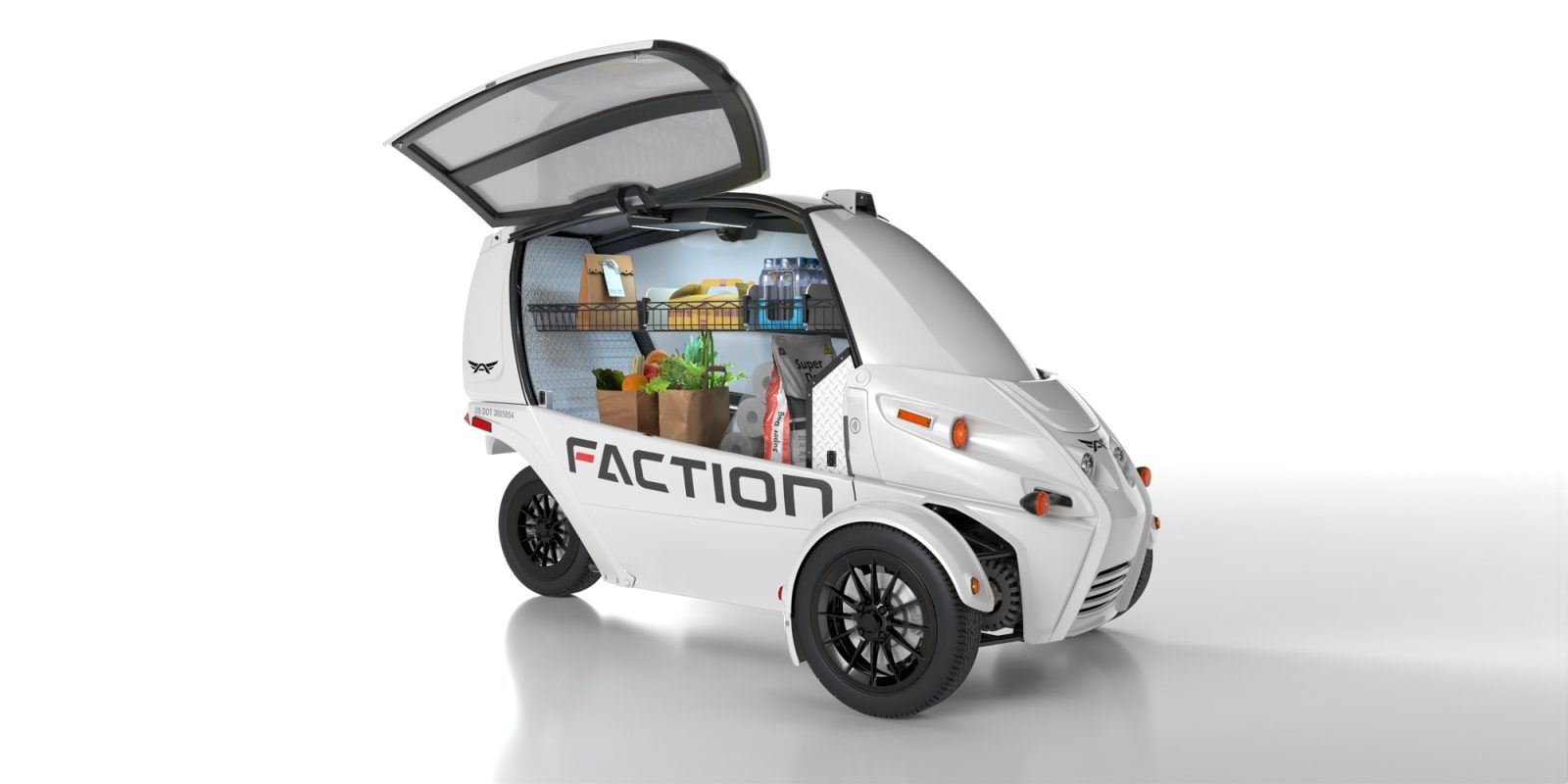 Arcimoto teamed up with Faction to announce the new Faction D1 electric delivery vehicle based on the Arcimoto FUV, but with updated tech to make it driverless.

However, the duo are playing a bit fast and loose with the term “driverless.”

Technically yes, there’s no driver in the vehicle. It’s just three wheels, an electric drivetrain, and plenty of room for cargo.

But there’s a human operator that controls the vehicle using teleoperation – basically an extremely fancy and expensive full-size RC car.

As Arcimoto describes it, Faction’s DriveLink™ and TeleAssist™ technologies are used to “combine autonomy with remote human teleoperation.”

While Faction’s technology turns the three-wheeled vehicle into a driverless pod, Arcimoto’s tech is what powers the actual transportation.

Scalable driverless vehicle systems require engineering from the chassis up, and by leveraging the revolutionary Arcimoto Platform, we’re able to develop our driverless system much faster than using legacy vehicle designs. The end result will be a rightsized, ultra-efficient driverless delivery vehicle that reduces pollution and drives down costs for local and last-mile delivery fleets.

This isn’t the first time Faction has employed an existing electric three-wheeler platform. Earlier this month we learned about a similar partnership between Faction and ElectraMeccanica.

The FUV normally seats two people, consisting of a driver and passenger that sit in a tandem configuration. But by replacing the two seats with cargo space, the Faction D1 converts the platform from a people mover to a cargo mover.

And Faction says that the D1 should be highly cost competitive as well, claiming an expense of less than $2/mile for driverless deliveries. The company expects to begin trials later this year.

We’ve been thrilled to work with the Faction team to support driverless development on the Arcimoto platform. With a common mission of deploying ultra-efficient electric vehicles at scale, the commercial launch of the driverless D1 will be a game-changer for last-mile logistics.

While I can’t speak to the D1 itself, I’ve personally tested the Arcimoto FUV that it is based on. As you can see in the video below, the electric three-wheeler is a fast and nimble urban transport vehicle. Those two features are likely key to its applicability for driverless urban delivery use as well.