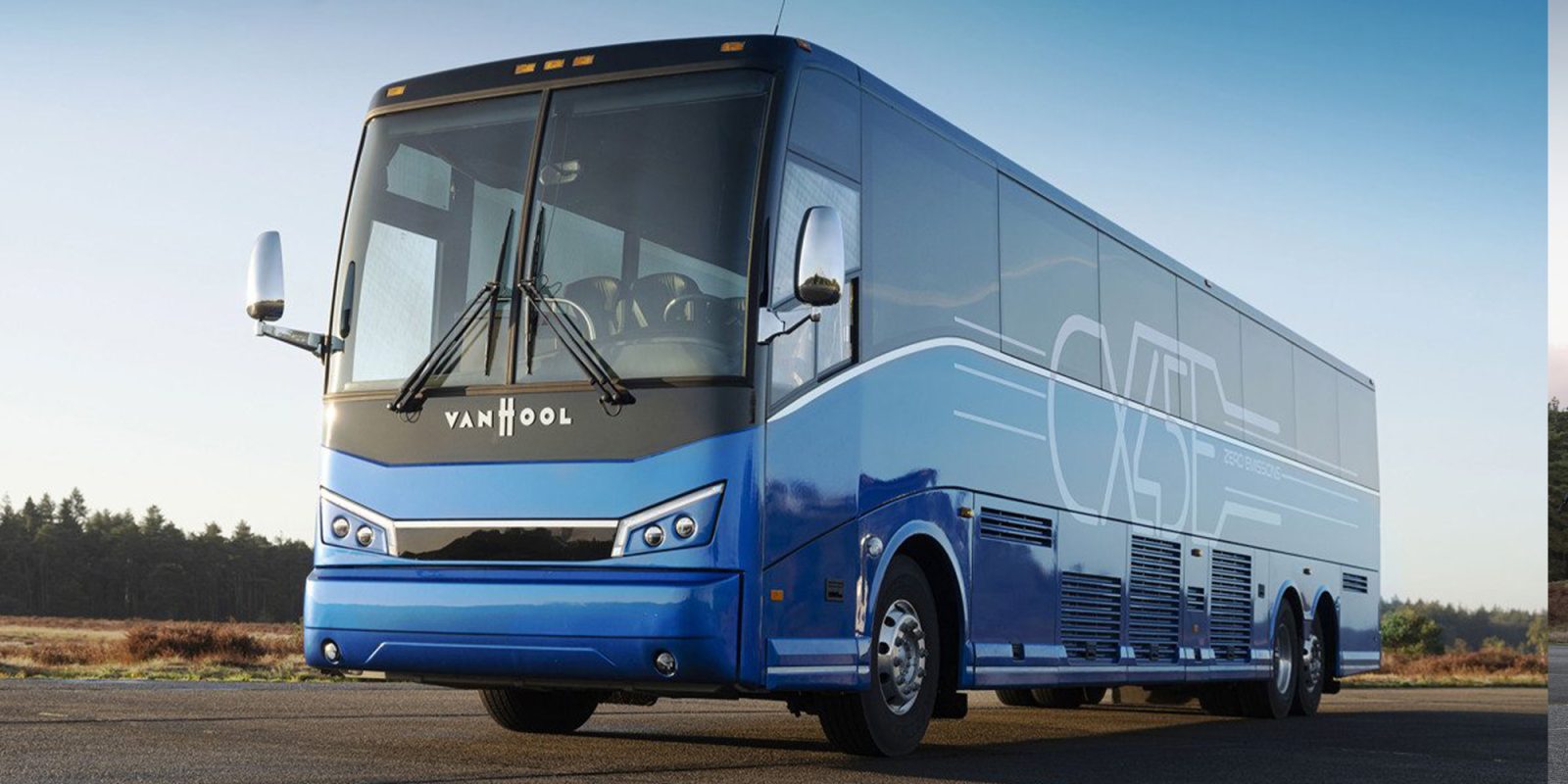 ABC Companies, a North American motorcoach seller, announced it has completed a 1,700 mile trip across the Pacific Northwest using a Van Hool CX45E all-electric bus. The electric bus was “Proterra Powered” and traveled from Newark, California to Seattle, Washington and back using only public charging stations. The trip helps showcase the potential of battery-electric bus capabilities, as well as the growing charging infrastructure to support long-distance electric vehicle travel in the US.

ABC Companies is a family-owned sales and service company specializing in motorcoaches in the US and Canada.

Overseas, Van Hool is a renowned name in large transport vehicles such as coach buses, tankers, and trambuses. Like many commercial vehicle manufacturers, Van Hool has begun electrifying its fleets in favor of zero-emissions travel.

One of these offerings includes the CX45E, a 100% electric 56 passenger coach bus that made its journey to the US in December of 2020. One of the retailers that received these Van Hool buses was ABC Companies, which began delivering the CX45Es to customers in early 2021.

Since then, ABC has been using the “Proterra Powered” CX45E electric bus for data collection and performance benchmarking to suit specific customer applications. With its latest pilot program road test, the company has exhibited the growing potential of electric coaches and tested the charging infrastructure in place to keep them replenished.

According to a press release from ABC Companies announcing the successful pilot program, it provided the Van Hool CX45E to its Pacific Northwest customer MTRWestern, which helped complete the journey. During several legs of the trip from Newark, California to Seattle, various MTRWestern passenger groups took turns aboard, traveling to destinations throughout the Pacific Northwest.

The electric bus itself features “Proterra Powered” battery packs, which utilize high-energy NMC cells totaling a 676 kWh capacity. As a result, the electric motorcoach averaged 280 miles of total projected range between charges, although some legs projected well beyond 300 miles.

Another goal of the long-distance trip was to test the viability of charging stations along a typical route, particularly for larger commercial vehicles.  The companies discovered that there were ample charging stations available at regular intervals, with plenty of range to spare. However, several locations were not designed to accommodate larger passenger vehicles like electric motorcoaches.

ABC companies stated it is clear that the physical layouts of many stations are not prepared for the pace at which it is deploying these “Proterra Powered” electric buses into the market.

Despite spacial issues, ABC found that charging times were shorter than projected, averaging 2.5 to 3 hours, since the CX45E never used more than 65% of the available battery on a given leg of the trip.

The company stated that this is due in part to the high energy density of the “Proterra Powered” battery packs integrated in the electric bus. ABC President and CCO Roman Cornell spoke to the long-distance trip and the continued improvements the company is seeking:

Our customers who have the CX45E in their fleets also continue to see increases in range as their drivers improve their ability to manage energy usage. We utilize real time telematics measuring everything from energy consumption, charge rates, vehicle performance and more, so we are able to work with our customers and continually improve energy consumption and therefore range. Our continued success with the Proterra Powered electric drivetrain just keeps pushing the current boundaries for zero emissions motorcoach travel, making claims or records, somewhat irrelevant. These coaches perform as stated, period.