New video footage shows the upcoming Jetson ONE eVTOL (briefly) taking off, and flying over water 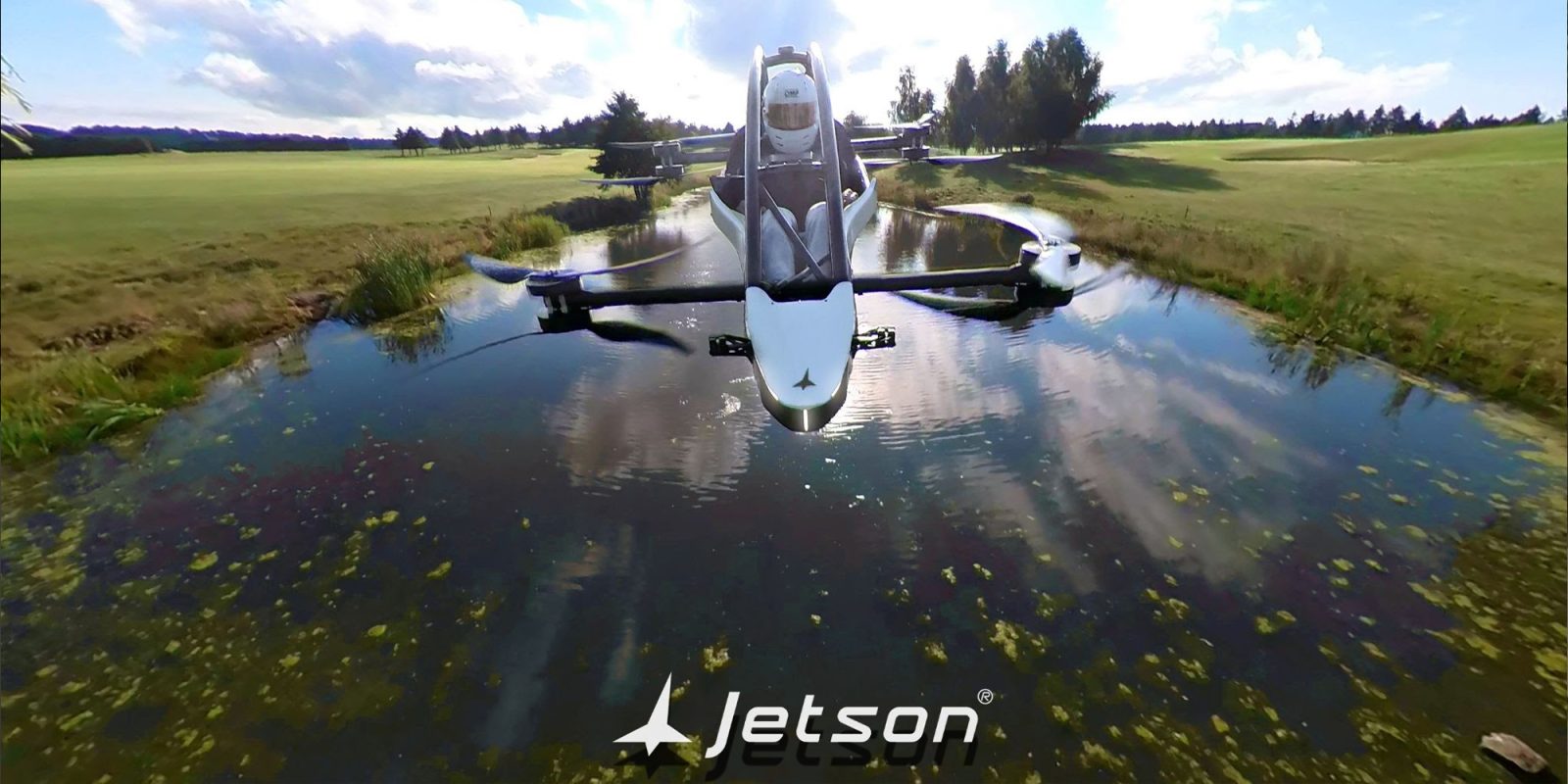 Swedish eVTOL developer Jetson AB has shared more footage of its upcoming Jetson ONE aerial vehicle flying over water. At the request of an overload of comments on its social channels, Jetson also shared footage (albeit briefly) of its ONE eVTOL taking off, to showcase how simple the process is. Following a massive demand, Jetson’s founders are already teasing additional flying vehicles to come.

Jetson AB is a Swedish startup founded in 2017 that specializes in electric vertical take-off and landing (eVTOL) vehicles. By developing smaller eVTOLs, Jetson claims to be the only competitor on the market that can provide commercially available personal electric vehicles.

By “providing them,” Jetson is simply selling them at this point, although it is selling all of them. The company’s first eVTOL is called then Jetson ONE, a single-passenger aerial vehicle its maker’s describe as a “flying motorcycle,” even though you sit with your legs forward.

The Jetson ONE was officially unveiled last October alongside some awesome video footage that unfortunately did not show the eVTOL taking off yet. As reservations opened afterward, the initial 12 Jetson ONE units scheduled for 2022 production quickly sold out.

According to the company, 242 more have already been sold for 2023 deliveries. Jetson also shared that over 3,000 purchase requests came in during that time, so Jetson ONE demand is… taking off.

A representative for the company told Electrek that following the debut footage of the Jetson ONE, it was been bombarded by comments from people requesting to see the eVTOL taking off. Jetson has obliged as you’ll see in the video below… as long as you don’t blink.

Watch the Jetson ONE taking off, flying around a golf course

At the request of its fans, Jetson has shared video footage of the ONE taking off, and flying directly above water. When you get the the video below, you will be able to see the Jetson ONE taking off at (0:36), followed by more footage of the single-passenger aerial vehicle in action.

As the eVTOL moves closer to 2022 production, Jetson co-founder and President Peter Ternstrom spoke about the what the Jetson ONE represents for the company and its future:

The Jetson ethos is all about beautifully simple solutions to air mobility and transportation. The Jetson ONE is our answer to fun and recreational flight. We can teach anyone to fly in less than five minutes. Our mission is to make everyone a pilot in a decade or so.

The video shows the Jetson ONE taking off and operating with a person inside, which is refreshing to see from an eVTOL company, even at low altitudes. However, the footage also showcases how agile and light the aerial vehicle is – a huge benefit for future customers wanting to fly solo.

By folding to 90cm wide in just seconds, the Jetson ONE can fit in a van, pickup or trailer. The company told us it also has tiny wheels that can’t be seen in the video, which allow for it to be rolled by one person. Co-founder and CTO Tomasz Patan also spoke about the company’s mission, and hinted at more exciting aerial technologies to come:

We hope Jetson ONE plays a role in changing public opinion on eVTOL. We bridge the gap between sci-fi and reality and most importantly we do not show renderings, we have a working product. I am often imagining a not too distant future where you would have a compact, car-like aerial vehicle transporting you across the big city in minutes instead of hours-this is an idea worth spending a large part of my life working on.

Before we see any flying cars, the company will focus on getting the Jetson ONEs it has already sold out to customers around the globe, beginning this fall. The eVTOL currently costs $92,000 and requires a $22,000 deposit.

You can check out the new footage of the Jetson ONE taking off and flying below: