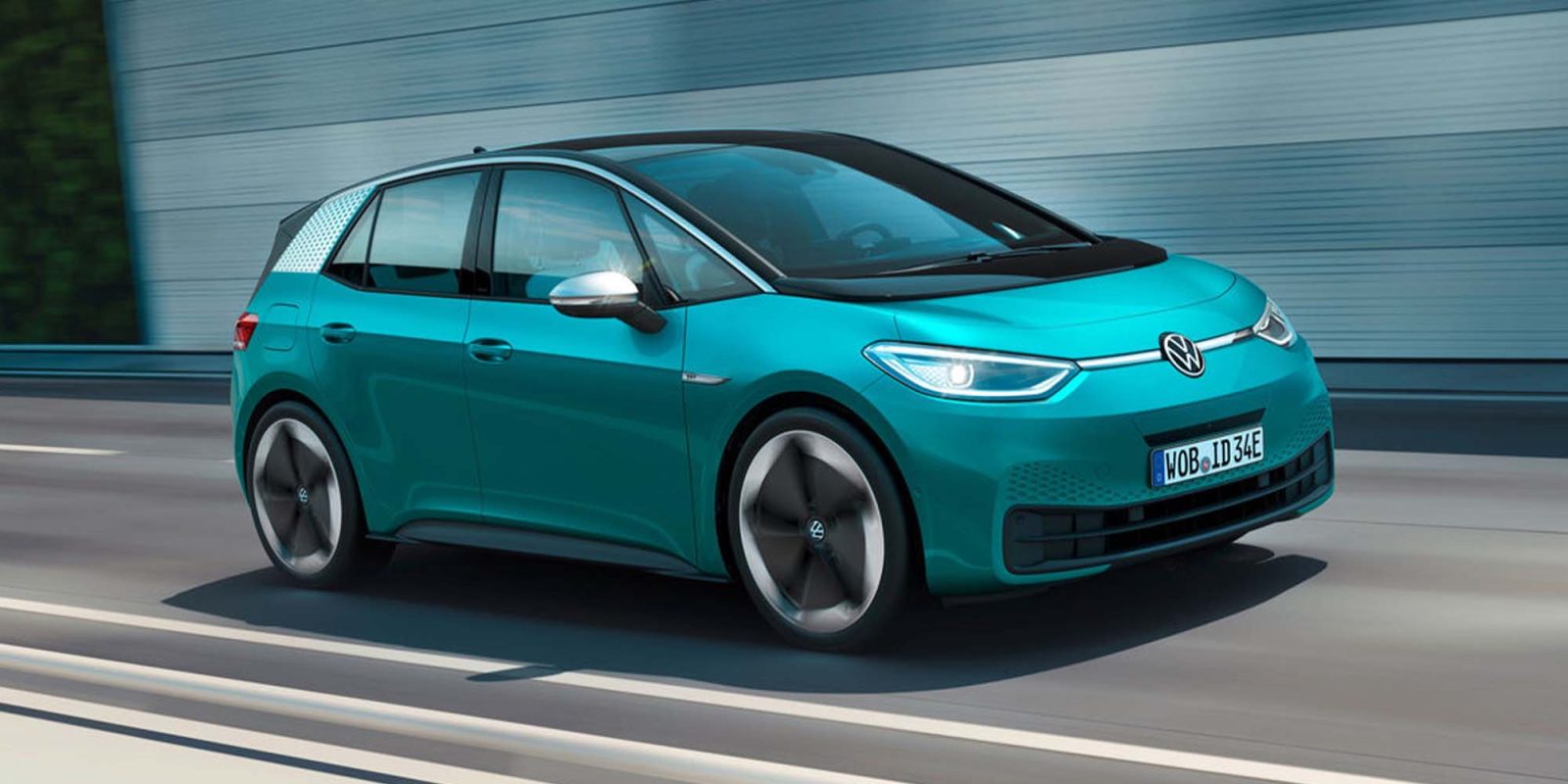 Following another productive year of increased EV deliveries, Volkswagen Group has shared specifics to its electrification numbers in the EU. In addition to seeing a 64% increase in EV deliveries across most of its brands combined, the German automaker also exceeded average emissions targets put in place for the EU.

Volkswagen Group has quickly become one of the more prominent EV automakers following a comprehensive transition toward electrification across many of its marques, some of which include VW itself, Audi, Porsche, and SEAT.

This growth in Volkswagen EV deliveries has been something we at Electrek have had eyes on, as we pointed out its 138% YOY growth for BEVs in particular, nipping at the heels of American rival Tesla. In terms of Volkswagen brand BEVs and PHEVs, the automaker doubled its deliveries in 2021 compared to a year prior, despite global supply chain issues and an ongoing semiconductor shortage.

Through its ID family of EV offerings, Volkswagen Group has seen tremendous interest in the EU, US, and Chinese markets. With several more EVs on the way like the ID. Buzz , Volkswagen looks to continue EV deliveries to garner a bigger piece of the global EV market.

In the EU in particular, Volkswagen Group has stats pertaining to EV deliveries and average CO2 emissions that exemplify its growing dominance in the market, and its genuine (and refreshing) dedication to lowering global emissions.

The global manufacturing corporation touted its delivery and emissions numbers in a recent press release, sharing data comparisons and the graphic seen above. According to Volkswagen Group, it completed 472,300 EV deliveries (BEV and PHEV) in 2021 across 27 EU countries, plus Norway and Iceland – a 64% total increase compared to 2020.

Furthermore, the percentage of BEVs and PHEVs sold was 17.2% of the Group’s total deliveries – up from 10.1% a year prior. Using this data, Volkswagen Group was proclaimed itself “the clear market leader for BEVs in Europe,” citing a market share of around 25%. Christian Dahlheim, Head of Group Sales at VW AG spoke:

Our Group-wide electric offensive picked up significant speed last year with many attractive new models. Nearly one in five vehicles delivered in Europe was electrified, and more than half of these were all-electric. This helped us to further reduce CO2 fleet emissions and fulfill the EU target. We were also able to inspire many new customers for e-mobility. As part of our NEW AUTO strategy, we will continue to consistently drive forward the electrification of our portfolio in the coming years. In 2030, we plan a share of all-electric vehicles of 60 percent in Europe.

Dahlheim is referring to Volkswagen’s CO2 emissions, which the Group also publicly noted in its release. Based its own preliminary figures, Volkswagen Group achieved average CO2 emissions of 118.5 g/km in the EU last year for new passenger cars. That’s roughly 2% less than the EU’s legal target.

It’s important to point out here that two combustion-centric marques under the VW Group monicker – Bentley and Lamborghini, both of which were measured individually and were not included in the Group’s overall emission numbers.

Additionally, VW Group points out that the final confirmation of its emissions will be completed by the EU Commission at a later date. That being said, these numbers are encouraging for EV adoption and lowered emissions throughout Europe.

Volkswagen Group has previously committed to the Paris Climate Agreement and is working to become net climate neutral by 2050.