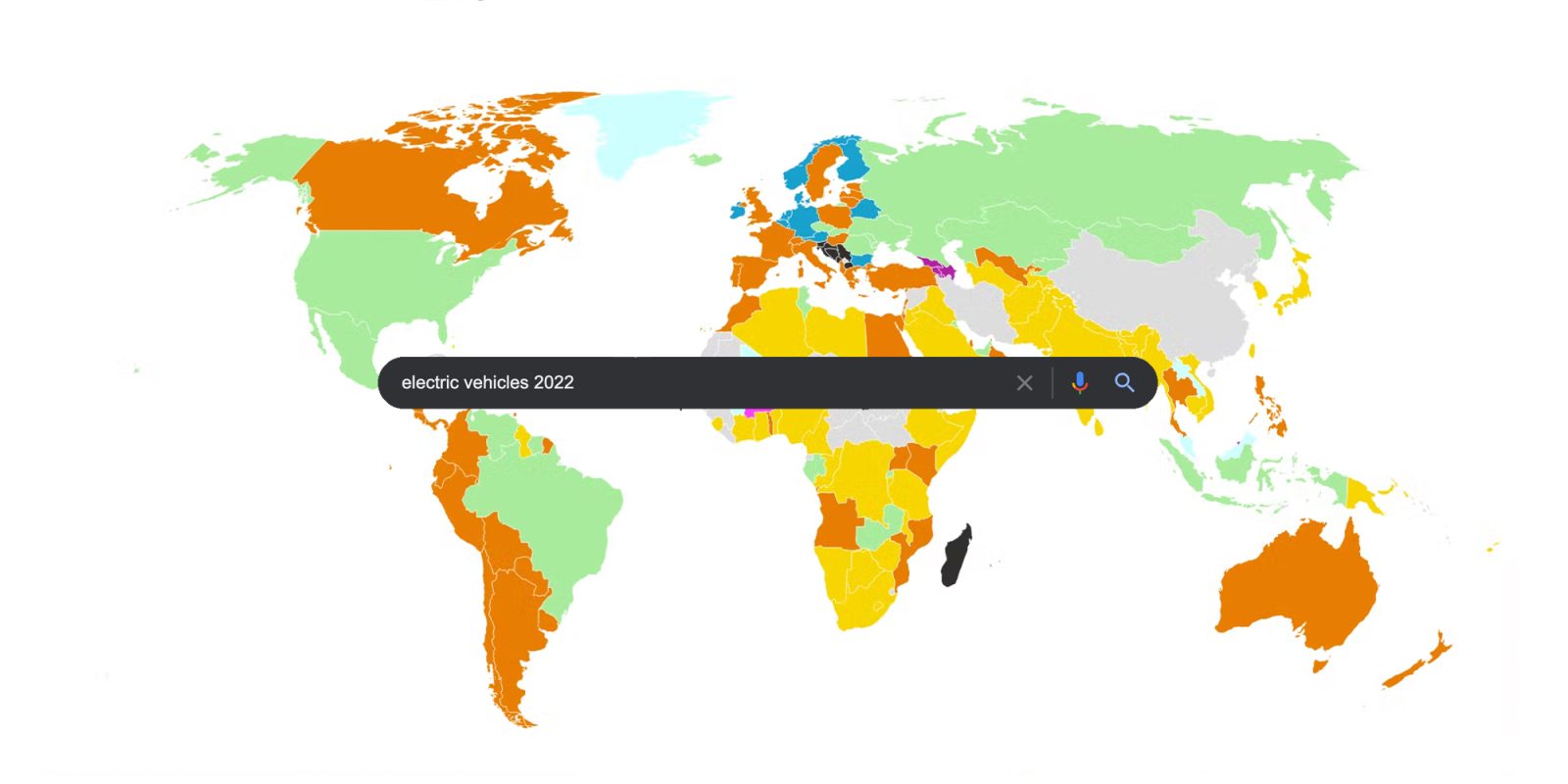 Just a decade ago, EVs were barely an afterthought when it came to transportation, and even those trailblazers who embraced them wouldn’t necessarily call the segment “sexy.” A lot of that changed with Tesla’s original Roadster, followed by other cool looking EVs that helped pave the way (and get legacy automakers to wake tf up). With over twenty new EV models scheduled to arrive this year alone, the thirst for EVs has never been greater. That’s evidence based on all of our Google search data, which has been compiled to present some of the most sought after EVs around the world – even if some don’t technically exist yet.

Determining the most sought after electric vehicles around the globe

This study was published by Lease Fetcher, which utilized Google search volume data for EVs across 168 different countries. From there, the team compiled three separate top ten lists of most sought after EVs by location – The UK, US, and the entire globe. Here are the results.

Top EV searches in the UK

As you can see from the table below, Brittania (like most of the world) is very interested in Tesla’s upcoming EVs, despite their habitual production delays. Building the anticipation, I suppose.

Compared to the US and global lists, the UK has searched more EVs European automakers such as Mercedes-Benz, Volkswagen, and Renault. In fact, Tesla and Apple are the only two American companies on the list.

Polestar is a Swedish automaker, but the Polestar 3 SUV is going to be manufactured in the US and China. Regardless, the UK is particularly excited about it (as it should be).

Check out the full top ten:

Top EV searches in the US

As one might expect, a majority of the US EV searches are for American-made models, although there are certainly some repeats compared alongside the UK. Tesla again takes the top two spots, but is instead followed by GM’s electrified Chevy Silverado and Cadillac Lyriq, as well as Ford’s ultra-hyped F-150 Lightning pickup.

The Apple Car again makes the top five in the US, despite not really existing yet, at least not publicly. The Fisker Ocean also holds a unique spot in the US at #9 as it prepares to launch its flagship Ocean SUV this fall.

Additionally, Solar EV startup Aptera averaged 28k searches a month in the States. Its flagship SEV is currently in beta phase, and is scheduled to arrive later this year. You can currently reserve your own for $30 off the $100 deposit.

One noticeable facet of this US data is how much more robust it is compared to overseas. The #10 spot in the US only saw 10k less monthly searches than the #1 searched Roadster in the UK, which averaged 38k a month.

This difference correlates rather fairly with population, as the US has roughly five-times the amount of people than the UK. That translates to many more fingers typing on Google.

Last but not least, Lease Fetcher has compiled Google search data from 168 of 195 total countries to provide the most searched EVs on Earth (spoiler alert – you’ve already seen all of these names).

While the search volumes are certainly larger in scale, the results don’t veer too far from the tables above. In fact, they sort of combine to provide top names from the UK and US.

Tesla again sits atop the list, although the next generation Roadster takes gold for the globe. One could argue that this EV is at an advantage as it shares the same name as its 2008-2011 predecessor, so either search could technically count.

What is most interesting about this list is that the only EV in the top five scheduled to arrive this year is the i4, which has already begun deliveries. As for the other four – people can search all they want, but there are still some question marks.

GM has stated the Silverado will arrive next year, which sounds promising. While there’s still a slight possibility the Cybertruck could deliver in 2022, all signs realistically point to 2023. Tesla has previously stated that the new Roadster’s arrival will depend on supply chain shortages and the fact that Cybertruck deliveries will take priority – even if it arrives in 2022.

Roadster is joined by the mysterious Apple Car that is rumored to arrive in 2024, although its saga dates all the way back to 2007. There are still plenty more questions than answers when it comes to an Apple EV, but one thing is certain from this data, the curiosity remains.