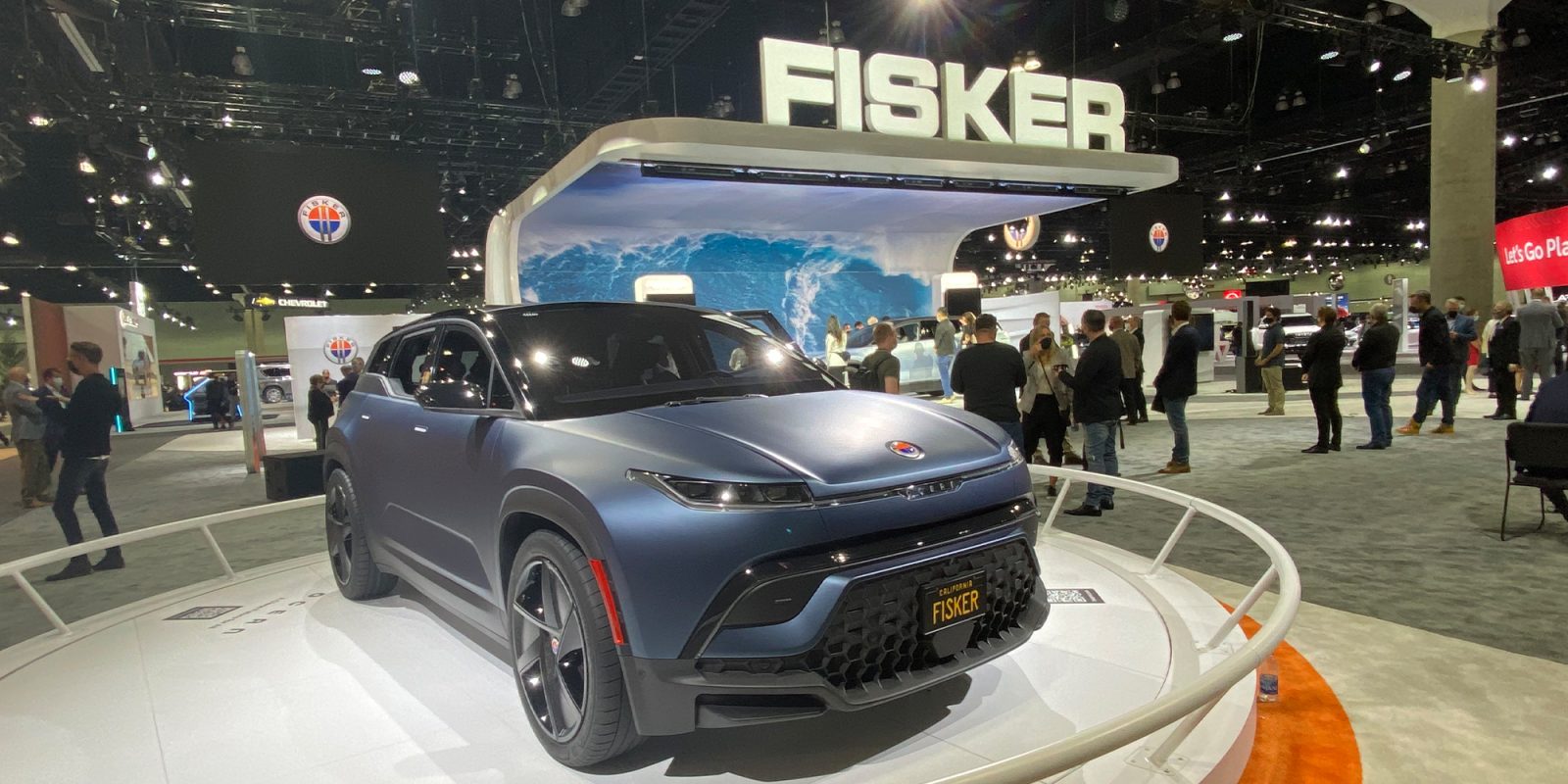 Los Angeles-based Automaker Fisker Inc. turned a new page in its history today with the official debut of its flagship EV, the Ocean SUV. The Ocean is an EV we have covered closely over the past two years leading up to its unveiling at the LA Auto Show this morning. Following a presentation by founder and CEO Henrik Fisker, we now know the specs, price tiers, and added features consumers can expect to see on the Ocean when deliveries begin next November.

No matter the history, Fisker is a name long associated with electric vehicles. The first iteration was launched nearly fifteen years ago in an automotive landscape that was absolutely diminutive compared to the global EV market today.

The company was reborn in 2016 as Fisker Inc. amidst a much more robust electric vehicle industry. Back in 2019, Fisker Inc. revealed several EV concepts to the public, including an electric SUV it said would be available for $379/month (more on that later).

This was the inception of the Fisker Ocean, the flagship EV chosen by the automaker to provide sustainability and affordability to the masses, as well as a fresh start for the Fisker name.

The Ocean wheels really got turning last October, when Fisker announced a deal with manufacturing juggernaut Magna International to produce its Ocean SUV. This was followed by a long-term agreement with Magna announced over the summer, offering a more concrete timeline of delivering the Ocean in November of 2022.

Since then, most of the press related to the Fisker Ocean has mentioned its debut at the LA Auto Show, and its touted starting MSRP of $37,499 before incentives. Following a soft debut in its hometown of Manhattan Beach, CA, last night, Fisker has now shared new price details and specs of the Ocean SUV.

Automobility LA 2021 kicked off with a crash this week… a crash of waves, that is. Fisker Inc. was one of the first automakers to present at the South Hall of the LA Convention Center, prefaced by the soothing sound of ocean waves crashing on the shore. Truly fitting for a new EV named after the sea, from a company whose logo was also inspired by the ocean.

CEO Henrik Fisker spoke to a large crowd as the sheet was pulled, offering the public a first glimpse of the production-intent Ocean SUV. It’s quite an impressive-looking vehicle at first glance, and its specifications further compliment it.

To begin, the Fisker Ocean will come in three separate trims at three different prices. This includes the Standard Sport, the Ultra, and the Extreme.

Furthermore, the first 5,000 Oceans produced will be a special launch edition called the Ocean One. These initial models will feature a Fisker Ocean One designation and all the same standard equipment as the Extreme trim, including 22″ F3 SlipStream wheels.

The Standard Ocean Sport will arrive as the base model Fisker, and the only to be powered by LFP batteries from CATL, providing 250 miles of range. This is also the only FWD version of the Ocean.

Below are the specs of the three Ocean Variations:

In addition to the typical specs mentioned above, the upcoming Ocean will arrive equipped with some unique features. Sustainability was a word Henrik used a lot while presenting the EV, which is partially built from recycled carbon and aluminum.

The interior also features carpet made from recycled plastic bottles, fishing nets, and t-shirts. Speaking of the interior, the Ocean comes with a patented, revolving 17.1-inch screen in the center of the dash that can rotate from landscape to portrait mode. This can serve as ideal screen layouts for driving (portrait) or “Hollywood mode” (landscape) for screen viewing while parked.

Lastly, the Ultra, Extreme, and Ocean One will offer “California Mode,” which will lower all of the EV’s windows with one push of the button. This includes the rear window, as well as the small 3/4 passenger sides Henrik Fisker described as “doggie windows”

Fisker has long been promoting its consumer-friendly pricing for the Ocean, promising a vehicle at $37,499. Well, they appear to have pulled it off as that will be the starting MSRP of the Ocean Sport.

Remember that $379/month payment we spoke about earlier? Well, that has also been accomplished in the form of Fisker’s “Flexee Lease” offering. This option is more like a subscription model in that it can be ended at any time, and lessees are not committed to a term.

The $379/month Flexee Lease payment includes 30,000 annual miles and requires a one-time $2,999 initiation and activation fee. After twelve years of lease driving, Fisker shared that it plans to retire and safely recycle each Ocean.

The Ocean EVs are slotted to begin production at Magna’s carbon-neutral factory in Graz, Austria, next November, beginning with the first 5,000 Ocean One EVs.

The initial specs are promising, especially as the trim levels go up (along with the price, of course). This sales approach is wise on Fisker’s part for potentially delivering an electric SUV with 250 miles of range for under $30,000 (pending full federal tax credit). That’s gotta be enticing to consumers.

While the Ultra and Extreme trims cost quite a bit more, you get a lot more performance as well. For $12,500 more than the Sport, consumers will get AWD and 90 miles of additional range (Fisker points out this 340 miles is the best for an EV in its class under $50k).

The leap from Ultra to Extreme isn’t as wide a gap, but the SolarSky roof truly intrigues me. With the 1,500 miles of annual range estimated from sunny California weather, that comes out to about 29 additional miles per week.

Depending on your commute and where you park, you may soon be able to travel to and from work from the sun’s power, saving your NMC battery storage for longer trips.

So far so good, I’m quite interested to learn more about this EV moving forward.