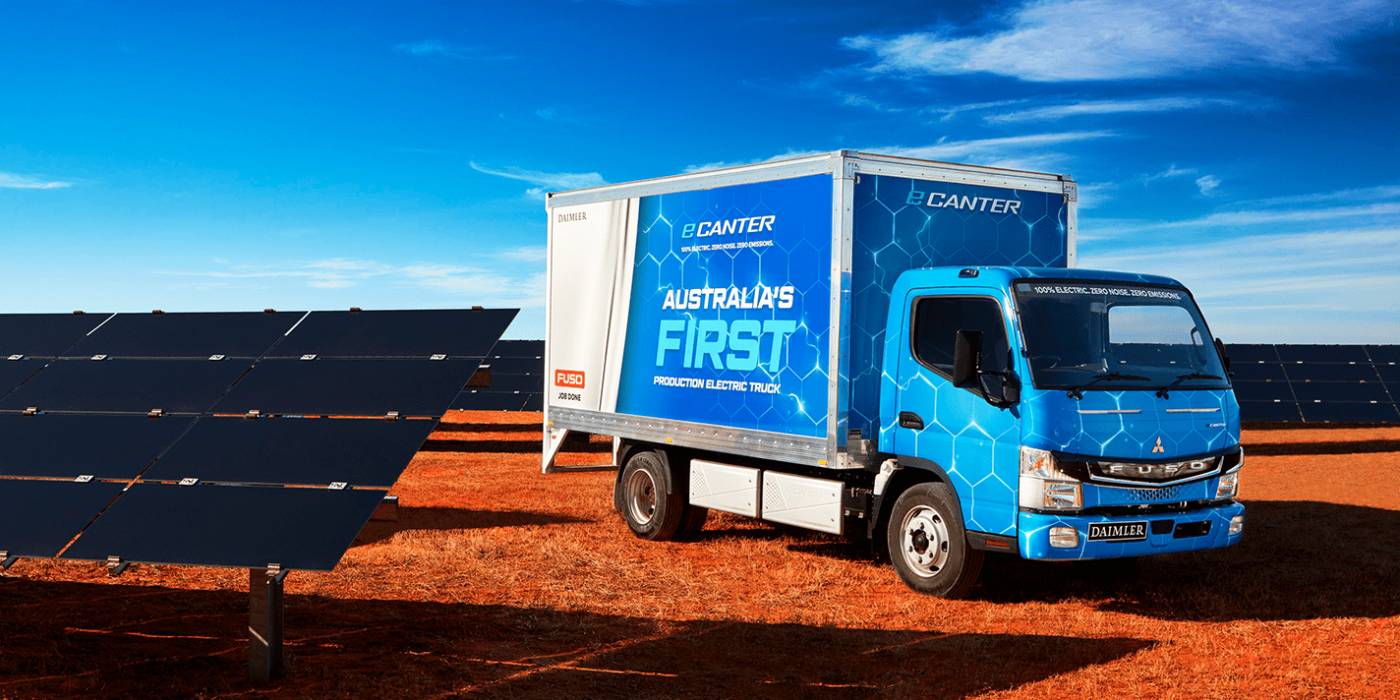 In a response to the AdBlue shortage that’s sidelined scores of diesel delivery trucks, the Australian Trucking Association (ATA) has joined up with the Electric Vehicle Council (EVC) to urge rapid policy reforms that would accelerate the nation’s transition to a zero-emissions trucking future.

The ATA and EVC have collaborated on a document called “Electric trucks: keeping shelves stocked in a net-zero world” that calls for the Australian government to enact incentive programs and legislation that is more EV-friendly, so they can accelerate their transition to electric trucks and escape the consequences of a worsening AdBlue shortage.

The document is the result of a series of workshops and panels that enlisted more than 50 stakeholders in the area. In those talks, they identified the uncertain policy environment, limited electric truck availability, a lack of charging infrastructure, limited consumer awareness, and restrictive Australian Design Rules as the key barriers to the electric truck transition.

It’s also worth noting that, because of those obstacles, only 14 electric commercial truck models are available in Australia, out of the 58 suitable models (that’s the ATA’s number) available globally.

What’s up with AdBlue

For those of you who aren’t familiar with AdBlue, it’s the brand name of a urea-based diesel exhaust fluid (DEF) that was first mandated for trucks back in 2011, and it plays an important role in cleaning up the emissions of modern diesel engines. AdBlue is sprayed in small amounts into the diesel’s exhaust system. There, it mixes with the exhaust fumes and reacts with the harmful nitrogen oxide gas (NOx), and breaks a lot of it down into nitrogen and water vapor.

AdBlue is hugely important, in other words – but there’s been a bit of an unintended consequence of building rock-solid emissions controls into diesel trucks: they won’t run without AdBlue.

That’s by design, of course, as safeguards have been built into the digital control systems that run the trucks to prevent tampering with the DEF system. And, for about a decade or so, the system has worked (more or less).

True, it has added some costs to the trucking companies and owner/operators, but its stated goal of curbing harmful nitrous oxide emissions was a success and the added costs were manageable… with “were” being the operative word in that sentence. That’s because, in the last twelve months, the price of urea has been rising consistently, reaching all-time highs in Q4 of 2021. And, because urea is used in agricultural fertilizers, the country that produces the most urea, China, is keeping the chemical to itself in a bid to keep its local food prices in check.

That means there’s no longer enough urea to make the AdBlue that the shipping industry has come to depend on to keep moving – at any price.

It gets worse. The lockdowns and waves of panic buying of the last few years have highlighted the importance of the freight sector in keeping “essential businesses” like supermarkets and pharmacies stocked, while rapid growth in online shopping has resulted in an increased dependence on last-mile delivery vans – many of which are still diesel-powered, especially in Australia.

Switching from diesel to electric trucks would, the groups argue, immediately do away with the need to source or make more AdBlue, and also insulates the shipping industry from increasingly volatile diesel prices while reducing maintenance costs and improving work conditions for truck drivers – arguments that EV enthusiasts have been pointing out for years.

The move would also allow delivery trucks to operate outside of Australia’s noise curfew hours, because their electric drivetrains would maintain the “peace and quiet” that’s been legislated into evening and morning hours. “Curfew free operations are a huge opportunity,” argues Behyad Jafari, CEO of the EVC, in the groups’ statement. “(It creates) benefits for operators optimizing fleet operations and to the community through reducing peak hour traffic and congestion.”

The hope is that the joining of these two historically opposed voices will spur government actions. “We need the government to read these recommendations and get moving fast,” says Jafari. “If we implement them swiftly the benefits to Australian trucking, our economy, and our environment will be truly massive.”

Speaking to a more conservative audience typically more concerned with issues of economic growth and national sovereignty, the paper reads:

The AdBlue shortage crisis was a potent warning about our extreme fuel insecurity. Why should Australia be dependent on China and the Middle East to keep itself moving when we could be using homegrown power? Being able to power our supply chains with local electricity is surely a national sovereignty imperative.

Any economy that relies on diesel carriers is going to find itself impacted by the AdBlue DEF shortage in one way or another, and – as population growth increases the demands put on the agricultural sector – it’s not likely to be a shortage that’s going away. The quicker Australia – and everyone else! – gets on the electric bandwagon the better off we will all be.