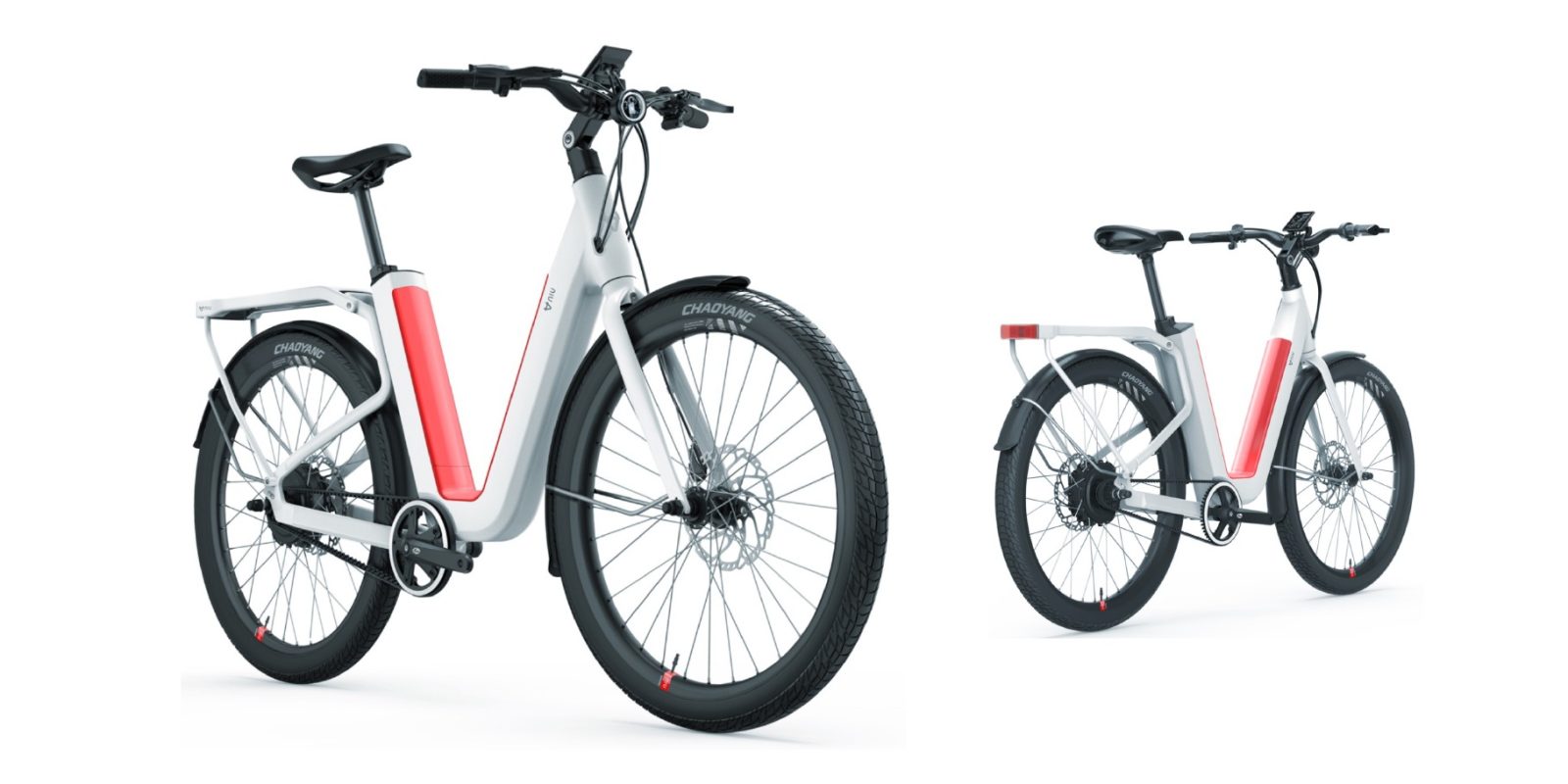 NIU’s claim to fame is its wildly popular smart electric scooters, which have taken off in Asia and continue to post strong sales in the European and North American markets. But the company’s tech has also been making its way into a wider range of lighter electric vehicles. Now NIU’s upcoming electric bicycle may be preparing to turn the e-bike industry on its head.

The company demonstrated that it could successfully pivot that same technology into smaller rideables when last year it rolled out a sporty electric kick scooter known as the NIU KQi3.

But one of the most interesting new products headed for US and European shores is NIU’s new BQi electric bicycle.

We got our first detailed look at the bike around six weeks ago at the EICMA Milan Motorcycle Show, giving us a taste of what NIU has in mind for this radical new design.

Just jump to 6:37 in the video below to see the NIU BQi up close.

The appearance of the bike flips the script compared to the e-bike market’s usual suspects to which we’ve grown accustomed.

While there are hundreds of e-bike companies each selling several different models, nearly all of these e-bike designs tend to follow predictable lines.

The fat tire e-bikes all look like fat tire mountain bikes. The folding e-bikes largely look the same. All the step-through e-bikes look like Dutch bikes. All the electric moped-style bikes basically look like, well, mopeds.

There are some exceptions to the rules, as well as some occasionally unique e-bikes that pop up from time to time. But by and large, the e-bike industry follows predictable paths.

And fortunately for us, NIU isn’t part of the electric bicycle industry – or at least it has joined the industry as an outsider. With a history of building scooters and motorcycles, NIU came in with a different design approach for both the styling and tech behind an electric bicycle.

The NIU BQi adopts a step-through design, hopping on the bandwagon of a recent trend that makes e-bikes more accessible to a wider range of riders. But it does so without falling back on a Dutch bike design or something that looks like a classic “women’s bike”.

The U-shaped frame will not only make the bike easier to mount, but it should also make it easier to handle the bike when the rear rack is loaded down with heavy cargo or kids. Stepping through the frame will be much easier than swinging a leg over tall cargo.

Another advantage of that unique frame is a unique way to store batteries. Yes, “batteries” as in plural. While the vast majority of all e-bikes use a single removable battery, NIU’s unique frame design makes it easy to fit two batteries. And it does so without looking bulky or disproportioned.

The company hasn’t announced the capacity but says the dual batteries should offer up to 62 miles (100 km) of range. I’m guessing that means nothing less than 500 Wh each, which would mean a pair of 48V 10.4Ah batteries. NIU says it will use 21700-format cells, and thus perhaps the capacity will be even higher.

On the performance side, the EU version will, unfortunately, be limited to boring 25 km/h (15.5 mph) speeds and a 250W rear motor.

The bike will be programmable for either Class 2 or Class 3 regulations, which are the two most popular (and objectively most fun) e-bike classes in the US.

A belt drive and hydraulic disc brakes will make the bike easy to maintain, which again takes another page out of NIU’s electric motorbike playbook.

But perhaps the most revolutionary aspect of all will be the pricing. NIU said late last year that it is aiming for a sub €1,500 (US $1,705) price, and the company’s massive size means that could be a real possibility. Compared to other entries in the marketplace that offer somewhat reduced performance at higher prices, NIU could stand to gain some serious market share.

And that’s before you consider all the additional tech that is likely to be built into the e-bikes. NIU has an advanced smartphone app that is used across its line of vehicles to monitor diagnostics and perform at-home updates. I use it all the time for my daily driver, which is a NIU NQi GT electric scooter. The same app will almost invariably make it into NIU’s upcoming BQi electric bike.

What isn’t as clear is NIU’s timeline for releasing the new electric bike.

It’s no secret that the electric bicycle industry is coming off of a rollercoaster year with regard to supply chain issues and shipping crises.

But with NIU headed to CES 2022 next week and expected to bring its upcoming electric bike with it, we may get lucky with an estimated release date announcement.

And if not, then we’ll all just have to keep pestering the company until they give us one.