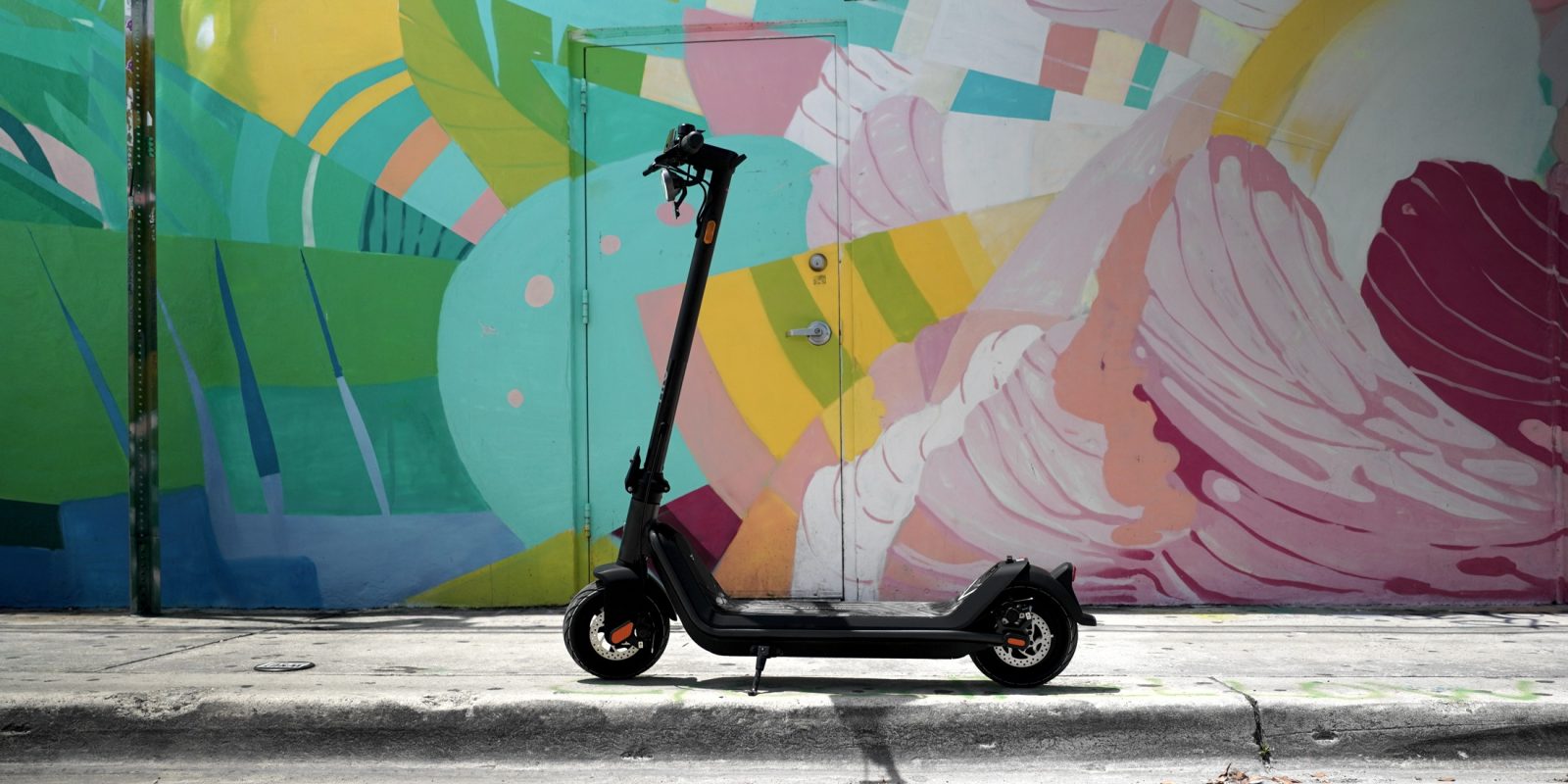 NIU is famous for its smart electric scooters – as in seated electric scooters. But the company recently made waves by announcing its entry into the electric kick scooter market with the NIU KQi3. Despite this being a totally new kind of electric scooter for NIU, they nailed it with their first model.

And yet somehow NIU came in and dropped an electric scooter for the same price, but with a much nicer user experience.

While there is definitely a number of similarities compared to other electric scooters from competitors, NIU applied their own magic sauce to the KQi3 and it shows.

The quality and feel of the scooter is a cut above the rest.

Check it out in my video review below, then read on for more on why NIU’s first electric scooter shows up the competition.

Compared to what we’ve seen so far, the NIU electric scooter is a big step up in many ways. But it also builds on a solid foundation that may look similar to other companies, at least to the naked eye.

Many parts are already very similar to the current crop of offerings. The folding mechanism looks almost identical to a recent GoTrax scooter I got for testing, the stem is pretty standard and the folded dimensions all pretty much fit in the same tee-ballpark.

But the differences are striking.

Compared to leaders like Xiaomi and Ninebot, NIU’s scooter is faster. The KQi3 Sport matches their speeds at about 18 mph (30 km/h), but the KQi3 Pro model that I tested goes even faster at 20 mph (32 km/h).

It’s also more comfortable to ride. The bars are wider, the deck is wider, even the tubeless pneumatic tires are wider. That translates into a more comfortable ride because there’s more real estate at each point you touch the scooter and each point the scooter touches the ground. They also angled the stem farther back to give the scooter a more stable track. Rake angle is something that seated scooter and motorcycle designers consider critical, but most standing scooter companies either don’t know about or don’t care. In NIU’s case, they applied proper two-wheeler geometry from larger vehicles to their kick scooter and it makes a big difference in stability.

And the scooter is also more powerful than the competition thanks to a 48V electrical system compared to the 36V system that everyone else is running.

And to top it off, NIU integrated the KQi3 into their app to allow you to check your scooter status, make modifications to its performance and even electronically lock it. Ride tracking lets you view your past rides and see how much you’re using the scooter each day or week.

The NIU electric kick scooter is so much smarter than the typical kick scooter that they don’t even belong in the same category.

And yet somehow they fall in the same price range.

The Sport and Pro models carry MSRPs of $599 and $699 – which are already more than fair – but there’s even better pricing right now during the pre-order period.

Promotional prices for the two scooters drop to $469 and $529, which is frankly a steal at these specs and with this build quality.

You do have to place your pre-order via Indiegogo, which can feel like a bit of an ask for some people. But NIU is one of the largest electric scooter companies in the world, so this isn’t some Indiegogo startup. I backed their last Indiegogo campaign for the NGT scooter and it’s now my daily driver. So I have no qualms at all about jumping on NIU’s pre-orders.