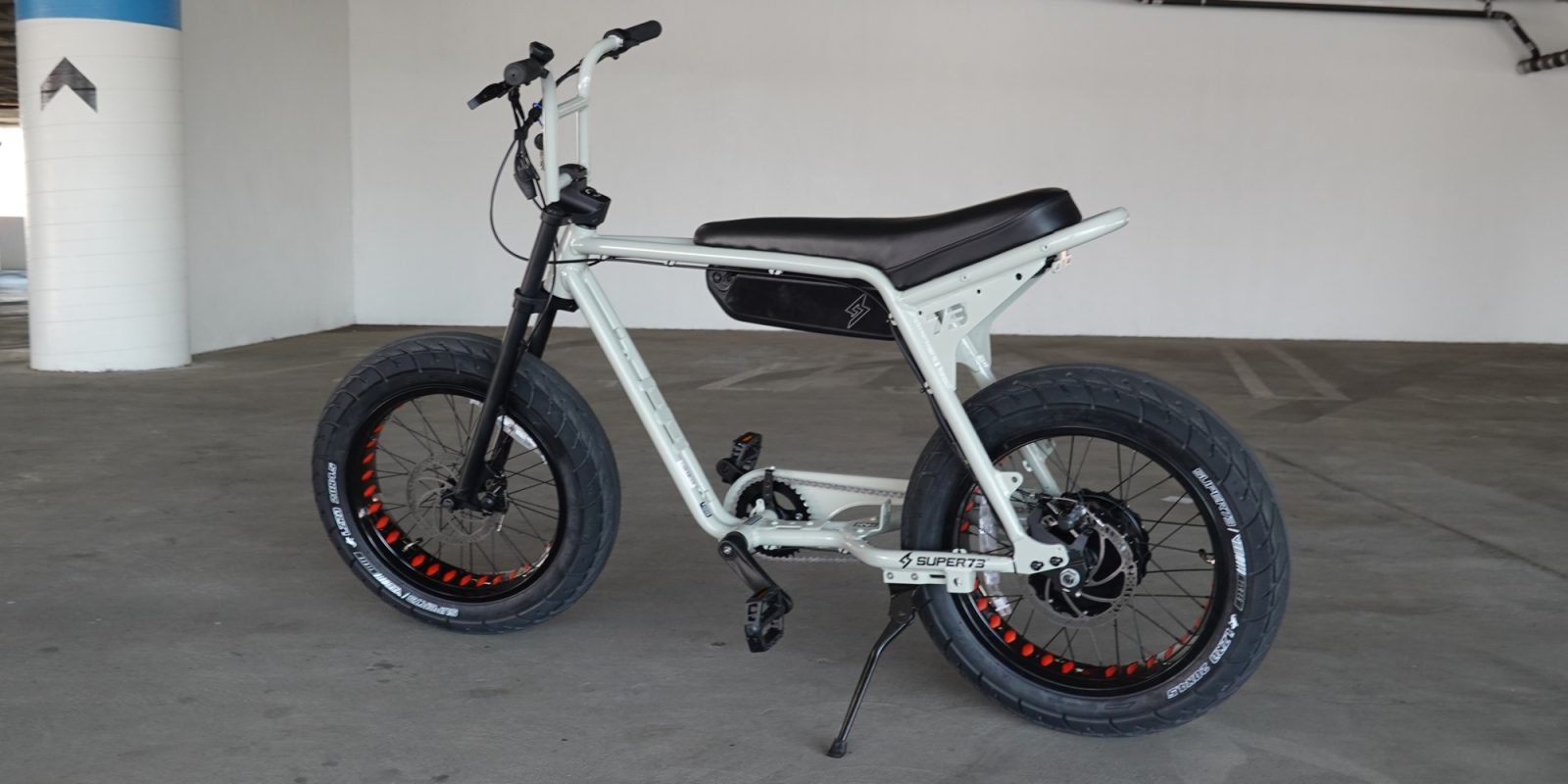 Super73’s reputation precedes itself, with the company known as much for its SoCal lifestyle image as its hot-selling electric moped-style bikes.

I’ve ridden my fair share of Super73 e-bikes and I enjoyed every one of them so far. And so when the company offered me the chance to test out their newest model, the Super73-ZX, I was there in a flash.

The company invited me out to a press event at the Petersen automotive museum in Los Angeles to experience the new format for Super73’s popular entry-level Z-series.

I’ve tested almost all of Super73’s models over the years, and recently returned from a two-week trip in Germany where I was able to check out some of the most aggressive models in the company’s lineup.

But in addition to the crazy-powerful, full-suspension, and giant-battery versions they offer, they also have more mild models starting at much more reasonable prices.

I tested the company’s most affordable model, the Super73-Z1, almost two years ago. While it was mostly great, my biggest gripe was that the hard seat that wasn’t as comfortable as the plush ones on Super73’s other rides.

Much to my delight, the Super73-ZX greeted me with a brand-new seat design that was much more comfortable. It still keeps the same shape and design that I liked (mostly because it just looks so awesome), but it added in some much-needed quality foam. You can see the new seat and so much more in my test ride video below.

But that wasn’t the only change. Just under the seat I found a larger battery that was actually removable. This was another big improvement over the Z1, since the battery could both go farther and actually come off the bike for easier charging.

As someone who lives in an apartment and can’t just pull my bike into a garage to charge, removable batteries are a must. So I’m glad to see Super73 got with the program and brought the removable battery to their only model without one.

The extra range from the 615 Wh battery means the fun riding can go on even longer. And since the bike is definitely a throttle-optimized bike, a big battery is even more important.

There’s pedal assist as well as throttle control, but Super73 e-bikes have always been throttle-first affairs. After riding a pedal-assist-only Super73 in Germany (where EU laws don’t allow throttles), I was actually surprised at how pedal-friendly it turned out to be. When I returned to the US and they put a throttle back in my hand, I was certainly glad to have it.

If you really enjoy pedaling, though, you’ll be happy to know that Super73 offers an optional 10-speed transmission. But for me, that throttle is too much fun and I don’t often find myself pedaling on these moped-style e-bikes.

When it comes to suspension, that’s another optional upgrade. Super73 can add a suspension fork to the ZX for more cash, but to be honest, I don’t think you’ll need it.

I tested the standard version without suspension, and I found the giant 4-inch fat tires to be all the shock absorption I need.

My wife joined me for the test ride, and she found the bike to be plenty comfortable as is. She’ll never read this so I can come right out and say it: She’s a bit particular when it comes to bicycle comfort and is hard to please in the e-bike department. Unlike me, a happy idiot that’s just glad to be riding, she is much more discerning. So the fact that she found the bike so comfortable says a lot.

As she described it, it was a combination of a comfortable ride and smooth power. She’s not normally a speed freak, but she was definitely having fun with the 1,300W of peak power in the Super73-ZX. Hitting speeds of up to 28 mph on a bike like this will bring a smile to anyone’s face.

Technically the bike is listed as 750W nominal, which keeps it street legal in its first three models as either a Class 2 or Class 3 e-bike. It can reach speeds of up to 20 mph (32 km/h) on throttle and 28 mph (45 km/h) when you add in pedaling. Or you can put it in mode 4 and just enjoy ripping on the throttle up to its 28 mph max speed, no pedaling required.

It’s hard to really ding the Super73-ZX anywhere. It’s fast, it’s powerful, it’s comfortable, it’s fun. What’s not to like? And now that the ergonomics have gotten a big upgrade, it’s easier than ever to ride.

At its current price of $1,995, I might have liked to have seen some hydraulic disc brakes, but the mechanical brakes still worked great. My wife’s small hands seemed fine on them. So while I generally like to see juice brakes at this price point, the Super73-ZX seems to get along just fine with the mechanical Tektro brakes.

And at 62 lb (28.4 kg), it’s not even that heavy, either (at least by e-bike standards). The aluminum frame helps keep the weight down and the minimalist design means you aren’t lugging around a bunch of extra metal with you.

It’s still not going to be as light as a cute little folding bike if you ever need to lug it onto a subway, but it’s not really that kind of bike, either.

This is for anyone who wants an old school moped experience on an e-bike platform. A wind-in-your-hair, cruising the open road on your classic moped vibe without having to mix up some two-stroke gas or kick-start your bike. It’s old school meets new school, combining the classic charm that Super73 has nailed and the modern e-bike tech that brings all this power and range at affordable prices.

In fact, I’d say it’s exactly the kind of urban electric ride that Harley-Davidson wishes it could deliver, but that today’s generation is flocking to Super73 for. And I can see why.