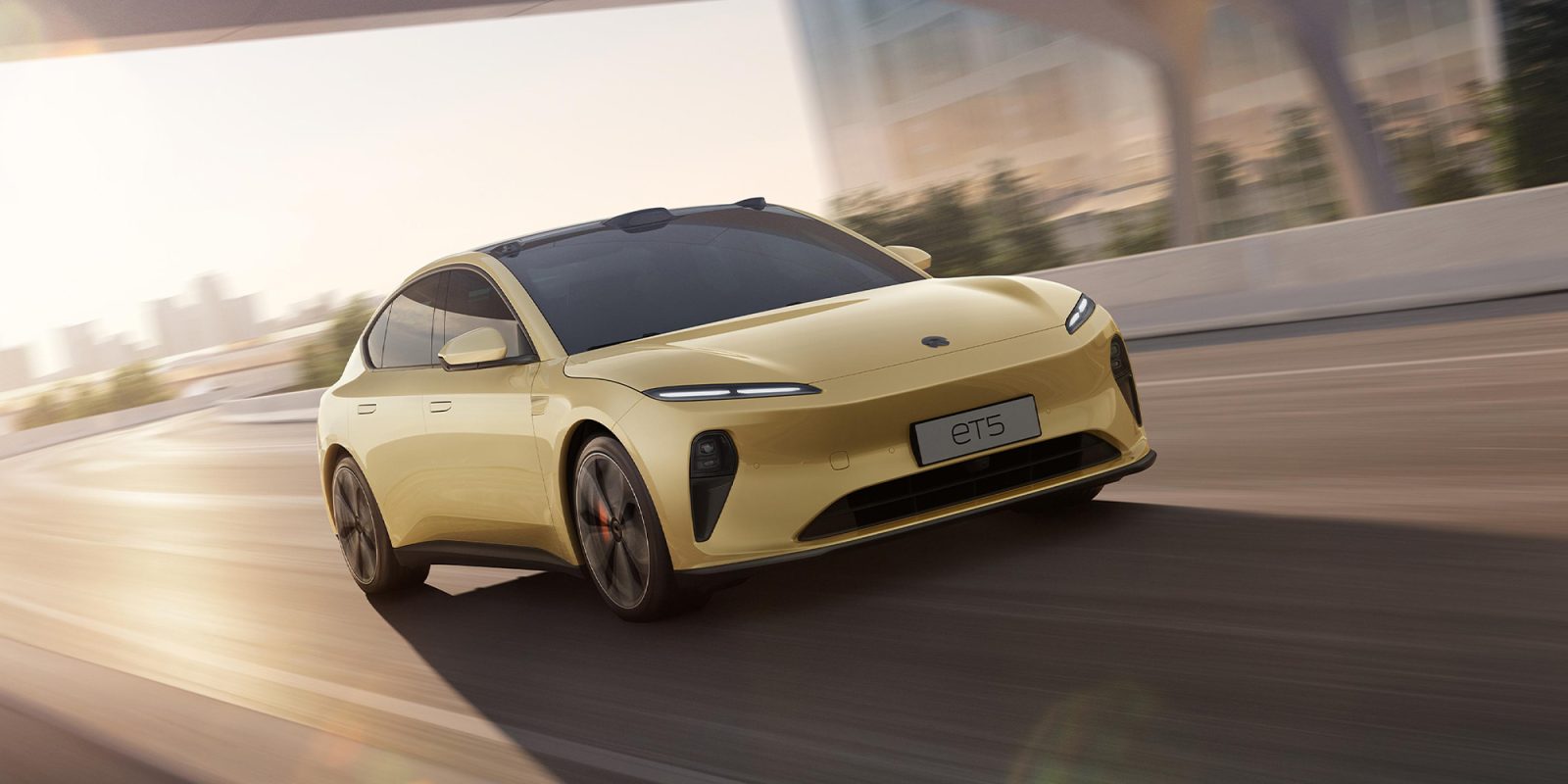 During its annual NIO Day event held in Suzhou, China this year, NIO has unveiled its new smart, mid-sized sedan, the ET5. With over 1,000 km CLTC range and pricing below $41,000 with the battery swap version, it could be a serious Tesla competitor in China. Additionally, we got updates on the deliveries and new features on the ET7, and NIO’s plans for global expansion

NIO Day is an event held each year that is usually the opportunity the Chinese automaker takes to showcase new EV models. NIO Day 2020 was actually held in January of 2021, but it was then the company unveiled its flagship sedan, the ET7. At the time, NIO reported this new EV would be the first of three EVs to debut on its NIO Technology Platform 2.0 in 2022.

This past October, NIO confirmed this year’s event would be taking place on December 18 at the Olympic Sports Center in Suzhou, west of Shanghai. Speculation immediately began as to what the automaker might reveal this year, particularly a less-expensive sedan rumored to be the ET5.

We originally reported rumors that NIO would be unveiling not one but two new EVS, as well as a new sub-brand for the mass EV market.

However, last week, NIO began teasing at least one new vehicle whose back end closely resembled its ET7, leading us to surmise that the next unveiling on NIO Day 2021 would in fact be the ET5.

Well, NIO Day has come and gone in China, and as anticipated, the ET5 has officially been revealed.

NIO shared more details of the ET5 through a press release coinciding with the reveal from Suzhou. According to the automaker, the ET5 was designed with autonomous driving in mind, starting with its silhouette based on the ET7 while integrating autonomous driving sensors into its body lines. The haunches were specifically designed to resemble NIO’s EP9 hypercar and add a muscular feel.

The ET5 will come with NIO Autonomous Driving (NAD), NIO Aquila Super Sensing, and NIO Adam Super Computing, allowing the new EV to gradually achieve safe autonomous driving in scenarios such as highways, urban areas, parking, and battery swaps. NIO stated its autonomous features will roll out gradually after validation and can be added as an RMB 680 (~$107) monthly subscription.

Now for the performance specs. NIO shared that the ET5 can accelerate from 0 to 100 km/h (0-62 mph) in 4.3 seconds. Its high-performance four-piston fixed calipers developed specifically by NIO offer a braking distance from 100 km/h to a complete stop in 33.9 meters (~111 ft).

The interior of the ET5 will come with PanoCinema, a panoramic digital cockpit featuring AR and VR tech. NIO partnered with an AR device company called NREAL to jointly develop AR glasses exclusive to NIO, which can project a 201-inch screen at six meters for drivers. You’ll also notice an all-new 256-color curtain of ambient lighting and a Dolby Atmos 7.1.4 surround sound system.

Following the ET5 debut at NIO Day 2021, the automaker also revealed a start date of January 20, 2022, for order confirmations of the ET7. Deliveries are set to begin on March 28, 2022. 20 new features and specs have been added or enhanced on the ET7, including the 0-100 km/h acceleration improved to 3.8 seconds or less, plus a drag coefficient optimized to 0.208.

As we’ve previously reported, the ET7 will also enter the European market beginning with Norway and Germany, but NIO has now shared plans for further expansion overseas. The Netherlands, Sweden, and Denmark will also see NIO EVs in 2022, and by 2025, NIO plans expand to over 25 countries and regions worldwide.

While we didn’t see a third EV announced for the new NIO platform or a new affordable EV sub-brand, there is a lot to digest and be excited about for this automaker in 2022. More as it comes.