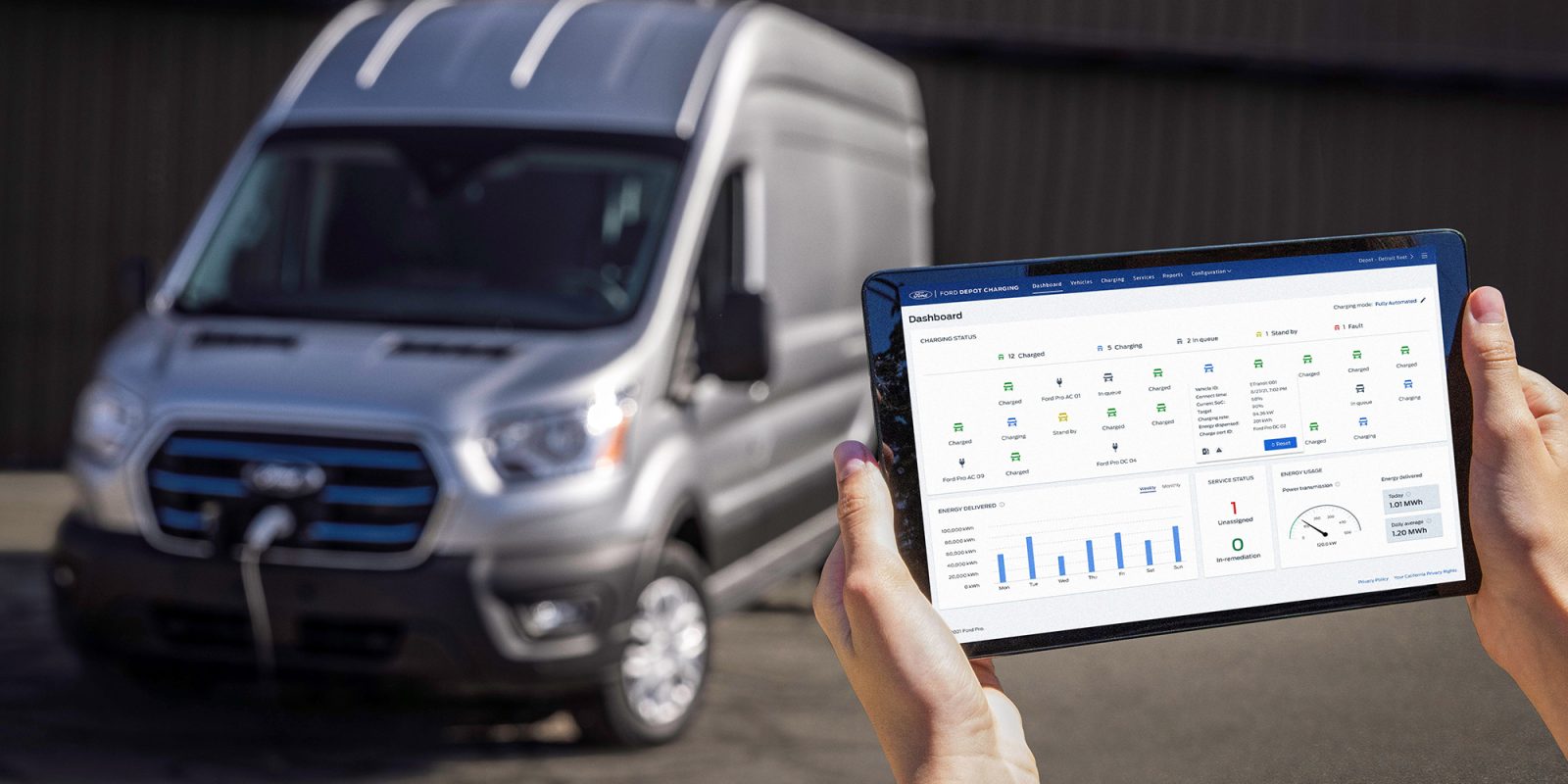 Ford Motor Company remains a global household name in automotives, despite an industry shift toward zero-emission vehicles. It took some time to get the EV wheel rolling, but Ford has quickly adapted to the carbon conscious times, announcing 16 BEVs back in 2018.

This electrified revolution really gained momentum with the reborn Mustang as the all-electric Mach-E, which has quickly become a hot seller worldwide. Thanks to the Mach-E, Ford could very well sell more EVs in 2021 than American competitor GM.

Furthermore, it will be joined by the highly anticipated Ford F-150 Lightning, which already has over 200,000 reservations, or over three years of backlog by our count. When we spoke to the Ford team at the LA Auto Show, they confirmed that these reservations do not include commercial fleet customers – a huge segment of additional sales as the F-Series remains the best-selling pickup in the US since 1981.

Ford’s E-Transit van remains popular for last-mile delivery fleets and has already seen its own electrified version debut as well.

That’s why it should come as no surprise that Ford is preparing for mass EV adoption in the commercial fleet market, and has adapted some of its charging technology to help accelerate and ease the transition for customers. Introducing, Ford Pro Charging.

The American automaker announced the launch of this new management solution from Michigan this morning, along with details of what the holistic system will encompass for future customers.

Fleets of all sizes will soon have access to Ford Pro Charging’s infrastructure assistance, including helping integrate charging hardware into fleet depots alongside charge management software.

The open platform charging hardware supports Ford and other EVs alike, can be remotely activated, and will monitor vehicle charge levels to determine readiness before departing. For employees taking their work EVs home each night, Ford Pro E-Telematics tracks the total energy delivered to each vehicle from a given driver’s home, to allow for easier reimbursement.

The service also allows for access to Ford’s Blue Oval charging network, including Charge Assist to help locate the closest public charger and Plug and Charge where applicable. Muffi Ghadiali, head of Ford Pro Charging, spoke to the advantages of using one holisitic charging management system:

Our current fleet of connected vehicles allow us to learn from existing fleet behaviors so we can build the right infrastructure and the right charge management software. Let’s say the customer fleet returns around 10 p.m. planning to go back out starting at 5 a.m. You have a limited window for charging and have to make charging decisions in a highly dynamic environment. Does every vehicle need to be fully charged? Can we balance charge power against the available charging window to take advantage of low overnight energy rates? Ford Pro Charging accounts for a multitude of variables and controls each charge station precisely to optimize energy costs and ensure vehicle uptime.

Ghadiali’s words are a prime example of how important software technology is to successful fleet management, and Ford Pro Charging is claiming to have it. It begins with data collected from Ford commercial vehicles currently connected to the system, to predict and manage the needs of future electrified fleets.

Fleet operators will soon be able to monitor and manage their entire fleet’s charging operations with a single account and dashboard that considers a multitude of factors to maximize efficiency and minimize costs. This includes fleet schedules, depot capacity, vehicle telematics, energy rates, and times, not to mention preconditioning batteries before the EV heads out for duty.

All-encompassing fleet management software and charging hardware solutions is not a new concept. There are plenty of other companies we have covered that are doing it.

However, none of those companies are even close to as massive or as well known as Ford, nor do they manufacture their own lines (emphasis on the “s”) of electric vehicles.

Ford already exists as a manufacturer of passenger and commercial vehicles, and is now transitioning both worlds toward the all-electric future. To support this, it has developed a relatively robust charging network, and has invested heavily in technologies to not only put more EVs on roads, but put quality EVs on roads.

Naturally, a system like Ford Pro Charging makes sense for the company behind the E-Transit and the F-150 Lightning. The average consumer may be super fired up about this new business (you’re probably more interested in whether you’re going to get your new Lightning before 2024). Nevertheless, any fleet managers reading this are probably going to want to learn more.

No matter who you are, it’s hard to argue the benefits of such a business, as long as the service and software quality is up to snuff. Feels like it has the potential to be another big win for Ford.