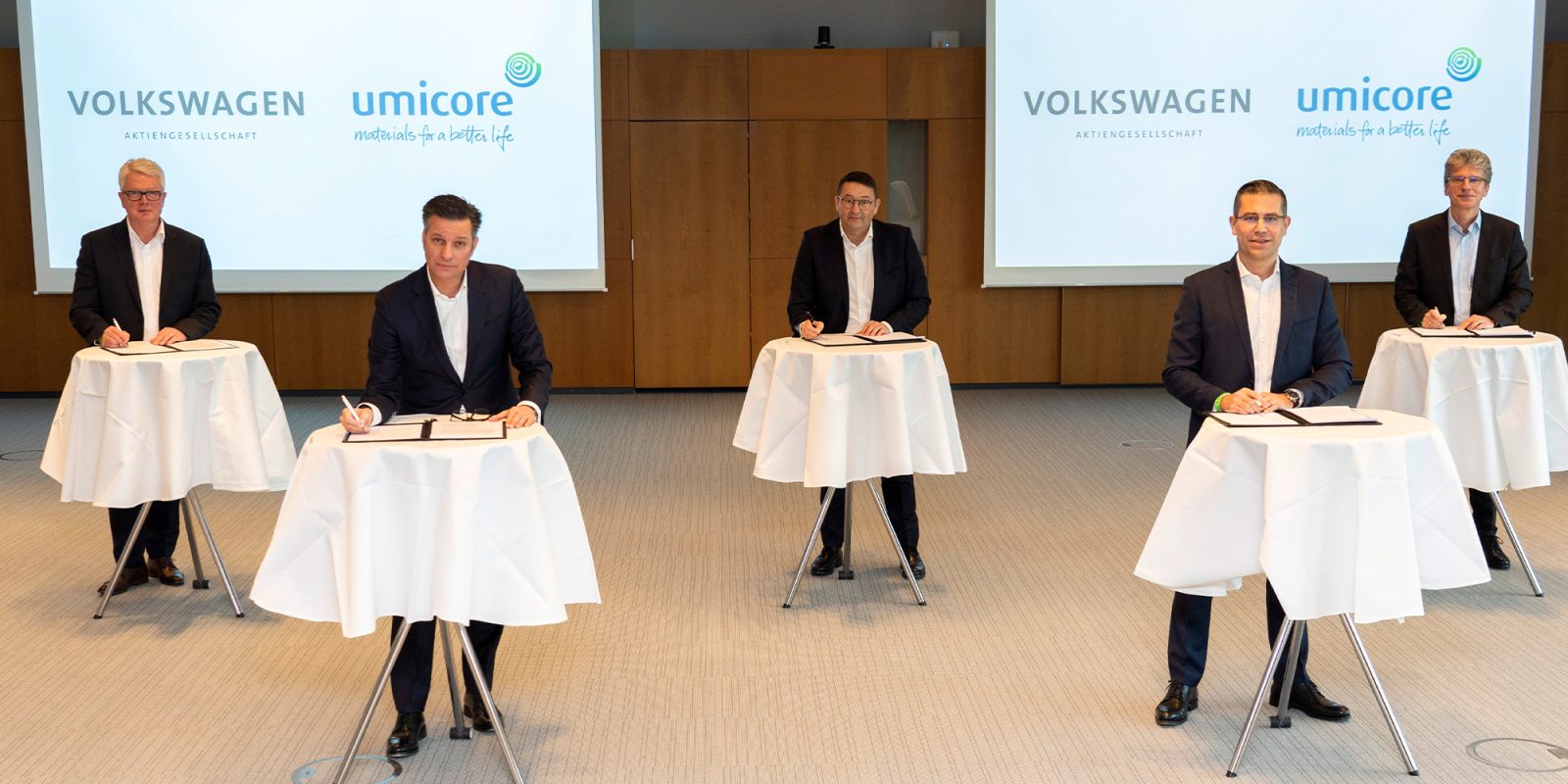 The Volkswagen Group still sits as a major player in the global automotive landscape. The German automaker has had its fair share of controversies over the past couple of decades but has truly gone all-in on pushing EV adoption.

This really took off with VW’s launch of its ID family of EVs, which have seen impressive sales in multiple global markets the past year or so. Despite its poor execution of April Fool’s jokes, Volkswagen’s transition to electrification has helped it corner a larger piece of the overall market behind the likes of Tesla.

Furthermore, the IDs have been joined by EVs from other big names under the VW umbrella such as Audi, Porsche, and ŠKODA, among others.

During the company’s Power Day presentation this past March, Volkswagen outlined its roadmap for developing and producing its own EV battery cell. This includes plans for six 40 GWh battery factories in the EU by 2030.

Volkswagen now looks to follow through with these EV battery goals, with the help of some new strategic partnerships.

According to the press release from Volkswagen, its EV battery development strategy now includes three new but separate business agreements.

The first is a joint venture with Umicore, a Belgium-based cathode materials provider. Umicore will assist VW in its supply chain as it pertains to EV battery cell production in Europe. This will begin in 2025 with an initial production capacity of 20 GWh at Volkswagen’s gigafactory in Salzgitter, Germany.

Eventually, the joint venture is aiming for an annual production capacity of 160 GWh by 2030. According to Volkswagen, that battery capacity translates to about 2.2 million BEVs.

In addition to the joint venture, Volkswagen has also invested in 24M Technologies – a US-based battery startup spun out of MIT that has redesigned the traditional battery cell using “SemiSolid” lithium-ion technology. Prospective benefits of these unique cells include 40% less production area, more efficient product recycling, and less CO2 during battery production.

Lastly, Volkswagen has signed a long-term agreement with Vulcan Energy Resources Ltd., a European Lithium producer looking to become the first to do so with net-zero greenhouse gas emissions. The binding contract entails Vulcan providing VW with lithium hydroxide over a period of five years beginning in 2026. Volkswagen has stated this product will help secure future demands for in-house EV battery cell production in Europe.

Volkswagen is implementing its battery strategy very consistently and at a high pace. Volkswagen’s unified cell must be at the forefront of performance, costs and sustainability right from the start. With our new partners, we are one step closer to reaching this goal. Together, we will focus on key parts of the battery value chain and develop cutting-edge technologies.