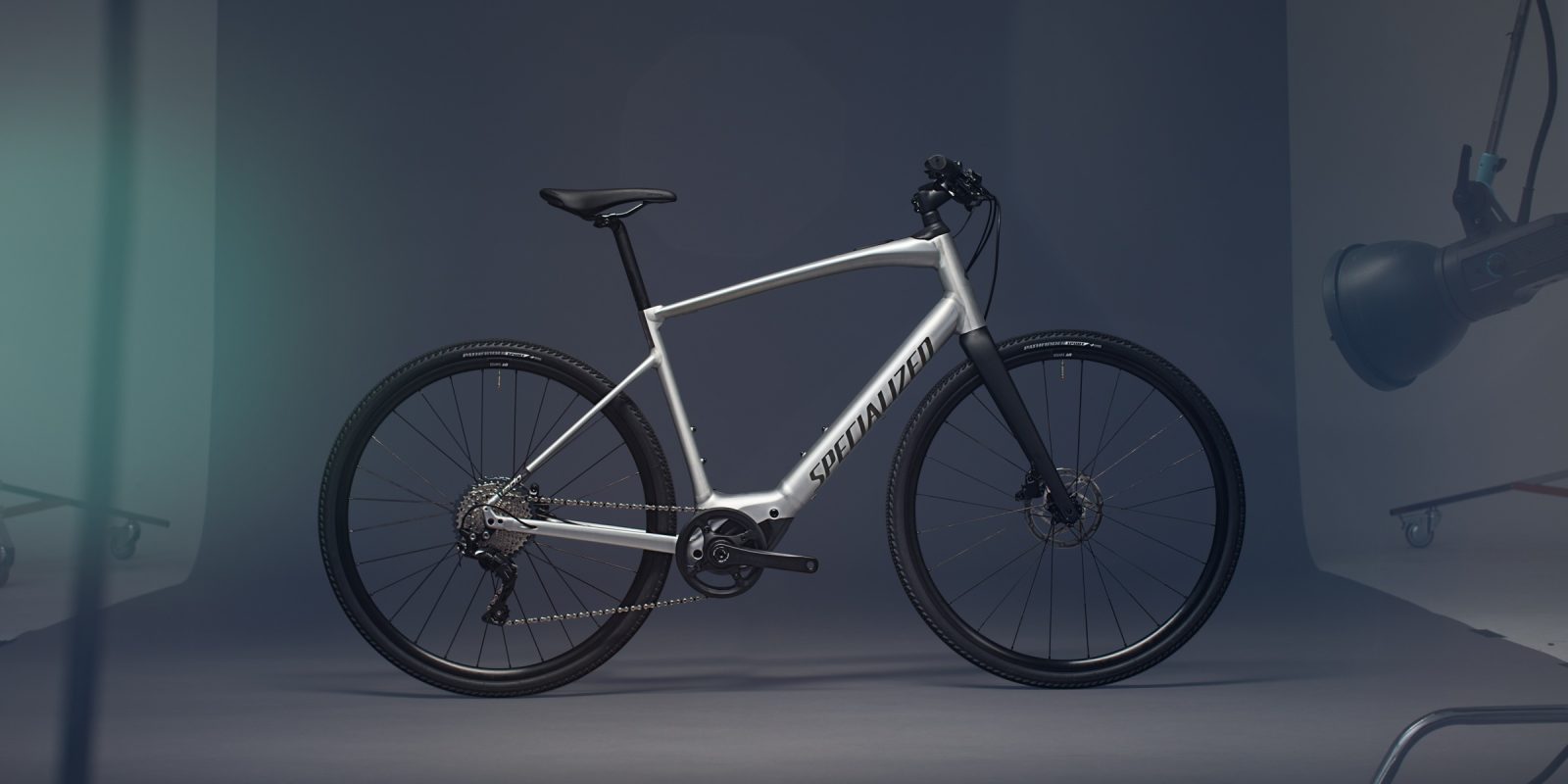 Specialized has just released the latest edition to its Turbo e-bike lineup, the Specialized Turbo Vado SL. With “SL” standing for Super Light, this is also one of the lightest e-bikes in Specialized’s lineup, weighing in at as little as 33 lb (14.9 kg).

And while some of Specialized’s lightweight e-bikes have carried heavy price tags, the new Specialized Turbo Vado SL is surprisingly light on the wallet, too.

Last week I had the opportunity to walk through the bike’s features with the Specialized team. I learned a bit more about how the company is positioning the Turbo Vado SL, and how it’s just the tip of the iceberg with what’s to come from the Specialized Turbo e-bike team.

The new Turbo Vado SL is at its core a match-up between local transportation and fitness. It represents a shift, a pivot that bends the rules of what the cycling industry has been willing to take on. 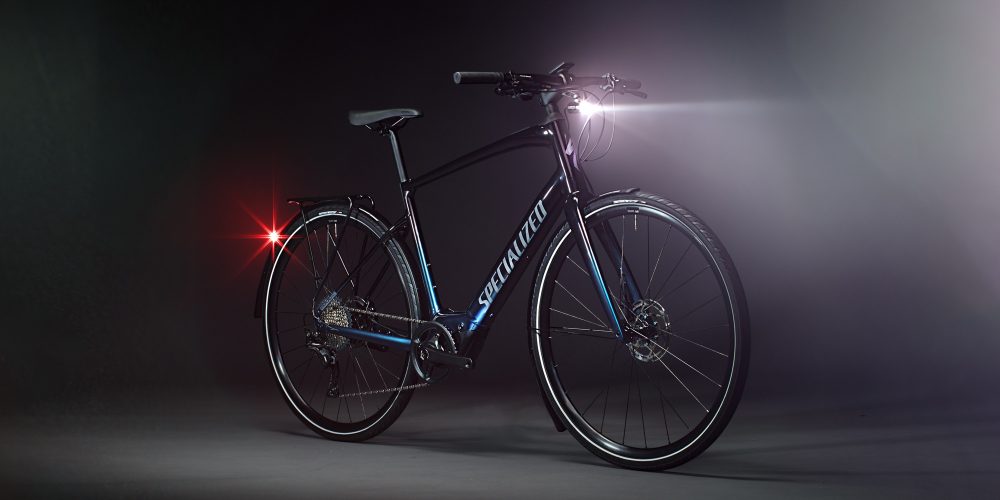 The Turbo Vado SL may look like a fitness bike, but it’s also packing features that speak to its local transportation role, from the flat bars to rack and fender options and integrated lighting. There’s room for up to 42 mm tires on 700C wheels, or 47 mm tires if you drop down to 650B wheels. Those are practically fat tires by road bike standards. And there’s even front suspension hidden in the headset, giving the rider 20 mm of forgiveness on rough commuter roads.

The Turbo Vado SL is a high-speed e-bike capable of 28 mph (45 km/h) of assisted speed, with a motor designed by Specialized to provide up to 240W of “continuous” power, more in peak usage.

The bike is built around an ultra-lightweight aluminum frame and magnesium motor mount. That SL1.1 motor, which we’ve seen before on bikes like the Turbo Creo SL and the Turbo Levo SL, was designed by Specialized and weighs just 1.1 kg (2.4 lb) — around half the weight of most mid-drive motors. 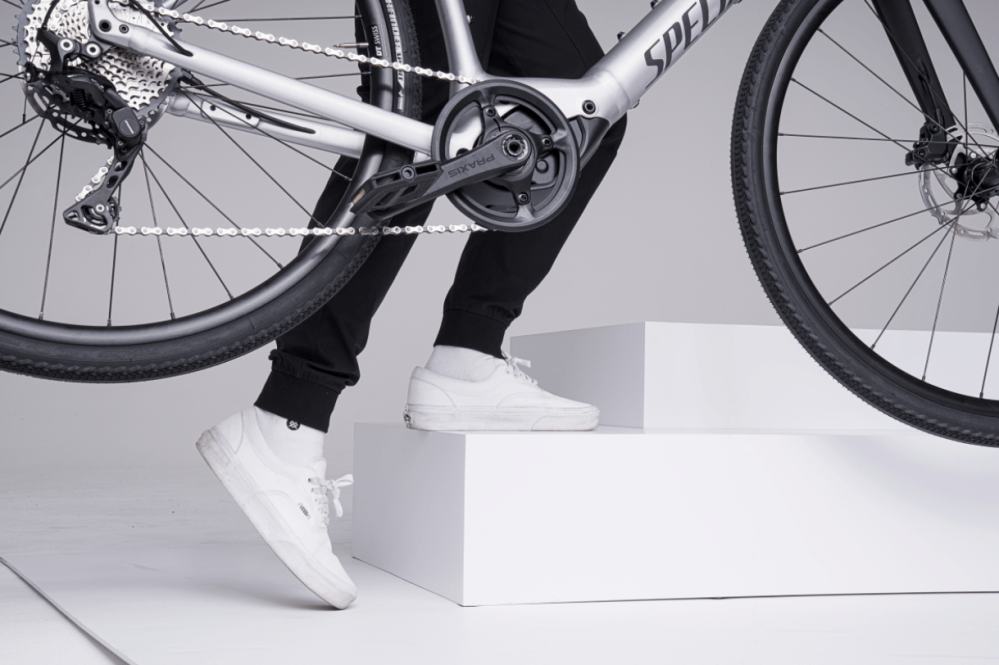 The motor is designed to provide up to 200% of the rider’s pedaling output, and specific emphasis was placed on programming the motor and controller to feel as natural as possible when it rolls on the power.

The idea is to maintain the rider as the central unit of the bike and to keep the assist as just that — an assist system that doesn’t detract from the ride experience that cycling enthusiasts find so critical.

An internal 320Wh battery is designed to provide up to 80 miles (128 km) of range, at least when used in Eco Mode.

Higher-power modes will reduce that range a bit, though Specialized also offers a range extender battery that fits in one of two water bottle holders and can add another 40 miles (64 km) of range, bringing the total max range up to 120 miles (193 km). 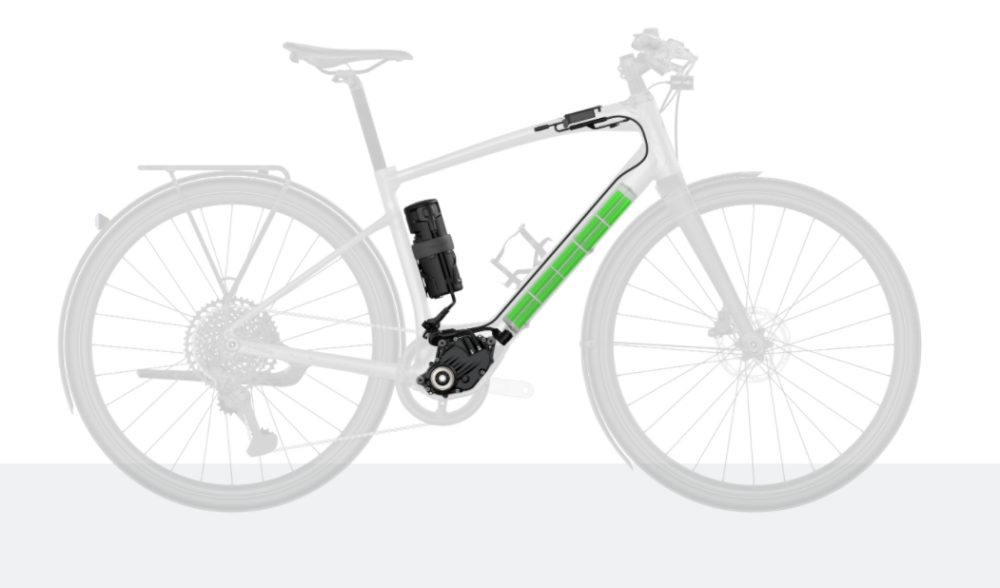 Specialized also offers a smartphone app known as Mission Control that allows riders to customize a wide range of controls and specs on their bike.

In addition to standard telemetrics that many e-bike apps offer, Mission Control gives users more fine-tuned control, such as adjusting the breakdown of power modes. For example, if Eco Mode isn’t quite eco enough for a rider, he or she can actually adjust the amount of power that each mode can provide, fine-tuning to the rider’s own preferences. 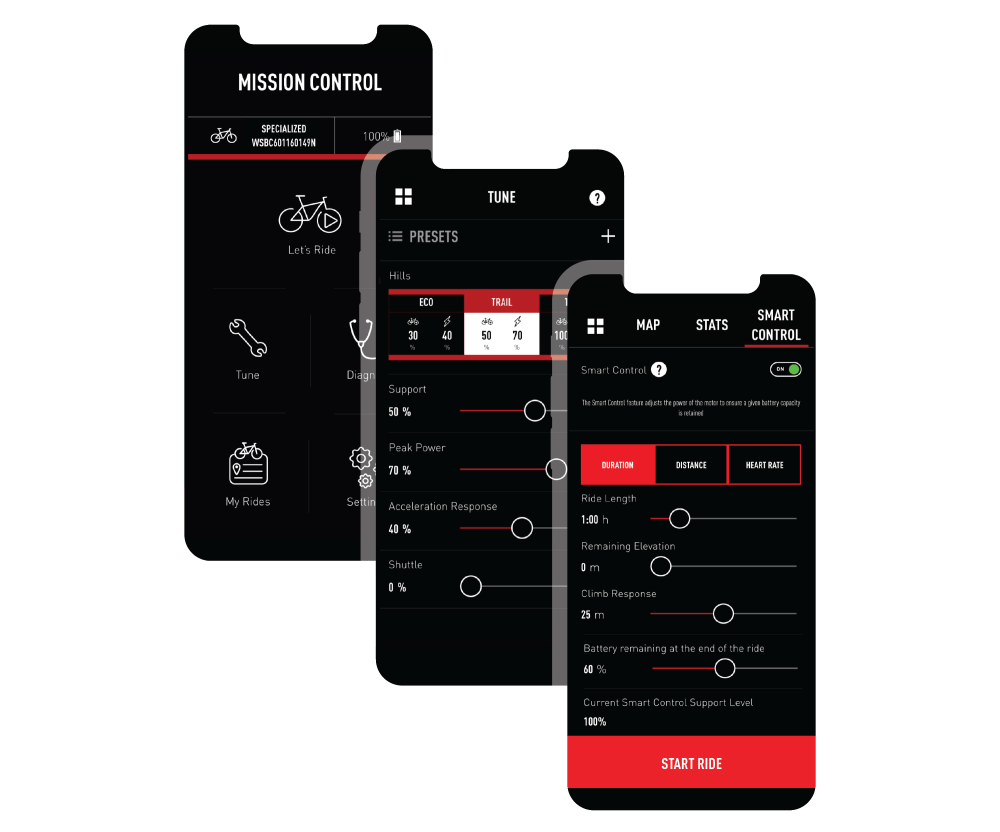 The Specialized Turbo Vado SL is available starting today from as low as $3,350. That’s pretty pricey if you compare it to budget e-bikes, but it’s downright affordable considering some other Specialized Turbo price tags we’ve seen. And considering that Specialized’s e-bikes are built to last for years of daily use, that’s a fair price, in my opinion.

I actually really like this one. A mixed fitness/transport bike would be great for so many city dwellers that want to downsize their footprint without limiting their options.

It’s a widely known fact that e-bikes are one of the best ways to get around cities. But if you can add some decent exercise into that equation as well (and perhaps save on the gym membership), then they become even sweeter options.

Now, I’m sure there are some people that are going to question that 80-mile range figure, considering the Turbo Vado SL’s 320Wh internal battery, which isn’t winning any biggest battery awards compared to the rest of the industry. But with efficient pedal assist, that number is entirely doable. I recently did a 30-mile ride on a pedal-assist bike with a tiny 180 Wh battery and only used half the battery. At that rate, I should be able to achieve that 80-mile range on a 320Wh battery Specialized is claiming, and I’m not even a strong cyclist.

The last thing I like about this bike is the price. At $3,350, the Turbo Vado SL actually starts near the lower end of Specialized’s price range — a range that notoriously shoots up pretty high when you get into their ultra-premium e-bikes. But this price also brings a high-end and lightweight multi-use electric bike into the range of enthusiast and hobbyist riders — not just hardcore athletes.

And that sounds alright to me. But what do you think? Let’s hear your thoughts in the comment section below!