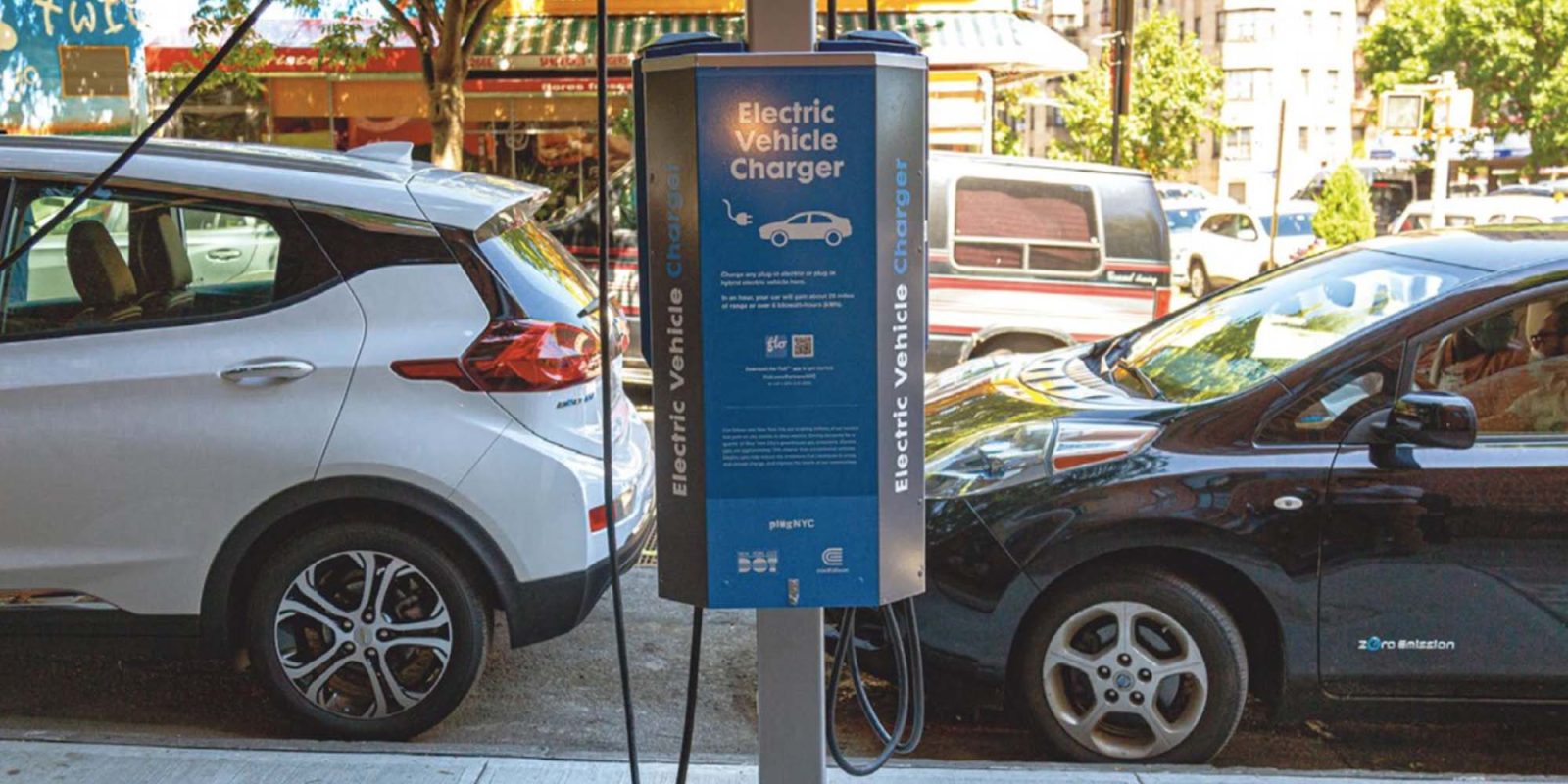 The New York City Department of Transportation (NYC DOT) recently shared extensive plans to support the influx of EVs in the area by deploying four DC fast chargers as part of its city-operated fast-charging network. With nearly 50,000 chargers planned by 2030 as part of an ambitious plan, NYC’s government looks to build one of the largest municipal charging networks in the country.

September 9 update: Governor Kathy Hochul (D-NY) has signed new legislation to support the state’s efforts outlined below. The legislation sets a new goal for all new passenger cars and trucks sold in New York State to be zero emissions by 2035.

NYC is a town that needs no introduction. With the largest population in the US, New York City’s 8.5 million residents are switching to electric vehicles quickly — those who actually drive, at least.

To support this shift toward zero-emission transportation, the NYC DOT and the New York Power Authority (NYPA) have shared ambitious plans to support EV drivers with charging solutions throughout the city.

The municipal organizations took a step this past June when they unveiled a curbside Level 2 charging pilot project in the city.

Following a recent announcement from the NYPA, the group’s efforts alongside charging network EVconnect look to expand DC fast charging options for EV drivers in NYC.

In a recent release from the NYPA alongside the NYC DOT and EVconnect, the group has successfully installed four of 28 planned DC fast charging plugs within city-owned municipal garages. The initial goal for this city-owned and operated charging network is 80 plugs by 2025.

This initial rollout of DC fast chargers exists as part of a much larger and holistic EV charging strategy for NYC, also recently shared. The ambitious program is outlined in Electrifying New York: An Electric Vehicle Vision Plan for New York City.

The recently shared plan outlines ambitious, city-wide climate goals for the next decade, citing that NYC will need 400,000 drivers to switch to EVs by 2030 and will work to provide the charging infrastructure to support them.

The plan also shares strategies to leverage government resources to garner private investment, with an end game of implementing 40,000 public Level 2 chargers and 6,000 DC fast chargers throughout NYC by 2030. The program consists of eight initiatives:

The release states that there are 117 fast chargers across the city as of this summer. With four more in place in municipal garages today (3×50 kW, 1×150 kW) and dozens more on the way, NYC still has a long way to go to reach nearly 50,000 EV chargers by 2030.

It’s time to end the age of the internal combustion engine. Climate action means investing in pedestrian-friendly streets, interconnected protected bike lanes, reliable transit, and electrifying the vehicles on our roads. The Electrifying New York plan, including its ambitious vision for a new network of public EV chargers, will play a key role in reducing climate-changing greenhouse gases, lowering the risk of respiratory illnesses, reducing noise, and ending our reliance on fossil fuels. Thank you to the NYC Department of Transportation for their leadership and collaboration on this critical step.