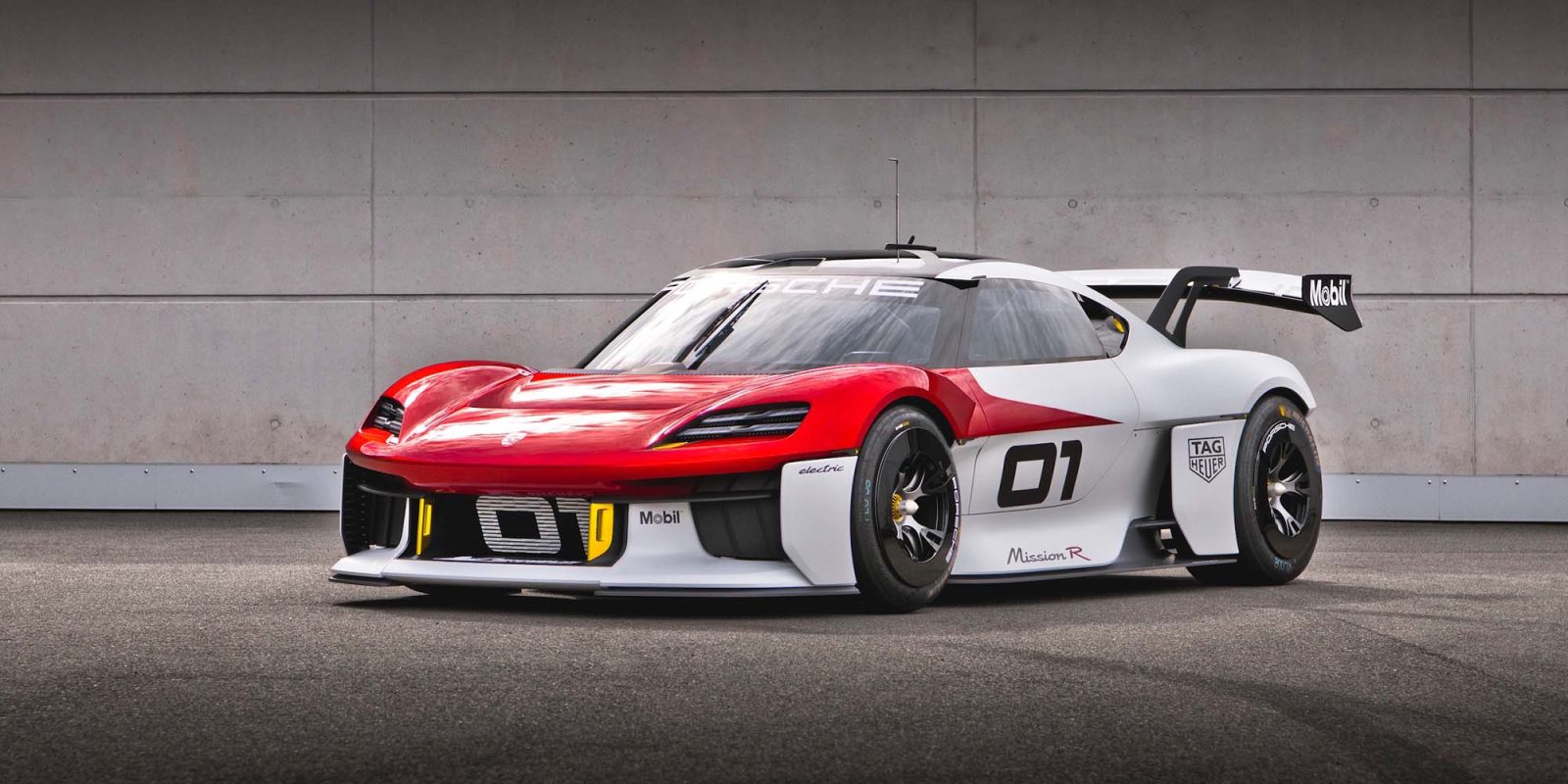 After teasing its debut at IAA Mobility Munich, Porsche has unveiled its Mission R concept, a study of an all-electric racing GT representing what the future of motorsports could look like. While Mission R remains a concept vehicle, Porsche said it is packed with hints at a future production model to be built with racing in mind.

Porsche is a German automaker with over ninety years of automotive experience, world-renowned for developing some of the fastest vehicles on the planet. It currently exists as a subsidiary of Volkswagen Group, which has made extended efforts to seek electrification throughout its global fleet of vehicle offerings.

After previously dabbling in hybrids and electric prototypes, Porsche joined the all-electric cause last year with the Taycan (fka the Mission E). The speedy luxury EV has seen tremendous sales numbers so far, topping 40,000 EVs this year alone.

Not to be outdone, Porsche has now shared details of the 2022 Taycan models, including a new hot pink exterior option.

Additionally, Porsche has pushed for greener production methods throughout its supply chain, imploring all of its 1,300 part suppliers to use renewable energy when manufacturing its components.

While Porsche continues to electrify passenger vehicles, it has not forgotten its decorated history in racing. While the German automaker shifts toward an all-electric future, it looks to bring its racing expertise along with it.

In a press release coinciding with its reveal during IAA Mobility 2021 in Munich, Porsche has unveiled its Mission R concept – an all-electric GT race car showcasing the potential of motorsports in the future.

The front bonnet slopes down between two sharply curved wings, synonymous with Porsche styling. Additionally, the four-point light emblem on the Mission R is based on the design of the headlights on Porsche’s Taycan.

Many of the Mission R’s parts are made of natural fiber reinforced plastic (NFRP) rather than traditional carbon fiber. The basis of the NFRP material is made from agriculturally produced flax fibers. Producing it creates 85% less CO2 than carbon fiber production.

While the Mission R remains a concept GT, Porsche has already hinted that some of the features showcased in Munich may soon be seen on a production model. Michael Mauer, Head of Style at Porsche, elaborated:

Every Porsche has to be clearly recognizable as a Porsche. Many elements that we envisage in studies find their way later into production cars. This also applies to motorsports. Moreover, our customer sports vehicles are always based on production sports cars. What this means in the case of the Mission R is that the car is packed to the gills with signs that hint of a future production model, and that, of course, means pure racing!

Porsche will continue to showcase the Mission R in Munich through September 12th as we will look for some of these GT features in future production model EVs from the automaker.