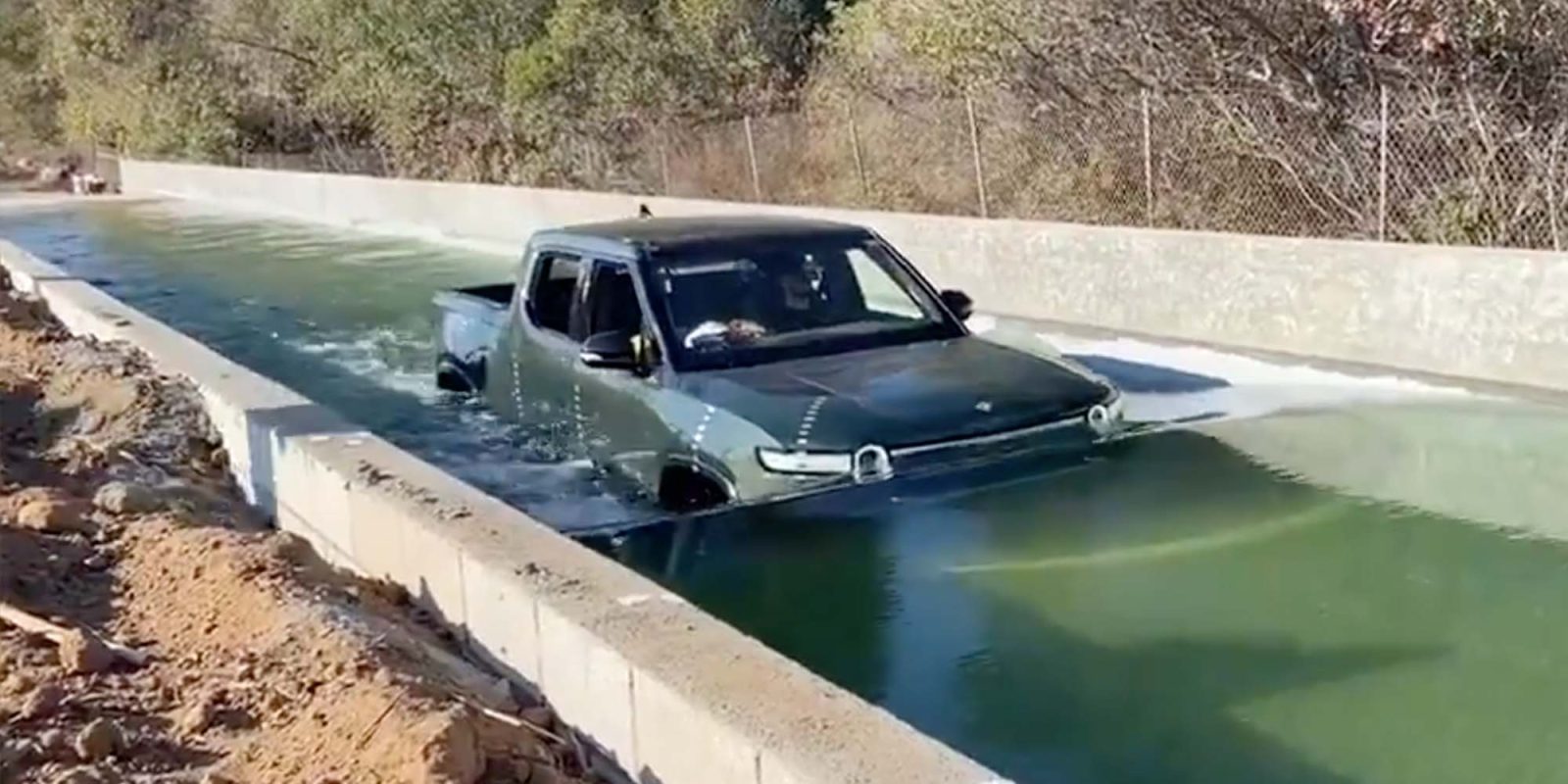 In a recent tweet from Rivian CEO RJ Scaringe, its upcoming flagship R1T pickup can be seen driving through a “lazy river”-like pool of water, submerged up near its hood. The company and its CEO continue to hype the EV as its initial Launch Edition sits on the precipice of deliveries in September.

Rivian is an EV startup backed by the likes of Amazon, for which it has already begun providing delivery vans. The company now sits mere months (or perhaps even days) away from delivering its first two EVs in the R1T pickup, and R1S SUV.

Last week, Rivian announced it had filed for an Initial Public Offering (IPO) valued at $80 billion. Raising capital has long been a strong quality for Rivian, previously garnering over $10 billion in investments from companies like Ford.

Now the company looks to deliver its first passenger EV, the R1T to customers this September, after previous delays. To keep the angsty reservation holders at bay, Rivian has been very deliberate about sharing updates on production progress, alongside glimpses of the EVs in action.

As the US automaker moves into September and its inevitable first deliveries, Rivian’s CEO continues to share footage of the R1T dominating Earth’s elements like they’re nothing.

Watch the Rivian R1T drive through deep water with no issues

Scaringe’s tweet is seemingly at the automaker’s Normal, Illinois, testing facility located near its lone manufacturing facility (for now).

It’s hard to tell the exact depth of the water, but it sits right about at the R1T’s headlights at its highest level.

According to the specs on Rivian’s website, the R1T is over 6 feet tall, so it is wading through at least 3 feet of water, if not more. You can view the Rivian R1T water footage below:

The Launch Edition trim of the Rivian R1T is scheduled to begin deliveries sometime in September followed by the Launch Edition R1S this fall. All reservations for these EVs have long been filled.

Two additional trims of each EV (Adventure and Explore packages) are scheduled to arrive in early 2022.