Mercedes will withdraw from Formula E at end of 2022 season 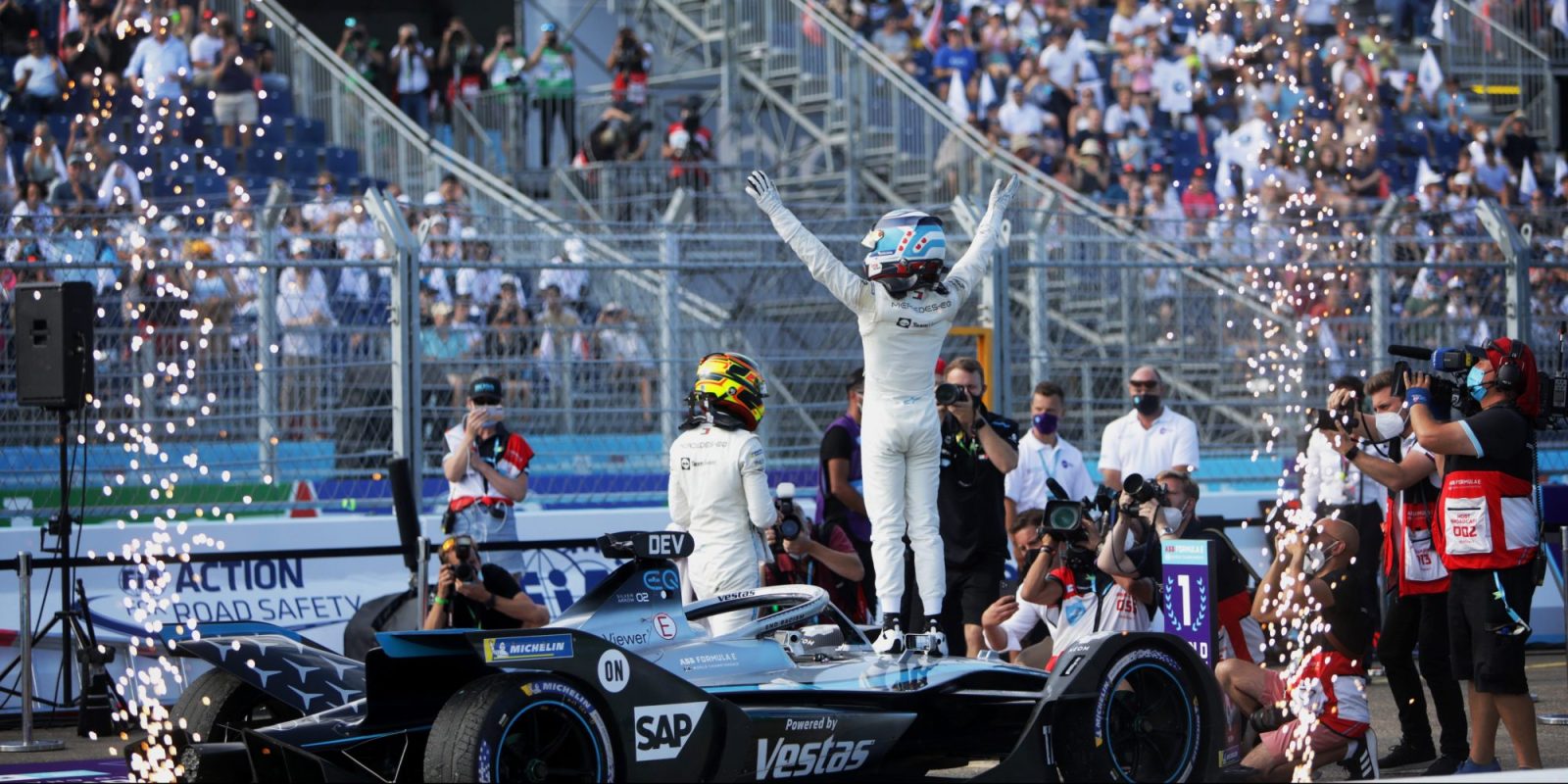 Mercedes has announced that they will pull out of Formula E at the end of next season, the 2021-2022 race season.

The announcement comes just after the conclusion of this year’s Formula E season, which saw Mercedes win both the Teams’ and Drivers’ championship (via Nyck de Vries) last weekend.

Mercedes first started its Formula E involvement in season 5 by partnering with HWA Racelab. That season, HWA got ninth place in the championship. Mercedes became an official title sponsor of the team in season 6, in which they placed third. Then, this season, they won it all.

But in the run-up to the end of the season, Mercedes had been coy about their future plans. Rumors were spreading this weekend that a pull-out from the series was imminent. Those rumors were confirmed today.

Mercedes says that the move will allow them to “reallocate resources” from Formula E to the development of three electric-only vehicle platforms that will launch in 2025. This will fit with their vision to become an all-electric brand by the end of the decade – “where market conditions allow.” Daimler, Mercedes’ parent company, stopped developing internal combustion engines in 2019.

This withdrawal comes alongside the exit of a couple other large teams: Audi and BMW. Both had their last race this weekend, and won’t be continuing in the series next year. Mercedes is holding on for another season, but will leave at the end of next season, before the “Gen 3” cars come out.

While three team exits within two years seems quite jarring, Formula E still has significant manufacturer support. Jaguar, Porsche, Mahindra, DS (Citroen), Nissan, and NIO have all committed to the Gen 3 era, which lasts until 2026. Formula E says that they still have the support of more manufacturers than any other racing series in the world.

The new “Gen 3” chassis debuting in season 9 will bring big changes to Formula E. The car has not been finalized yet, but plans are to increase available power to 300kW in race mode and 350kW in qualifying mode. The original Gen 1 cars were raced at 150kW and Gen 2 cars race at 200kW, so this will be a big jump in performance. There will also be a significant weight reduction, which will make the cars quicker and more nimble.

Formula E also wants Gen 3 cars to be capable of fast-charging at 600kW. The plan is to allow short mid-race pit stops of around 30 seconds. The FIA is looking at similar charging tech for an all-electric GT racing series.

This may not be the end for the Mercedes team entirely, though. Often, team personnel and facilities will continue racing in a series, they’ll just go through a change in ownership (for example, the Andretti team will continue racing without BMW sponsorship). Mercedes is currently looking for a possible future owner who can take over the team in the Gen 3 era.

Despite Mercedes’ given reasoning – that they want to reallocate resources to road EV development – the company still supports its Formula One team, which runs on a V6 hybrid engine. Formula One is tremendously more expensive than Formula E, so that’s one place they could find significant resources if they’re looking.

In this sense, it’s a little strange to withdraw from the cheaper, less development-heavy Formula E to focus on road EV programs while still spending lots of money working on dead-end hybrid engines in Formula One, given Mercedes’ (and the industry’s) turn away from combustion.

But motorsport is really more of a marketing exercise than a technology exercise, especially in a mostly-spec series like Formula E, where teams have limited development options. And let’s face it, Formula One gets a lot more eyeballs than Formula E. Winning races in popular motorsport raises the brand’s value with enthusiasts, and can drive sales. “Win on Sunday, sell on Monday,” is the common saying.

So Mercedes won this Sunday, and then… quit, on Wednesday. It doesn’t make much sense, until you think about motorsport as a marketing exercise and realize they don’t currently have any enthusiast-focused electric cars to sell. The EQC is Europe-only and is an SUV, and the EQS sedan, which we’re excited about, has just started taking orders, but also only in Europe so far.

But they will have those cars available to sell next year, when they plan to continue in the series. If Mercedes does well next year, they could use their Formula E success to help drive sales of the EQS, instead of continuing to sell more poison-belchers on the back of their Formula One success. And that motivation will only get stronger as time goes on and as Mercedes needs to sell more EVs and fewer belchers.

So we kind of understand the move, but it still seems weird, doesn’t it?