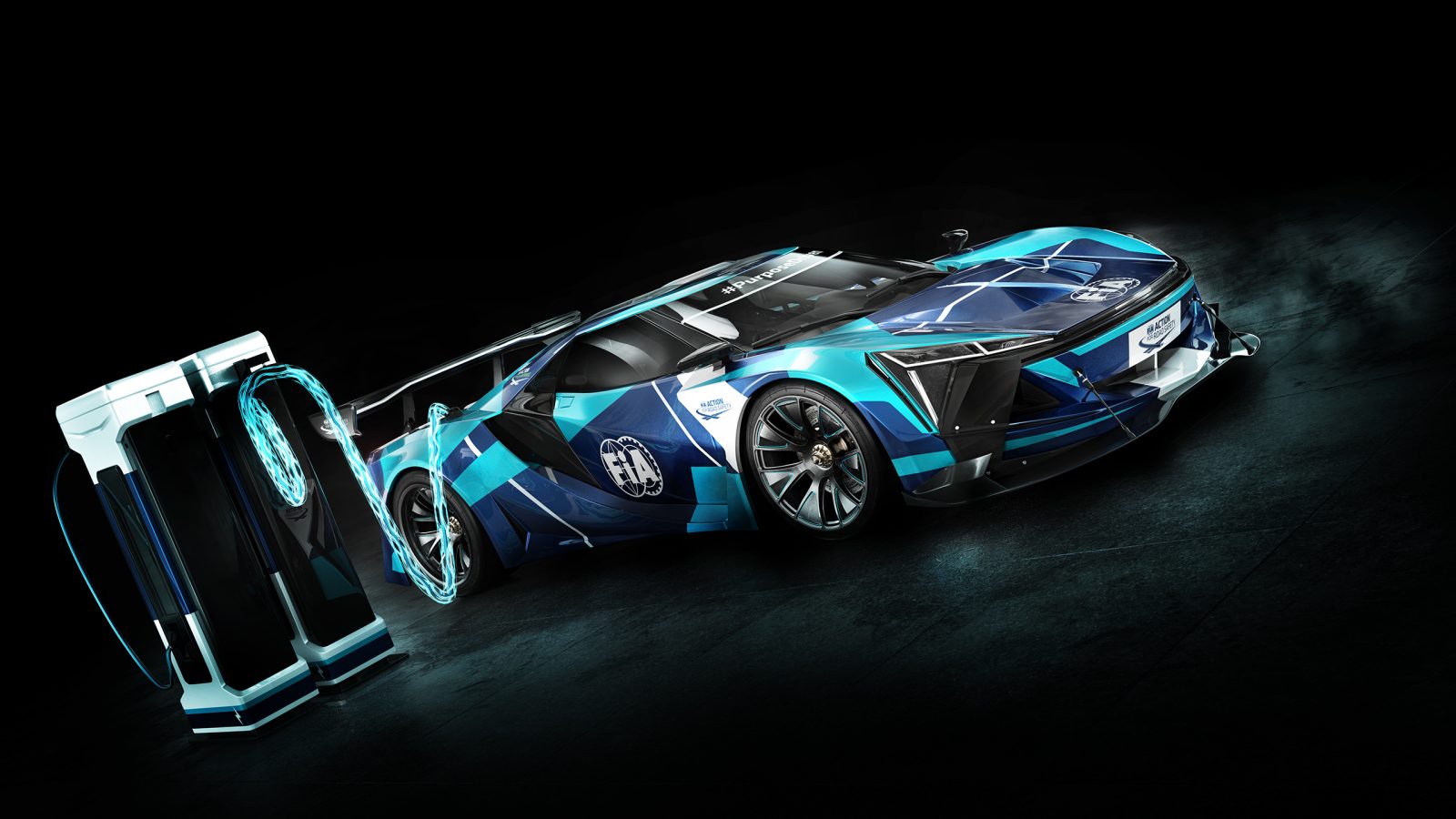 Think your Tesla Model 3 is charging fast at 250kW? The FIA’s GT series would like to have a word with you. The international motorsport body today introduced the specs of its GT race series that includes a crazy-fast but also crazy-necessary charging rate of 700kW(!!)…

The Federation International de l’Automobile (FIA) today released the new regulations that can be seen below and include up to four electric motors, 87kWh total battery capacity, 430kW max power, estimated 2.4 second 0-100kph time, and top speed of 300kph (186mph) as well as 700kW regen and max charging speed.

Obviously, batteries only charge at top speed when they aren’t close to fully charged so these batteries will only charge to 60% while on circuit.

The cells were designed to allow for 700kW peak regen and 700kW fast recharging that will enable them to replenish to 60% of their capacity within a few minutes during a mid-race pit stop. The charging network will be developed to meet the fast-charging requirements and depending on the venue, will include elements of permanent and temporary infrastructure.

A little back-of-napkin math: 60% of 87kWh is just over 52.2kW. At 700kW, that is a 4.5 minute pit stop. While that doesn’t compare to the almost instantaneous F1 pit stops and car swaps that we saw in Formula E, the technology does bode well for the auto industry that the FIA is feeding.

The all-electric GT series hopes to trickle technology into road cars, and the 700kW fast-charging technology would be game over for gasoline at the gas station, charging 70kW of battery in just six minutes. That’s barely enough time for a bathroom break.

The battery cells will be made by Saft, a subsidiary of Total:

[T]he category will allow the manufacturers to build their own bespoke battery layouts based on Saft-supplied cells. Relying on Saft’s 100 years of experience in areas such as aeronautics, space programs, defense and motor sport, Saft has developed bespoke lithium-ion pouch cells optimized for the needs of the new class.

All of the players have made comments on the new technology:

Jean Todt, FIA president, said: “The FIA’s vision is to make motor sport a laboratory for sustainable mobility. The announcement of this new electric-powered GT car category is a key milestone serving this goal as it will pave the way for new battery and fast-charging technologies. A perfect illustration of our race-to-road approach.”

Leena Gade, FIA GT commission president, said: “The market for high-performance electric road supercars is on a constant rise, hence a platform to allow manufacturers to develop and showcase their technology was much needed. Creating these technical regulations has been a key project for the FIA GT Commission over the last 18 months. We’ve held regular discussions with GT manufacturers through our Technical Working Groups and there’s keen interest in this new category. It also widens the FIA’s GT portfolio, coexisting alongside with GT3, which will remain the focus of the customer racing market worldwide for the time being.”

Xavier Mestelan Pinon, FIA technical director, said: “The role of electric propulsion in automotive industry is ever-increasing, as we want motor sport to be relevant to our industry, more and more competitions are going in this direction. The main technical challenges are battery development, battery integration in the cars and fast charging technology. This is crucial to the manufacturers who want to develop road-relevant technology rather than relying on standard components. Also, being able to utilize and adapt GT3 platform ensures that costs are under control.”

While I’m not a huge race fan (which made my stint at the FIA as its communications manager an interesting one), I do love that the motorsport body is pushing the technology forward. If electric cars are ever going to win over every last gas car person, the charging rate has to keep increasing.

A 700kW charging rate that could fill up 70% of a 100kWh battery or about 280 miles of range (4+ hours of highway driving) in 6 minutes would be hard to complain about. That’s barely enough time to run to the restroom, let alone grab some food.

Back to the race. I’m a little bit torn here. On the one hand, 4.5 minutes is a crazy-fast stop for an electric car, but on the other, it’s forever during a race. One look at Indy Car pit stops and the cars barely even stop (7 seconds to fill a 18.5 gallon tank) before all four wheels are changed and a bunch of petrol is shot into the tank. I’m trying to imagine a four-minute lull in the race while a car is sitting on the charger, and it doesn’t seem that exciting of a moment for the electric car movement.

But we’re excited for the GT series and will keep you updated on how the events will unfold as well as this year’s Formula E.