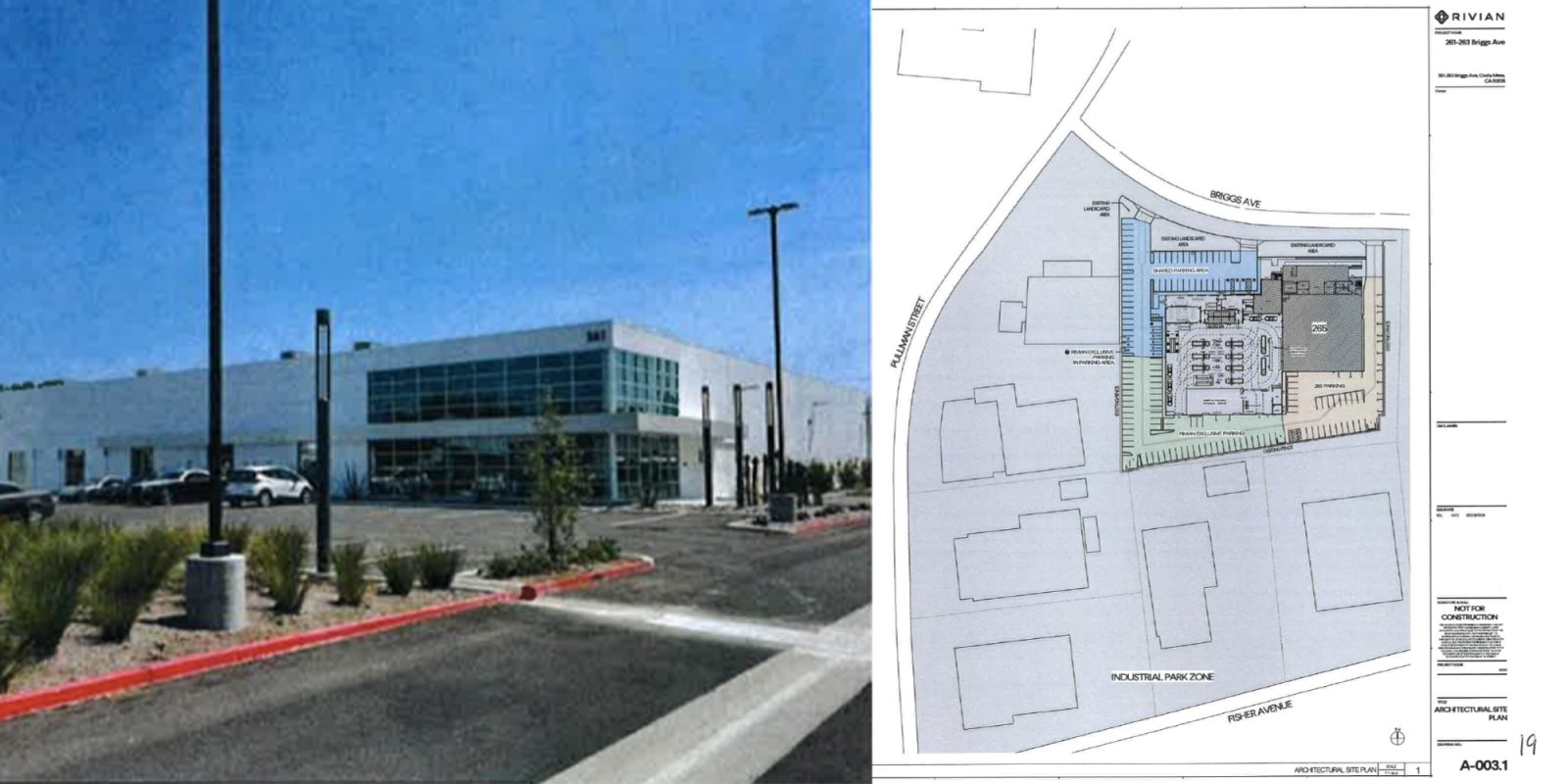 US EV automaker Rivian has submitted a permit application to the Planning Commission of the City of Costa Mesa in Orange County, California. According to the application, Rivian has requested a conditional use permit (CUP) to revamp an industrial building to support 24/7 maintenance and receive new EVs for inspection before they’re delivered to customers.

Rivian is an EV automaker on the precipice of delivering its first of two flagship EVs in the R1T pickup. After a recent delay, the automaker still plans to deliver the Launch Edition trim of its R1T next month, followed by the R1S SUV.

Furthermore, Irvine is a part of Orange County, California, where Rivian has now submitted an application to develop a new pre-delivery and service center.

According to documentation made public by the Planning Commission for The City of Costa Mesa California, Rivian has applied for a conditional use permit. The permit would allow Rivian to service and repair electric vehicles even though it’s located within 200 feet of a residentially zoned property.

On August 10, 2020, the same planning commission voted unanimously to approve Rivian’s original planning application and tentative parcel map of a 2.96-acre industrial site divided into three separate spaces, one of which would cater to auto repair. Per the application:

The proposed use would allow Rivian to establish its first service and delivery center in Orange County. The facility will act as Rivian’s pre-inspection and delivery center and will also conduct standard vehicle service and repairs associated with electric vehicles. The proposed use does not include any traditional body shop work or paint spraying and any on-site bodywork would consist only of replacements of damaged parts. Vehicles that require extensive repairs would be towed off-site to an authorized body repair business.

As part of the additional Conditional Use Permit (CUP), Rivian has requested permission to allow for 24/7 maintenance for tasks like wheel alignments, hardware replacement, and software updates. Normally, due to the proximity to a residential building, industrial hours are limited to 7 a.m.-7 p.m.

Furthermore, Rivian has relayed that the new location would act as a pre-­inspection/delivery center so employees can fully inspect custom-made vehicles before they’re delivered to customers.

In the application, Rivian stated EVs would be kept at this California facility for two to 14 days max, good news for reservation holders.

Other changes to the building

Within its application, Rivian has shared the following as it pertains to plans for the future facility in Costa Mesa:

The applicant proposes to remove the interior wall separating the two units to combine the units into one. Proposed improvements include a customer lounge, office area, restrooms, and employee break rooms. The combined warehouse space will serve as the indoor servicing area to include vehicle lifts, parts, tool storage, a technology center, and an indoor drive through car wash bay.

Rivian said it has no plans for changes to the exterior of the building apart from the installation of five Level 3 EV chargers and three Level 2 chargers on the West side of the building as well as a new transformer at the rear.

The Planning Commission for Costa Mesa is scheduled to meet Monday evening to vote on the Conditional Use Permit.

There is no shared timeline yet on when Rivian’s latest California facility would be completed if approved.