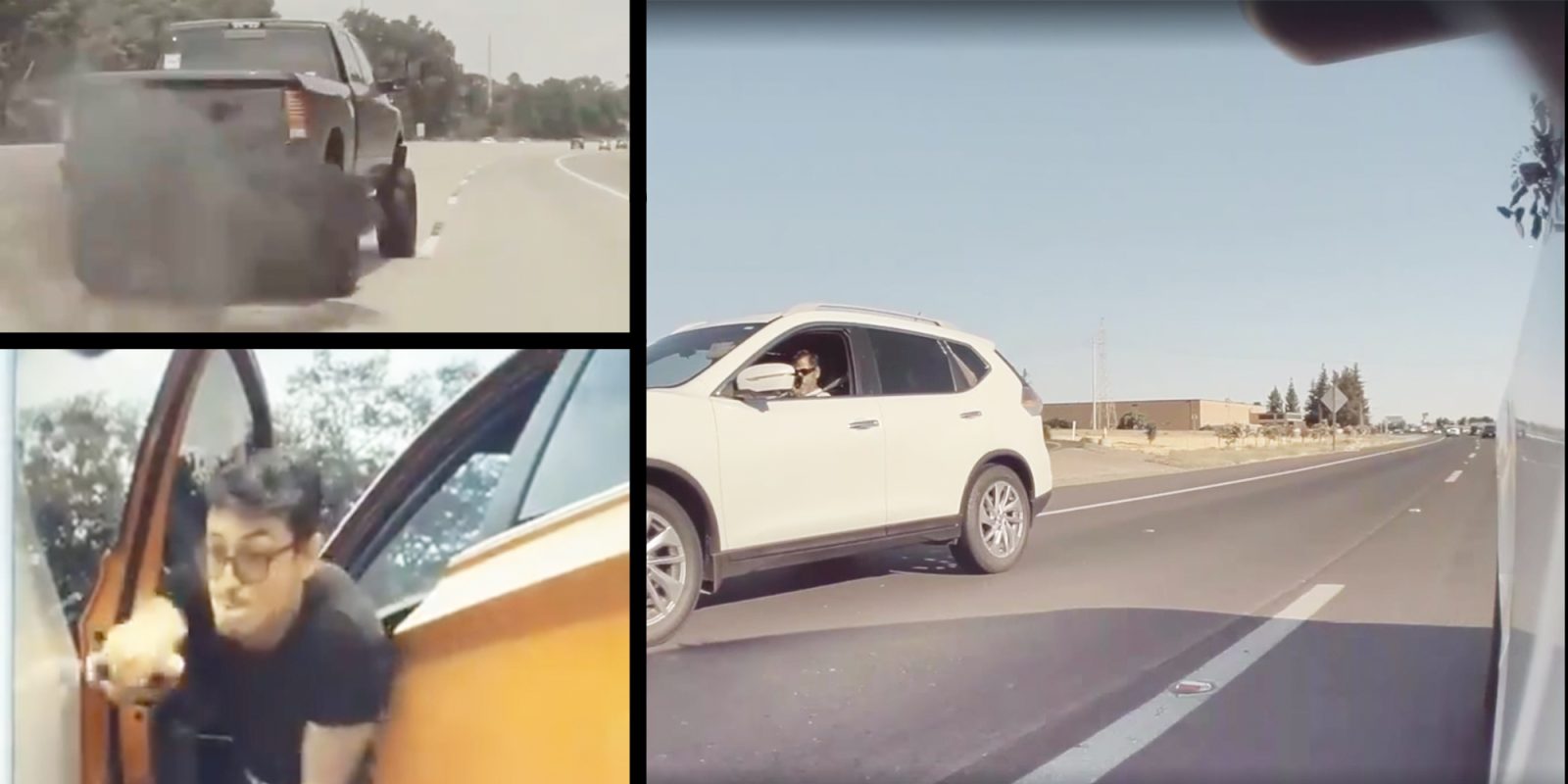 Imagine this – You’ve parked your pristine Long Range Model Y away from the other cars in the lot, and you’re inside your favorite café maxing on a loaded açai bowl. Suddenly, Sentry Mode on your Tesla sends you an alert capturing some guy in a beat-up Tercel pulling up, slamming his door into your side panel, then proceeding to key your beautiful, zero-emission angel. Uh oh, it’s blatant road rage toward Tesla. Not again.

What’s worse, the look in that man’s eyes is one of pure anger and prejudice, and it baffles you that the vehicle you drive could offend a stranger so much that they go out of their way just to take a dump on your day.

Unfortunately, there is a well-documented history of road rage like this toward Tesla owners, although many times, they are the ones who get the last laugh. Here are five instances in which Tesla owners have been blatantly disrespected in public just because they drive an EV.

Tesla owner in China gets their bumper “disassembled”

Back in 2019, someone in China captured images of someone else’s Model S facing major road rage on the front end. In fact, its bumper appeared to have been detached from the EV with the frunk left open.

Apparently, the owner of the Model S was laying down some disrespect of their own by allegedly parking in a Supercharger stall without actually charging.

This is absolutely a big no-no in the EV community, no matter what vehicle you’re driving. This very well could have been a rare “Tesla on Tesla crime” due to the need for a Supercharger stall, but that is well beyond determining at this point.

However, that does not warrant the right to start playing mechanic on someone’s Tesla. Seriously, did they have their toolset handy or simply try to tow this thing off themselves? Geesh.

It’s hard to track this story from across the pond, so we are not sure if the disassembler was, in fact, suffering from Tesla road rage and if they were ever caught.

In San Diego during the summer of 2019, a Model 3 owner named Cory Janney and his wife parked their Tesla outside of Best Buy after encountering a BMW driver who blew a stop sign. A common signal of someone suffering from road rage in general, not just toward Tesla.

Janney came back to find the entire passenger side of his Model 3 decorated with a hefty scratch worth over $1,000 to fix. Unfortunately, the Tesla owner did not have Sentry Mode active at the time of the metal on metal gore, but his dashcam was active.

Sure enough, that same BMW was captured pulling up, and its driver got out and scratched the entire passenger side with a sharp object. The Model 3 owners then shared the dash footage with the local news to try and track down the Tesla hater.

Last we’ve seen, the Beemer bully is still at large, so stay on the lookout, San Diego!

This past June, a visitor to a General Motors assembly plant in Wentzville, Missouri, returned to their Model 3 to discover they had received a parking violation from the GM lot attendants.

Believe it or not, it is common practice for automakers to have designated lots for their own brand of vehicles and separate lots for other domestic or international vehicles.

In this particular instance, the Model 3 owner correctly parked their EV in the domestic non-GM vehicle lot. However, the parking attendants for GM did not recognize the Tesla Model 3 as a domestic vehicle, which is brilliantly poetic given that the Model had been named the most American-made car just prior to that.

This is by far the most lighthearted story on our list, as it includes a Tesla, but no road and virtually no rage. The parking violation also came with no fine, simply a mistake by a GM employee, for which the automaker has apologized.

You sort of have to be deranged to risk harming another human being in this way, correct? This past June, integrated dashcam footage from a Model Y captured the disturbed man wield a weapon, aim, and shoot out the window of the Tesla while driving on I-5, aka “the 5,” in California.

Luckily, TeslaCam on the Model Y captured the whole incident, including a clear look at the face of the man in a Nissan Rogue brandishing some sort of weapon that shot the projectile at the rear window.

Thanks to that footage, California Highway Patrol was able to identify the suspect and arrest him while he was sleeping in his car. With him were two different homemade shooting contraptions alongside BBs and marble-sized projectiles.

Woman driving Tesla with her child gets “coal rolled”

One of the more popular forms of road rage toward Tesla owners comes in the form of coal-rolling. Now, if you’ve never heard of the coal-roll, this clip from The Real Bros of Simi Valley sums it up quite nicely, at captures the true “brilliance” inside the heads of drivers who perform the act:

In this instance, a young woman and her child were driving their Tesla when a lifted pickup decided it was more important to recklessly switch lanes back and forth and suddenly brake to blast black exhaust in front of the Tesla driver; clearly a primal and pathetic exertion of road rage.

Luckily, the family was okay, and there were no accidents, although that pickup driver was blatantly endangering others on the road.

The HEPA air filter on the Tesla certainly helped as well, although that truck driver is probably still basking in that carbon-filled moment, obtusely telling themself, “ha! Showed them!”

Gas guzzling pickup drivers appear to be the largest proponents of Tesla road rage, and there are multiple incidents that Electrek has previously documented:

Tesla road rage is real, stay safe out there

We are not here to fearmonger. Most Tesla owners will encounter other drivers or pedestrians in public that will simply admire the EV passing by or even try to sneak a photo with it.

In reality, most other drivers could care less that you’re in an EV, as long as you’re driving the speed minimum and paying attention.

However, there are instances like those shared above where Tesla road rage is on full display, and the hate toward a symbol of a zero-emission future is genuine. Unfortunately, there are plenty more examples beyond this list, but hopefully, that changes soon.

People fear things they don’t understand, and even worse, we as a society loathe change. Well, the world of transportation is vastly shifting and doing so quickly.

We must do our part to educate the masses on the benefits of EVs so that this disrespect can be absolved and we never have to see any coal get rolled ever again.