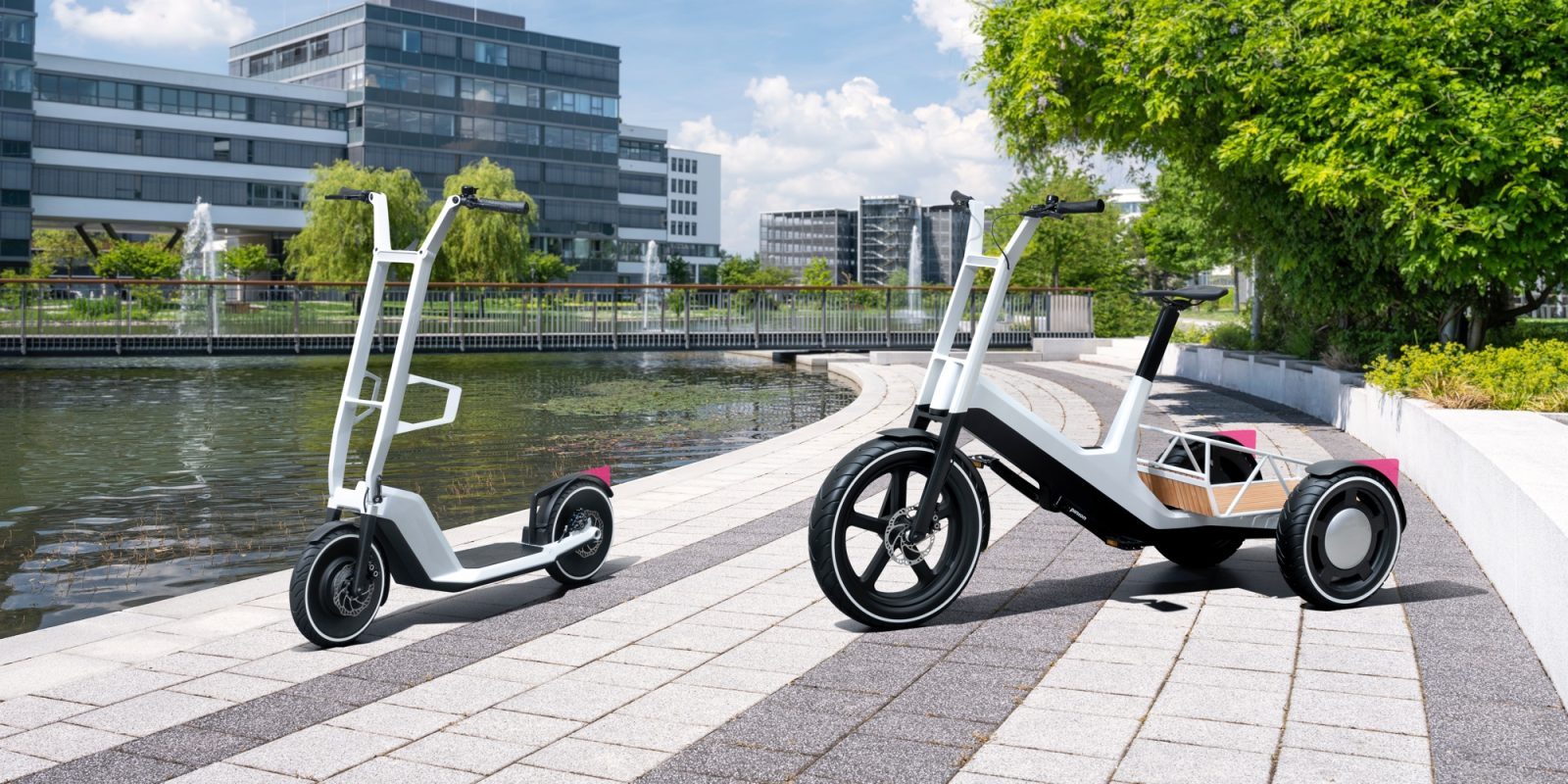 BMW is taking another stab at the world of personal electric mobility, this time showing off a new design for an interesting electric cargo trike, as well as a similarly-styled standing electric scooter.

The electric cargo trike is known as the Dynamic Cargo.

It features a larger front wheel and two smaller rear wheels placed on either side of a modular rear cargo area. Typical bicycle-style pedals engage the electric motor to provide powered assistance.

The cargo area is designed to accommodate different cargo attachments for carrying various items from packages to children.

While most delta trikes with two rear wheels suffer from instability in turns, BMW designed the Dynamic Cargo to lean into turns. The frame pivots just forward of the rear wheels and cargo section, meaning the rider and front wheel can lean into turns like a conventional bicycle.

BMW designed the Dynamic Cargo as an improvement over most long-tail electric cargo bikes, as the size still fits the length of a typical bicycle. The cargo is also mounted lower to the ground to increase stability and ease of loading.

The only problem is that along with the new debut, BMW has simultaneously stated that it will not be producing the Dynamic Cargo electric trike. Instead, it is hoping to find another manufacturer that wants to license the design for third-party production.

So we likely won’t see a BMW Dynamic Cargo, but the design isn’t necessarily dead on arrival either.

Another design that BMW unveiled but won’t be producing is a companion electric scooter known as the Clever Commuter. It looks similarly styled to the Dynamic Cargo but offers a more traditional standing scooter design. “Traditional” might not be the best word here, though, as the appearance is certainly novel.

The electric scooter design features an innovative folding mechanism that shortens the scooter’s wheelbase by also folding back the rear wheel, which BMW showed off by illustrating how it can be carried sideways onto an escalator.

That might sound like a random example, but it’s actually quite important for the millions of people who hop on a subway or otherwise ride an escalator to get to a train platform for their commutes.

A front hub motor provides power to the scooter, and both the Clever Commuter scooter and Dynamic Cargo trike use removable batteries rated for 20 km (12 mi) of range.

That’s not particularly impressive range based on current industry standards.