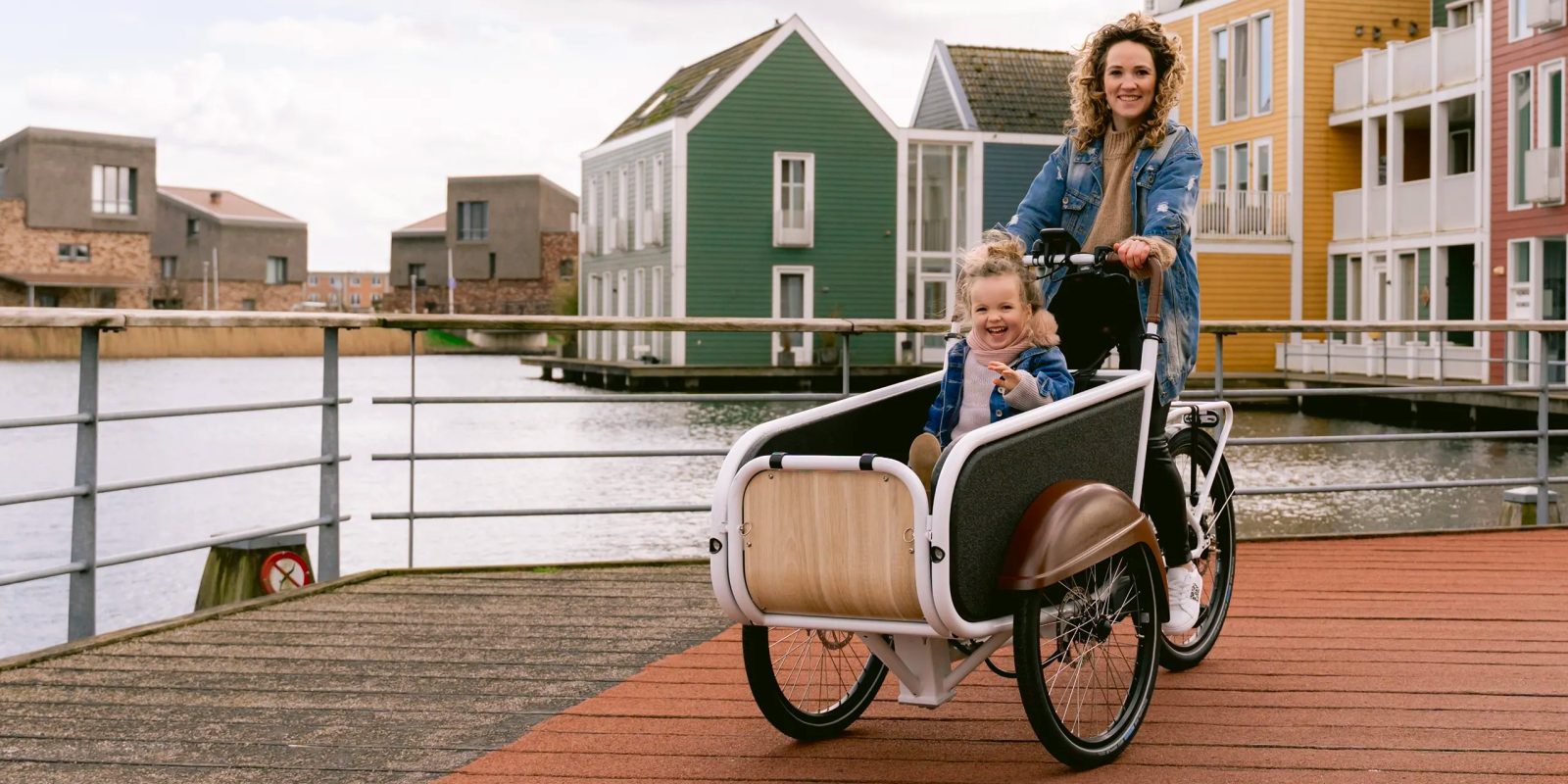 Bunch Bikes just added a new electric cargo bike to its lineup, and this one comes with all of the Dutch stylings you could ask for.

The Coupe is the company’s latest e-bike, or technically e-trike, designed to carry the whole family. With kid seats and dog leash tie-downs, Bunch is making sure to include as many two and four-legged family members as well.

Bunch’s Coupe electric cargo bike is powered by a Bafang M400 mid-drive motor with up to 80Nm of torque. The motor is fed by a large 36V 20Ah battery rated for 720Wh of capacity and up to 75 miles (120 km) of range with pedal assist.

The Coupe doesn’t just have that Dutch flair to it; each one is actually built in Holland, making them true Dutch e-cargo bikes.

Before you balk though, check out all the fancy features you get, which when combined with that European manufacturing help to bump the price up to five Gs.

Stopping power comes from a pair of Tektro Auriga dual-piston hydraulic disc brakes and shifting is provided by a NuVinci Enviolo step-less transmission with automatic shifting.

The aluminum frame includes built-in lighting and a drop gate at the front of the cargo box, plus there’s an integrated rear rack (in case that giant box isn’t enough cargo space for you).

You also get a Hebie Chainglider to keep the chain completely enclosed and hidden away. Speaking of hidden away, all of the wiring is run internally to the frame and the battery is hidden from view under the cargo box, meaning the Bunch Coupe doesn’t even look electric.

The wheels wear Schwalbe Big Apple Plus tires and are actually angled inwards to give more stable turns. They are also covered by fenders and wheel skirts to keep little wandering fingers from getting too close..

Bunch expects the Coupe to begin shipping in February of 2021 and is now taking pre-orders, though the promotional price is only available through the end of this month.

I do love me a good electric cargo trike, and have been known to rock them before.

But the Coupe is definitely a couple steps up in terms of craftsmanship compared to anything like this I’ve ridden before.

It isn’t cheap, but you sure do get a lot for your money. Not only does it look like a well-made and attractive design, but features like automatic shifting, integrated lighting and wiring, the mid-drive motor and the large battery are all going to add to the cost – not to mention paying Europeans a real wage to build a quality bike.

I personally would have liked to see a 48V system on a bike that is designed to carry such heavy loads, but I’ve used the Bafang M400 motor before on a 36V system and it still has nice pull, even if it is not mind-blowing.

All in all, if you’re hoping to replace a second car with a cargo e-bike, the Coupe from Bunch Bikes would be a slick way to do it.