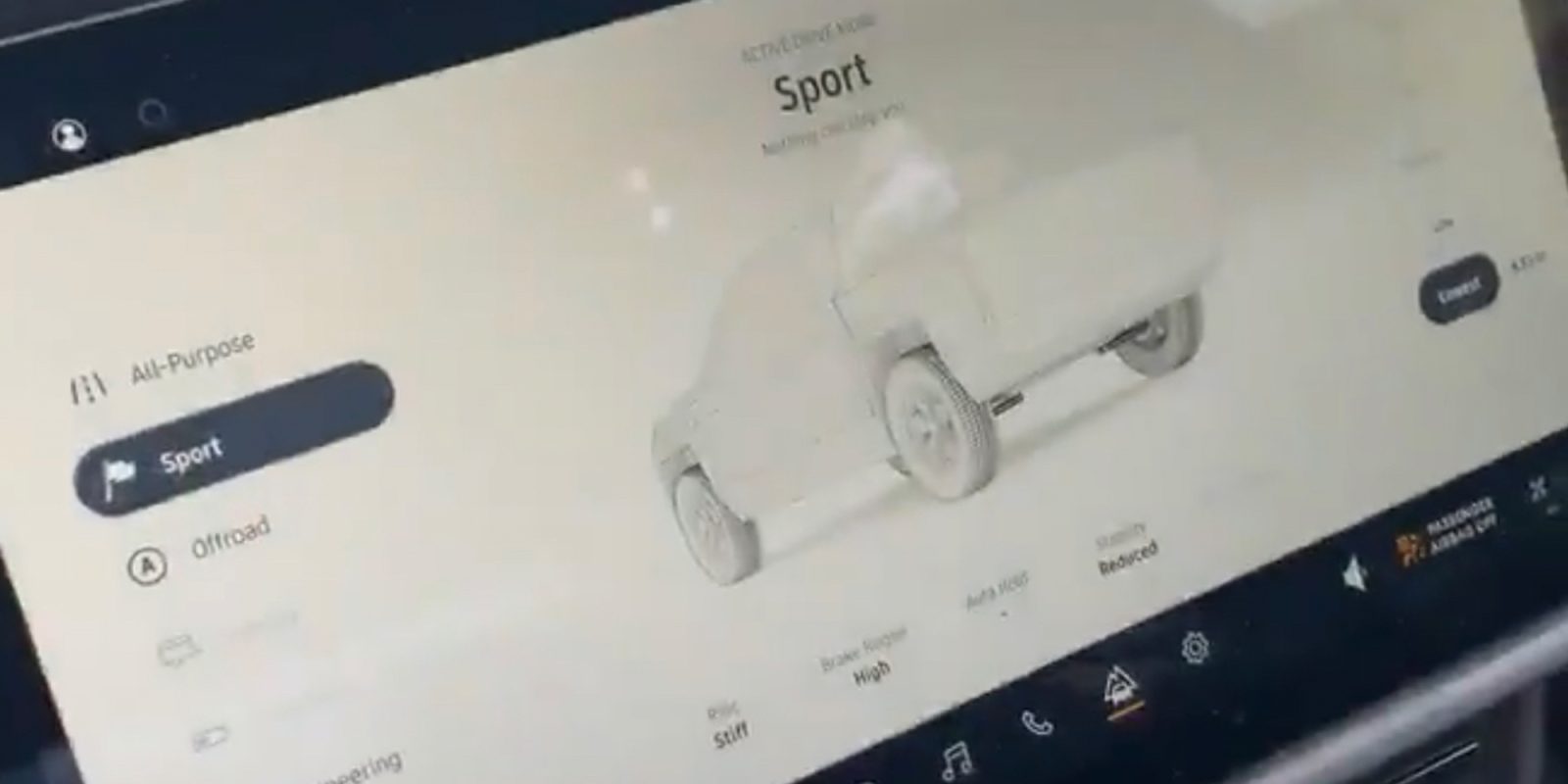 One lucky person has a neighbor that works at Rivian. Better still, their Rivian neighbor was generous enough to allow them to go for a spin in an R1T and capture some footage from their phone of the interior, including the upcoming EVs User Interface (UI) and other controls.

If you blink, you might miss it, though, as the videographer must have been so giddy with excitement experiencing the Rivian R1T that they couldn’t hold the camera still.

The Rivian R1T is set to be the flagship EV rolling off assembly lines for the American newcomer this summer. While the first versions of this pickup were originally slotted to begin deliveries this month, Rivian announced delays until July.

While consumers have not seen any deliveries of the Rivian R1T yet, they have seen even less of its interior functions such as its controls and UI. At least until now.

The video footage was posted to Rivianforums.com by user Babbuino, and looks like it may have been taken from Twitter. Credit to fellow forum members lg3103 and autocletus for taking screenshots of the Rivian R1T UI from the videos.

Keep in mind, these videos are all very short with a lot of movement, so these members had their work cut out for them in trying to pull a crisp image. Here’s what we’ve been able to gather so far.

As you can see above, we now have an unfocused glimpse at the controls on the R1T steering wheel. Below you can get a better look at the UI system and some of the settings drivers may soon see in their own Rivian EV.

UI on the Rivian R1T

In this video, UI settings on the R1T appear to have RIDE set to “stiff,” Break Regen is on “high,” and Stability is set to “reduced.” We also spot “all-purpose,” “sport,” “off-road,” and “engineering mode” although it’s tough to make out the rest.

Turns out “zoom and enhance” only works on CSI shows. We agree with forum members who are speculating that the engineering mode is for pre-production models like this R1T, and will not reach the UI of future Rivian owners.

In the image above, you can sort of make out some of the icons on the top and bottom of the UI touchscreen. Unfortunately the most visible icons are the obvious ones such as the clock, WiFi signal, temperature, and passenger airbag notification.

You’ll notice on the screen however, that setting on the UI is highlighted as “lowest.” We cannot confirm exactly what this setting is due to image quality and grayed out options above, but the forums speculate that this could be the suspension settings. That makes sense, given the positioning and other setting of “low.”

Unfortunately that’s about all we can make out at the moment. If you notice anything particularly interesting, let us know in the comments below.

A steady hand is crucial for quality footage. Unfortunately, most of us did not go to film school, and you can’t blame anyone for that. It would have been nice to get some more steady footage of the Rivian R1T interior and UI, especially to capture some screen grabs, but here we are.

Hey, it’s something, right? The R1T was originally scheduled to begin deliveries by now. Even with a delay of only a month, there is still much consumers don’t know about some of the basic features the UI and infotainment systems will hold.

Instead, we have to scrub through precarious videos of excited neighbors and speculate about what we are or are not seeing. Some of these screens or options may not even make it into the production EVs, either. This could still be a beta system being tested by the Rivian employee.

At this point, more remains uncertain about the R1T UI and other controls than what has been shared by Rivian. Hopefully more details come to light soon. Better yet, Rivian starts delivering these pickups, and we can all get our own joy rides.