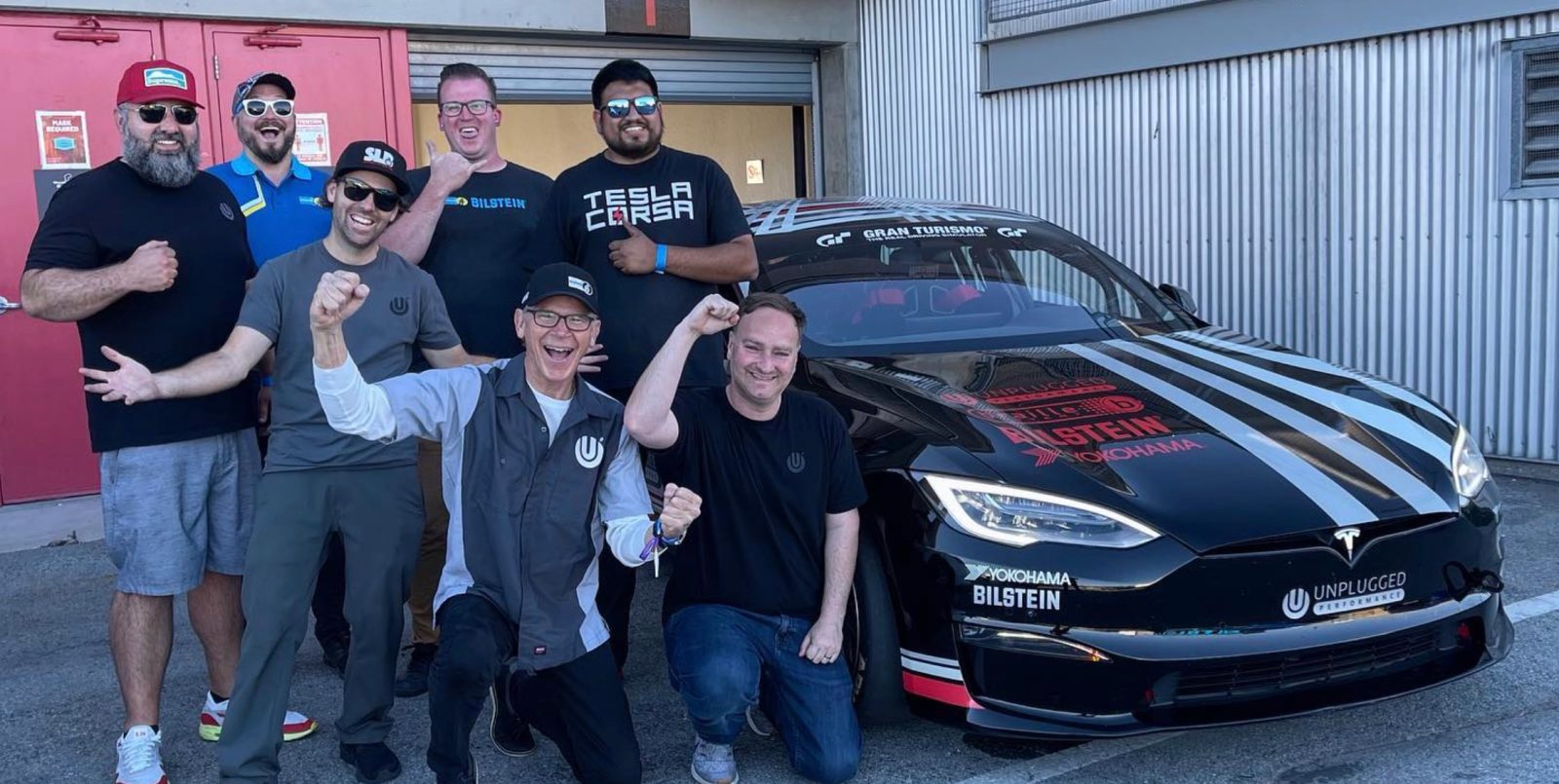 Unplugged Performance was spotted bringing a brand-new Model S Plaid with a whole custom performance kit installed to Laguna Seca just a day after Tesla started deliveries of the new version of the performance electric sedan.

It’s safe to assume that the Tesla tuning and aftermarket accessory company was given new Model S Plaid ahead of regular customers since it would be virtually impossible for them to put the car together that fast.

Furthermore, it looks like the vehicle has a regular “Plaid” badge found on Tesla engineering prototypes instead of the new Plaid graphic found as a badge on the new Model S Plaid vehicles being delivered to customers last week.

Either way, it’s an interesting development, as Unplugged Performance has undeniably been getting closer to Tesla lately.

Last month, we reported that they became an official authorized Tesla service and repair shop, which was a big seal of approval for the Tesla tuner.

Now it makes sense for Unplugged, which is known for pushing the performance of Tesla vehicles, to tackle the automaker’s latest top performance vehicle.

They were invited to the hypercar invitational and took the occasion to test their new vehicle ahead of Pikes Peak, which is going to be the real coming-out party for Unplugged Performance’s Model S Plaid modded vehicle.

The vehicle was spotted passing supercars like the Porsche 911 GT2 RS, McLaren P1, and Senna on the racetrack:

Schaffer told Electrek that the Model S Plaid achieved an impressive speed of over 150 mph on the straight.

Unplugged won’t be able to attempt a track record on Laguna Seca until after Pikes Peak, but we expect some great things from it after Tesla has been achieving record times on the track with its own Plaid prototypes over the last few years.