Ample teams with Sally in NYC to deploy battery swaps in ride shares, taxis, and more 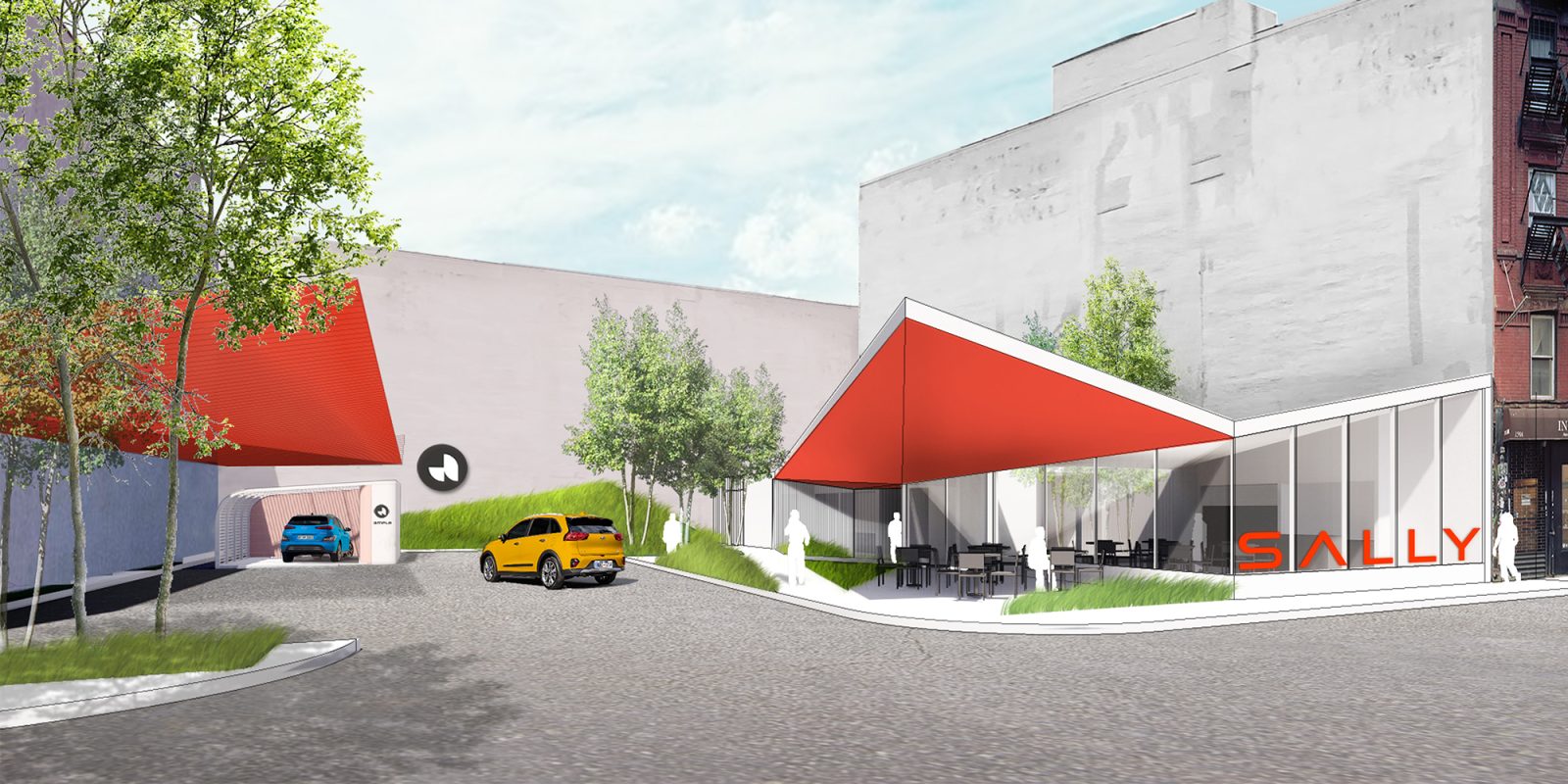 A recent announcement from battery swap startup Ample, has revealed a partnership with Sally to help transition ride-share, taxi, and last-mile delivery drivers toward EVs using Ample’s battery swap technology. As a part of the partnership, the companies will also co-develop unique centers to sit alongside battery swap stations, so drivers can use the restroom and rest while their EV gets a new modular battery pack.

Ample is a California-based startup that has raised over $70 million in venture capital toward its battery swapping development. This includes $31 million of Series A funding from Shell a few years ago. Last March, the company began deploying its autonomous battery swapping stations around San Francisco. With its latest announcement, Ample looks to expand its swapping reach to other major metropolitan areas, beginning with New York City with the help of Sally.

Sally is a NYC-based startup that implements its own proprietary technology to scale and support EV fleets of drivers – particularly cabs, ride shares, and last-mile deliveries. Sally is actually responsible for the first yellow cab EV fleet in New York City, and will bring its wealth of knowledge of the area to the new partnership with Ample.

Per the announcement from Ample, the new partnership with Sally is the beginning of a complete EV framework across major US cities including Los Angeles and Chicago in addition to the aforementioned San Francisco and NYC. Ample’s CEO explains that the goal of the partnership is to make swapping stations as ubiquitous as gas stations.

In an interview with Electrek, Ample cofounder and CEO Khaled Hassounah spoke about the partnership with Sally:

Sally was really focused on adopting a best-in-class EV solution in different markets. They spent time understanding the charging infrastructure problems in the world today, due to being really focused on adopting EVs in different markets, as well as how fast charging isn’t the best solution for their drivers since they need to charge up once or twice a day for a longer amount of time than it would take to get gas. After doing extensive research, they discovered Ample as the perfect solution to the charging infrastructure issues as we have modular battery-swapping delivered in under 10 minutes, with no degradation of batteries due to slow charging in the stations and more cost-effective than charging stations.

As part of the partnership, Sally will not only help drivers transition to battery swap-enabled EVs, but will also be working with Ample to erect stations for drivers to hang out at while their batteries are being swapped. Hassounah elaborated for Electrek:

Sally and Ample are joining forces to design cutting-edge EV service stations to deliver a best-in-class experience to professional drivers. Ample’s energy service will enable a seamless transition to electric vehicles for drivers because they will be able to maintain the operational ease and convenience of gas stations without compromising their earnings. The stand-alone facilities will feature Ample Swapping Stations for drivers to quickly swap their vehicle battery, and a welcoming space where drivers can rest, use the bathroom, and re-energize before getting back on the road.

Much like the Ample Swapping Stations, these new driver hubs will require virtually no construction. This strategy is on brand with Ample’s previous goal of maintaining designs that allow for rapid low-cost deployment.

According to Ample’s CEO, the initial rollout in NYC will consist of 5 to 10 stations in the first year of deployment, before expanding some of the other markets mentioned above. He went on to say the following:

As part of our launch with Sally, we’ll be leveraging their local knowledge of each market and assessing their drivers’ needs. Initially, we’ll ensure that the metro area is well covered so that routes are optimized and swapping stations are available where needed. And we’ll be adding more stations as necessary.

Ample looks to begin its deployment with Sally in NYC and expand as needed. The startup believes its partnership with Sally will bring it one step closer of achieving its long-term goal of getting 1 billion EVs on the road. We asked about other milestones looking ahead for Ample, and Hassounah shared the following:

In addition to helping high-utilization fleets move to electric mobility in major cities (e.g., ridesharing, car sharing, last-mile delivery, gov/municipal fleets, corporate fleets, etc.), Ample will also provide help to municipalities in these cities to manage grid demand through expanding our storage capacity which can address drivers’ on-demand electric needs. Ample believes it is important to not just electrify our transportation sector, but to make it possible to move as much of that electric consumption to renewable sources seamlessly. By being able to charge the batteries when renewable resources are available and still deliver it into the vehicle on demand within minutes, Ample is able to help achieve the transition faster and more sustainably.

The Ample CEO hinted at more partnerships to come in addition to Uber in San Francisco and now Sally in New York. Hassounah told us there are “extensive partnerships being finalized,” of which will be revealed in the months to come. Check back with Electrek for the latest news around Ample and battery swapping technology.

This is another big step for Ample as it looks to implement battery swapping technology in a country that really hasn’t embraced it. OEMs like Tesla have tried the technology and have just as quickly abandoned it for DC fast charging.

While it’s still an uphill battle for mass adoption, that isn’t to say Ample can’t find success. NIO has proven the technology and the swapping station approach does work in China. By partnering with Sally, Ample should find a wider audience of drivers open to trying out the technology.

Ample’s modular battery packs can be implemented into most if not all EVs, including those Sally is renting to drivers. This prevents Ample from pigeonholing itself into just one make or model, and allows for more vehicles on the road in SF and NYC to begin.

It will be interesting to see how these service stations are implemented and where. With no construction, e.g. no digging, will these centers have access to plumbing for the restrooms? Or will they simply be spruced porta potties? Either way, it all sounds like a cool idea in concept, but we will have to see how the execution and driver adoption of the process goes.