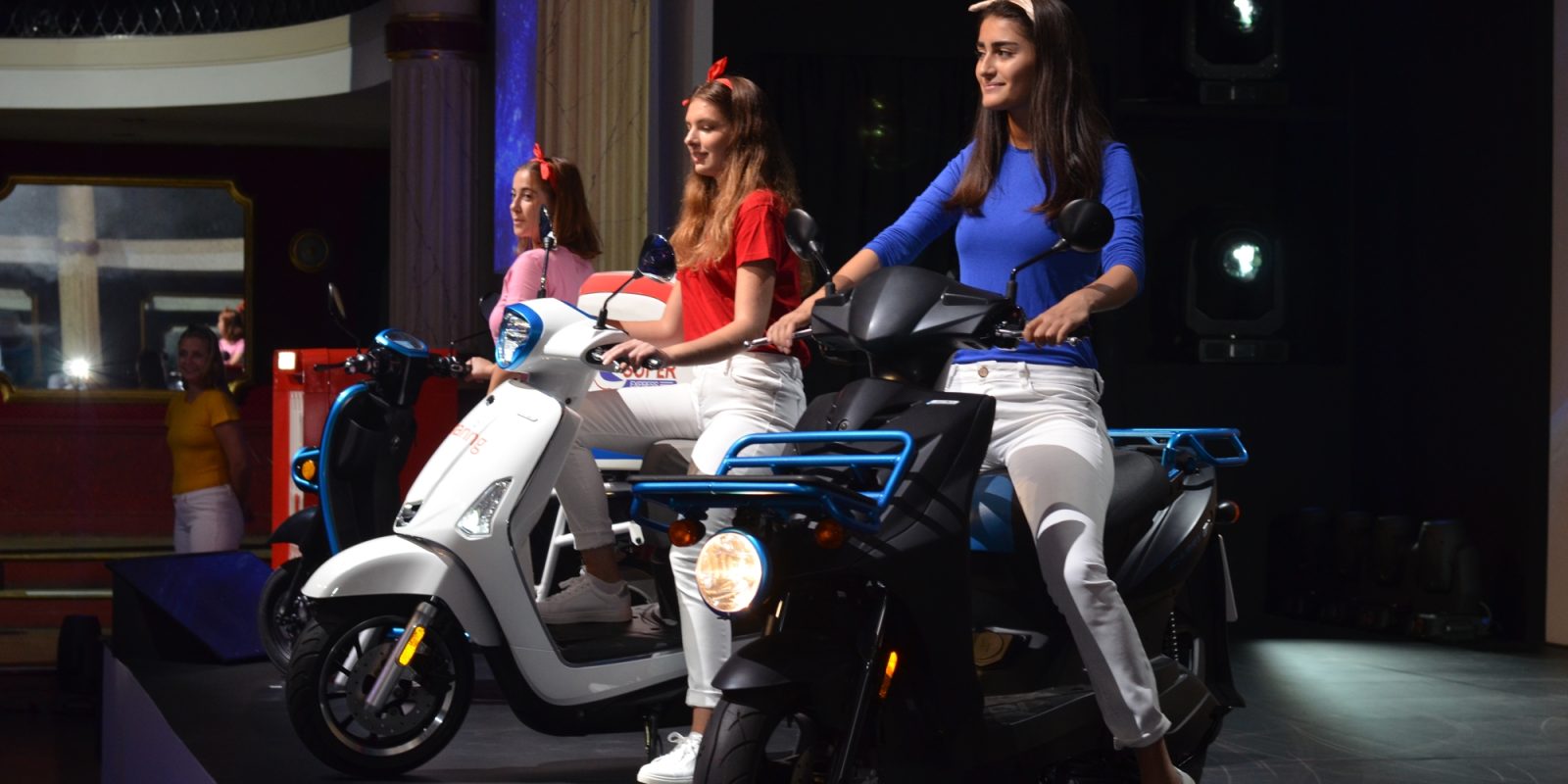 KYMCO is making a play for king of the battery-swapping hill, signing on two more electric motorcycle manufacturers for its Ionex battery swapping system.

While suburban electric motorcycle and scooter riders may prefer to park and charge in their garage, most riders in densely populated cities don’t have that luxury.

Battery swapping networks like KYMCO’s Ionex system allow riders to pull into one of many charging/swapping stations spread around a city and simply swap an empty battery for a fresh one.

KYMCO has just announced that it has signed on the manufacturers Super SOCO and FELO Technologies. Together, the group will create new electric motorcycles and scooters designed around KYMCO’s Ionex battery platform.

“With founding members Super SOCO and FELO Technology joining KYMCO’s electric strategic alliance, we have more diverse talent and expertise to work on the innovations of new products, technologies and services that will ultimately bring tremendous values to not only each individual member brand but also consumers all over the world. This is a strategic alliance with a meaningful purpose.”

“KYMCO, as an internationally renowned global brand, is the pioneer of two-wheeler electric transformation. We are delighted to be a member of the alliance to contribute our knowledge and expertise in designs and creativities while at the same time making use of the advanced technologies embedded in the Ionex open energy platform to create the leisure and classic models that fit our ‘Cool and Fun’ brand spirit.”

While this marks a major advancement for KYMCO’s Ionex battery standard, the company still has a way to go to catch up with the Gogoro Network battery swapping platform.

In Taiwan, home of both Gogoro’s and KYMCO’s headquarters, riders have over 2,000 swap stations to choose from. Riders in Taipei are never more than a kilometer (0.6 miles) from a swap station.

There, the swap stations are also used to reduce the price of Gogoro scooters, which are purchased with Gogoro maintaining ownership of the batteries. The resulting reduced price lowers the barrier to entry for riders to switch to electric scooters and motorbikes.

Those deals give Gogoro access to the massive markets of India and China, or over one-third of the world’s riders.

KYMCO doesn’t appear to be taking that news laying down though, and is racing ahead with its own agreements to see its standard gain wider adoption.